CBS reported that its live stream of Super Bowl 50 has broken previous streaming records, with 3.96 million unique viewers and an average viewership of 1.4 million viewers per minute--according to TechCrunch and other media outlets. This was the first... 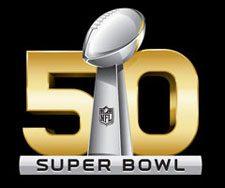 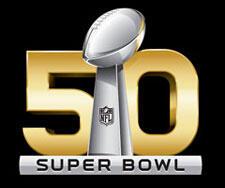 CBS reported that its live stream of Super Bowl 50 has broken previous streaming records, with 3.96 million unique viewers and an average viewership of 1.4 million viewers per minute–according to TechCrunch and other media outlets. This was the first year that, in addition to offering a free live stream via Web browser, the network made the live stream available via its CBSSports app to devices like the Apple TV, Roku, and Xbox players. Plus, advertisers were required to buy ads for both the live CBS broadcast and the live stream. Apparently those strategies paid off.

From TechCrunch
CBS reported earlier this morning that its live stream of Super Bowl 50 broke all prior streaming records for the big game. Now the network has released numbers to back up that claim: according to an announcement this afternoon, 3.96 million unique viewers tuned in to watch the Broncos versus the Panthers across laptops, desktops, tablets, connected TV devices and mobile phones.

To put those figures in historical context, NBC last year said more than 1.3 million people watched the Super Bowl through its web stream, which was then the highest number of concurrent users to date.

In addition, NBC’s live stream had also set records for average viewers per minute (800,000) and total minutes (213 million), per Adobe Analytics data cited by the network in its release at the time.

Prior to that, Fox’s 2014 Super Bowl live stream had peaked at around 1.1 million viewers, and averaged 528,000 viewers per minute.

It’s no surprise that the streaming figures are continuing to grow every year. Not only are more viewers than ever watching television via the web and other devices, the networks’ themselves are making it easier for viewers to find the game, no matter what platform the end user prefers.

For example, this year, CBS made the live stream available on its CBSSports.com website on PCs and tablet, as well as via its CBS Sports app on iPad, Android, Windows 10 tablets, as well on connected TVs via Apple TV (3rd, 4th generation devices), Roku and Roku TV models, Google’s Chromecast, Microsoft Xbox One, Amazon Fire TV as well as select Android TV devices from Sony, Sharp and Phillips.