CDs Sales Tank in 2008 While Blu-ray, Downloads and Even Vinyl Boom

CDs Sales Tank in 2008 While Blu-ray, Downloads and Even Vinyl Boom

It's not just a matter of newer being better - vinyl sales are improving, along with Blu-ray and downloads, while CD sales continue to slide, according to a report from Nielsen. What does this mean? HomeTheaterReview.com evaluates the situation. 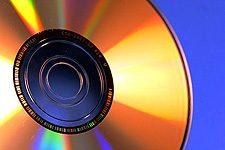 Just when you were thinking, "When will the music industry get it through their thick skulls that the compact disc is a dead audio format?" come new numbers from Nielsen that show that the CD is even more dead than we originally thought.

Digital downloads are popular with the Generation Y cell phone generation, but with the four major labels pushing a low-resolution, 25-year-old compact disc audio format as their high-line product, consumers have no reason to buy new music on CD or even re-buy highly profitable back-catalogue discs on a new format, such as the HDCP copy-protected, $200 a player Blu-ray format. Note that Blu-ray title The Dark Knight sold more high-priced HD video and audio discs in its first two weeks than the entire music business sold in vinyl in 2008, and vinyl sales were up drastically.

It's time that the majors remaster their back catalogue titles into 24 bit - 192 kHz HD audio in stereo, or even surround sound, and start selling their classic records and meaningful titles in HD. The compact disc is ten years past its death and the only people who don't understand it are the pony-tailed 60-year-old ex-hippies at the four majors. When the digital pipeline is wide enough, these HD files will sell just fine (and likely at a premium) via iTunes.

Want proof consumers in the middle of an economic meltdown will spend their money on high-definition content? Look at Netflix, where 500,000 people spend an extra $1 to rent a movie on Blu-ray so it comes in 1080p for their HDTVs. Audio enthusiasts bought nearly 2,000,000 vinyl records when there is hardly an independent record store to be found, even in the largest cities. Blu-ray titles that cost far more than any of today's CDs sell "platinum" levels in a week when a top-selling record these days is lucky to go "gold."

Consumers want HD audio just as much as they want HD video. Hollywood movie studios have figured this concept out and are making bank on it, as Blu-ray is one of the bright spots in the holiday shopping season, with its 1080p video and high-resolution Dolby True HD and/or DTS Master Audio HD soundtracks. Basically, Hollywood studios are giving consumers the best in high-definition audio on blockbuster titles like Iron Man, The Dark Knight and Wall-E, because consumers have reinvested in new players and accepted copy protection as part of the deal, yet the pony-tailed 60-year-olds at the four majors are trying to make a living by selling standard-definition compact discs and CD downloads to people's iPods. In tough times, consumers want more for their entertainment dollar and, for another year, the four majors are failing to realize this, while the video game and movie studios rake it in on disc sales.