For some time, the idea of high-resolution audio has stagnated as a niche interested. However, now certain members of the electronics and music industries are attempting to push it into the mainstream. 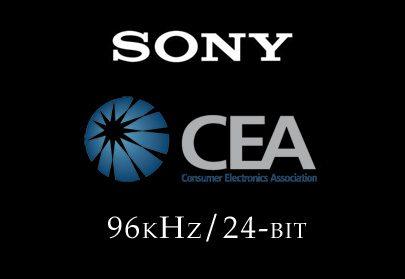 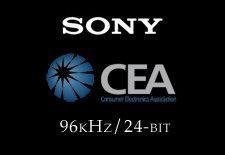 After 10 years of ranting articles in which I screamed and yelled at the top of my lungs about how the specialty audio industry needs to sell music in high-resolution formats, the Consumer Electronics Association, which is the lobbyist group for the CE industry and party host for the CES trade show, and major labels have had a change of heart. Yes, it took them 10 years to figure out that selling one-fourth the resolution of a 30-plus-year-old compact disc via the iTunes store: a) sold the customer the worst representation of the art that the musicians created, and b) allowed Apple to literally own the distribution channel that the labels controlled for so long with an iron fist. Now attitudes have changed. The labels know that Apple owns roughly 63 percent market share of the downloaded music in the U.S., yet only sells music in way-below-CD resolutions, and they see an opportunity.

Additional Resources
• How To Get HD Music Into Your System by Mark Smortoff – August 5, 2013
• All about High-Definition Music Downloads
• The Man Who Could Save HD Music is Gone by Jerry Del Colliano – October 31, 2011

During a press event last week in Manhattan, the major labels said that they are willing to license their music in larger volumes and in high-resolution formats to new players. The most notable success in this space has been Chesky Records’ HDTracks.com, which has quietly blazed a path for HD downloads and created a catalog today that is vastly superior to the entire aggregate of every SACD and DVD-Audio disc sold. They have artists like Michael Jackson, Prince, Madonna, Rush, Yes, John Coltrane, and Miles Davis, as well as more modern bands like Daft Punk. This is only scratching the surface. If you will take the time to learn how to get these files into your system through any number of solutions – including a new music server from Sony – you are in for an HD musical treat.

Millennials have consumed music in low resolution for their entire lives, yet spend money on HD content in increasing numbers, through video games, HD video downloads from iTunes, Blu-ray, and elsewhere. HD is not a novelty to this record-setting demographic; it’s the norm. Thankfully, the music industry is coming around to the idea of selling Millennials music in a format that will allow them to appreciate the art form as the musicians, engineers, and artists intended.

With signs of economic growth and the Millennials aging a bit, the opportunity to sell them music in a more meaningful way is rife with opportunity. However, the way people (not just Millennials) consume and purchase music is very different than the days when the majors controlled the distribution of music sales. People listen to music based more on genre and mood, and they find new music via relational-database-driven powers like Amazon, Spotify, and Pandora. Tower Records, Virgin Megastores, and Sam Goody’s are deader than dead, even if Gen Xers and Boomers remember trips to the record store fondly. Oh, and for the people still talking about vinyl’s resurgence as the future of audio … please, please, please get over yourselves. According to Nielsen Soundscan, every vinyl record sold in 2012 was about 3,900,000 units, which makes the entire format barely multi-platinum. The “dead” 30-year-old compact disc sold over 190,000,000 units in the same year. EA Sports’ Madden Football 2013, at $100 per disc, sold over 900,000 copies at nearly eight times per disc in one day, according to Forbes.com. I could pile on and suggest that vinyl has 65 dB of dynamic range versus 100-plus dB in an HD download. Or I could remind readers that the “hiss” you hear on a record is actual distortion coming from the vibration of the stylus in the grooves of the record. Is vinyl kitschy? Yes. Does vinyl have a ritualistic, analog routine, including reading the liner notes and flipping the record without skipping from song to song on shuffle? Yes again. Is a 70-year-old format the future of the music industry? Not a chance, no matter what the audiophile print magazines tell their true-believer readers. Now the major labels are thankfully (and finally) getting the point.

Media is selling very differently than in the past. Uber-high-end media server company Kaleidescape offers the only Blu-ray quality downloads to the $4,000-plus (and often much more expensive) servers from its own media store. Outside of the every-bit-as-good-as-Apple interface and the fact that you can stream uncompressed music, TV and movies to every room of your house via a local area network (LAN) via CAT 6 cable, K-scape allows the consumer to actually upgrade movies ripped from DVD to Blu-ray at a very fair price. Often for less than $10, a K-scape client can opt to go from low-resolution DVD versions of his or her movies to an HD version of the film with 1080p video and uncompressed 1080p sound. That’s a great deal for the movies filling your bank of hard drives. If you are not in the Kaleidescape strata for your spending, even with the recent launch of a much less expensive media server,
uber-retailer Wal-Mart has a disc-to-digital program that can convert your old media into newer, digital formats that can in many cases be HD.

The message from the CEA, Sony, and the other major labels and hosts of the event in New York is that there are going to be more players in the media game and they finally are going to get real access to meaningful music catalogs in high resolution. The fact that Apple wasn’t part of the event is a downside but, considering that Apple sells movies and television shows in HD at a premium price through iTunes, it is likely that the company will add HD music, too. The major issue for music in HD is connecting the dots between the HD file and your AV gear, but we can hope that the arrival of more HD music content will inspire the development of more AV products that make it easier to accommodate these files.

If the CEA and the majors see their promise through, they will have at long last righted the ship. They will have opened up their back catalog and new music to audiences that have for too long thought that CD quality is good enough, because that’s what the labels told them out of PTSD fear from events in the 1990s relating to Napster. Seemingly, we are beyond these issues and heading for much greener pastures. The legacy of the compact disc was that it gave the music industry a chance to sell its back catalog all over again. HD music offers the same chance, but in bulk and with even higher profit margins through even more channels.

The message sent from New York is a very positive one, not just for the music industry but for an aging specialty audio industry. Too many high-end companies make super-car-like audiophile products to sell to an aging group of enthusiasts (often for $10,000 or more per component), when there is no meaningful, high-octane fuel to power such systems, other than old CDs or lame-sounding vinyl. This news from the CEA and the labels is tantamount to saying that every gas station in the audio world will now be selling 110-octane race fuel designed to rev up your audio system. Vroom vroom!

Additional Resources
• How To Get HD Music Into Your System by Mark Smortoff – August 5, 2013
• All about High-Definition Music Downloads
• The Man Who Could Save HD Music is Gone by Jerry Del Colliano – October 31, 2011