HomeTheaterReview.com's publisher/editor Jerry Del Colliano talks about all that he saw and heard at the 2009 Consumer Electronics Show in the realms of home theater and audiophile products brought forth by some of the world's most prestigious AV companies. 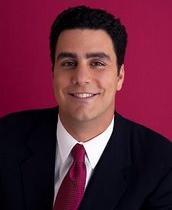 Considering the economic climate and despite the fact that a solid number of big name players decided to stay home, CES 2009 wasn't the bomb of a show that some had predicted. There were no real explosive stories like 2008's "Blu-Friday massacre" or any blockbuster new AV technologies to make worldwide headlines. The trend of anorexic HDTVs continued in nearly every mass market television electronics booth, but thinner plasmas and LCDs didn't mean better pictures. In many cases, the motion artifacts, no matter the refresh rate of the set, were simply hard to watch, especially for fast-moving movies and/or sports broadcasts. I would prefer to have a set that is three-quarters of an inch thicker with a better image, but that's just me.

On the music front, servers were the hot ticket. Meridian-Sooloos and Apple TV were in use in many booths, as audiophiles are realizing that they need to integrate a video interface into managing music collections. The days of sticking a disc into a player are vanishing quickly. So are the stores where you could buy the discs, for that matter.

Notable Products
Disclaimer: I didn't see every booth of the show and absolutely missed lots of what was there. This is a recap of what I did see. Please send hate mail to [email protected] to voice your complaints if you are an AV manufacturer or PR firm who didn't get listed in this or our other editors' CES 2009 report.

Wisdom Audio L-150i In-wall Speakers
There was a time in this speaker company's history when they made some of the biggest, most over-the-top audiophile floor-standing speakers, packing six-figure retail price tags. Today Wisdom Audio, led by the former president of Madrigal (the parent of Mark Levinson, Proceed and Revel), is making ultimate level in-wall speakers. And when I say in-wall speakers, I mean floor-to-ceiling monsters with digital room correction and digital amps for the bass drivers, in-wall subwoofers and so on. Wisdom leaves room for you to add in your favorite audiophile amp (they used Halcro), but saves you the floor space of parking coffin-like audiophile speakers in your living room. The big Wisdom package sounds significantly more refined than when I heard it sound at CEDIA in September, which was admittedly in a noisy room vs. a more treated, quieter room at CES. The top of the line Wisdom package has off-the-charts imaging for stereo and a more engaging musical sound. The in-wall sub is somewhat of a prototype, but clients going in the $50,000 range for in-walls will want a sub, too.

Toshiba Console HDTV
I know what you are thinking here. The word "console" TV evokes images of nasty-looking wooden televisions from the 1960s. Forget that image. Toshiba made an HDTV that is ultra-thin and raked back away from the viewer at perhaps a 12-degree angle, extending sleekly all the way to the floor. Below the 16x9 video screen is an area that has starry LED lights and a glowing Toshiba logo. I would have this HDTV in a second for my office, but would want to turn the Toshiba logo off, which I would guess is an option, as the LED stars can be turned off. This set has very much a B&O feel without the B&O price tag. I want one - badly.

SIM2 C3X Lumis Host 3-Chip DLP Projector
Hands down, the best front video projector I saw at CES 2009 was the new SIM2 $37,000 three-chip DLP Lumis C3X Host. SIM2 converted a bedroom of their suite into a theater demo and played an Elton John concert Blu-ray that was most impressive for video quality. Despite the heavy make-up job, you could see on close-ups of Elton the slight wrinkles on the corners of his eyes, while his bejeweled glasses sparkled under the bright lights onstage. For those who think there are still stair-stepping and screen door maladies with DLP projectors, think again. The SIM2 is smooth in its presentation and deep in its depth of field.

Meridian's MHR HDMI Switcher/Processor
Bob Stuart from Meridian is one of the industry's brightest minds and most important figures. His Meridian 861 AV preamp is one of the only truly future-proof electronic components ever sold in the home theater market and, with the MHR HDMI switcher and processor, the company can now offer multiple HDMI inputs. Unlike every other AV preamp coming to market now, this actually separates the audio and video (I didn't think this was possible and Bob just smiled at me when I asked him how he did it), so that the two sides can be processed separately, thus keeping the video purer while the audio goes into Meridian's excellent 24/192 chips. The Meridian 861 is the best-sounding AV preamp ever made and the MHR unit now gives it the ability to keep up with the HD audio formats and 7.1 audio, which has eluded the piece for the past year or so. The MHR link device can also work with G-series Meridian electronics, keeping them up to speed with today's formats.

Tivoli Audio's Global Music System
The guys at Tivoli don't like it when you use the term "Internet radio," but their new, expandable "mini-system," if you will, now packs a CD player, tuner and Internet radio capabilities. Within seconds, they had my favorite loungy techo station from Amsterdam playing through their bitchin' little system that screams, "Put me in your bedroom and buy another one for the office."

Adam Audio
This brand may not be the first speaker brand that you think of in the high end but, with roots deeply entrenched in the professional audio market, this German speaker made some beautiful music at CES. They have a floor-standing $30,000-ish speaker that is shaped somewhat like a Wilson WATT Puppy (but bigger) and some slick $6,500 bookshelf speakers that come in a really nice finish. Their tweeter technology is their calling card, as it can play studio-loud without batting an eyelash, which gives it home theater power with audiophile cred. This is a very up and coming brand. Think Genelec from 10 years ago.

Cary Audio's Xciter
Cary Audio showed their new Xciter tube amp with a USB DAC set-up that mixes the best of both worlds, as you get a compact tube integrated with USB connectivity that can power up your iPhone or iPod with ease and audiophile warmth. This sucker is going next to the Toshiba console HDTV in my new corner office when I move the HTR offices in March. Just add speakers and don't drool too much, because you could electrocute yourself.

Polk Audio's Soundbar
Hardcore enthusiasts sometimes turn their noses up at sound bars, but God damn, the Polk soundbars sound good. I heard their ultra-slim soundbar (I am not sure if there was a sub) and it was dynamic, crisp but not bright, and just plain kick-ass. Add an HDTV and rock. It's just that simple. They offer various sizes to match the width of your HDTV.

Cadence Sound Soundbar
While I am on the topic of soundbars, I had to travel to the other universe of the North Hall (where all of the car audio booths are) to see the Cadence Sound sound bar. That sucker is a killer, just like the Polk. Cadence is an Internet-direct player that brings a lot of dynamics to the table for not very much money. I have to mention that right beside Cadence was a monster truck that must have been jacked up so high that it was 22 feet off of the ground; in the wheel wells, there were 32-inch LCD video screens. Why anyone needs that, I have no idea, but it gives you an idea of some of the crazy stuff being promoted at the North Hall, along with one smokin' hot sound bar.