John Higgins contrasts his memories of watching the disastrous Challenger launch on a cart-loaded 15-inch CRT with his son's experience of the Falcon 9 launch via today's AV technology. 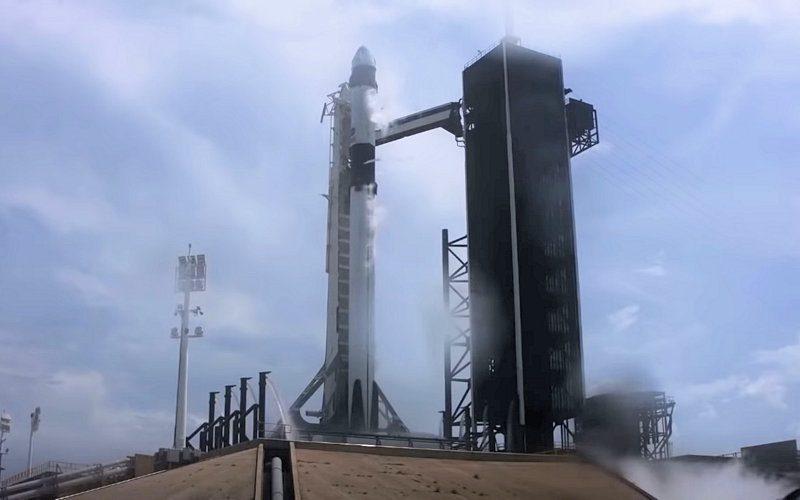 There was a heavy feeling deep in the pit of my stomach. That internal place you're only really made aware of when your mind has convinced your body that something terrible could happen. No, not could. Will. Past experience outweighs present common sense and trust, and the memories come flooding back.


The morning had seen rain on and off, but as lunchtime approached the sun made an appearance. The suburban Boston air was crisp and cold – the norm for late January. My second grade classmates and I gave the weather little thought, though, as we sat in our classroom. For weeks, both before and since winter break, we had learned about the space program. It was all leading up to the momentous occasion when Christa McAuliffe, a schoolteacher that taught in New Hampshire, would fly to space. She grew up in suburban Boston, too, and was a signal to all of us sitting in that linoleum-tiled classroom that we could make our own trip to the stars one day.

Our teacher rolled in the top-heavy AV cart with one wheel that never worked properly. It always seemed precariously off-balance because of the weighty 15-inch CRT TV sitting on the top shelf. The fuzzy newscasters on the TV talked about the historic event we were about to witness as the camera kept its focus on the Space Shuttle Challenger sitting on the launch pad at Cape Canaveral's Launch Pad Complex 39B. The excitement in the room was palpable for the kids at their desks and the middle-aged teacher at the front of the room alike. We cheered as the Shuttle, carried on the back of the external fuel tank, cleared the tower and looked in awe for 73 seconds until tragedy struck.


12,541 days later, the SpaceX Falcon 9 rocket sat on the launch pad at Space Launch Complex 39A on Cape Canaveral, just south of 39B, as I sat on the couch with my four-year-old son beside me, those uneasy feelings sitting like a rock in my stomach. The 15-inch CRT on the rickety cart was replaced by a projected image on my 100-inch Stewart screen. A surround sound home theater system played the stream from the NASA app through my Roku instead of a tinny mono speaker carrying the words of those fuzzy newscasters from the airwaves. But the excitement was just as palpable.

My son – named after astronaut Neil Armstrong – cheered for astronauts Bob Behnken and Doug Hurley as the Falcon 9 carried them away from 39A. The rock in my stomach lifted as the flight reached and passed engine cutoffs, as the Falcon 9 returned to Earth and the Dragon capsule continued carrying Bob and Doug towards the International Space Station, and as I saw the unfettered joy on my son's face.

NASA and SpaceX launch astronauts from U.S. soil for the first time since 2011

In the weeks leading up to the launch, and most certainly since, our home has been full of programs and movies about space. Our son has devoured everything we can find on Disney+, Amazon Prime, and Netflix about our solar system, the universe, and the people responsible for getting us up and out of our own atmosphere. There's an absolute treasure trove at his fingertips to feed the curiosity that was sparked by the hundreds of hard-working scientists and engineers that dream something beyond our world. In the National Geographic section of the Disney+ app is a special called Mars: Inside SpaceX that documents the progression of testing SpaceX went through for the Falcon series of rockets that my son has assimilated into his consciousness. There are some spectacular failures chronicled in the special, much like SpaceX's new Starship prototype that was engulfed in flame the day before the Falcon 9 launch. While these explosions might trigger my Challenger memories, even though I logically understand that they are unmanned and endanger no human lives, for my son they're just fireballs of yellow, orange, and red (his favorite color) that remind him of another program about the sun. And with everything in HD or better quality (unless you're unfortunate enough to watch the downconverted NASA broadcasts on DirecTV or Dish), I can only image that the excitement for him is heightened over the scanned-line 15-inch images of my youth. Truthfully, I'm a bit jealous of Neil's experience. As HomeTheaterReview senior editor Dennis Burger said to me during a conversation about the launch, "The Challenger launch felt like news even in the moment, whereas the Falcon 9 launch felt like history I was living through." As much as high-resolution movies with surround soundtracks place us in the middle of the action, the effect for me can be even greater with real-world events because my brain knows they're actually happening.

The Challenger moment lives strongly in my memory – quite obviously by the gut reaction I experienced on May 30. But it's hard to separate how much of that is because of the emotions of an eight-year-old watching on a Zenith or the mind of a 42-year-old reliving it.

Either way, the strong emotional attachment of the moment is always with me in the same way the sheer joy of Bob and Doug reaching orbit will stay with me – and more importantly, with my son. It's an experience I'm sure he will carry with him for the rest of his life. I just can't help but wonder how his memories of this event will be shaped by the digital clarity of it all, so starkly contrasted with the fuzzy, postage stamp images that haunt the memories of my youth.

You'll automatically be entered in the HTR Sweepstakes, and get the hottest audio deals directly in your inbox.
Author
John Higgins
When you buy through links on our site, we may earn an affiliate commission. Your support is greatly appreciated!
This is the static ad content. This is just a placeholder for now to get things styled.
Visit Website