Don't call it a comeback! Actually, wait, yeah, you can totally call it a comeback if you want to. Classé Audio has announced the launch of its third-generation Delta series lineup, including a new stereo amp, a new mono amp,... 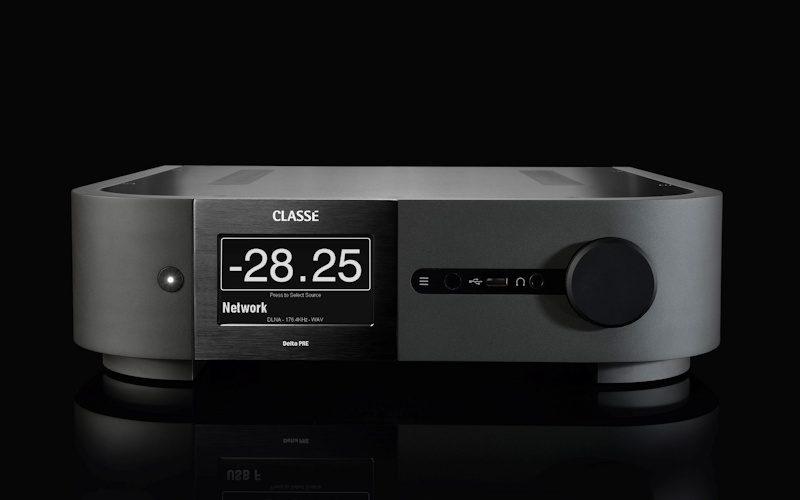 Don't call it a comeback! Actually, wait, yeah, you can totally call it a comeback if you want to. Classé Audio has announced the launch of its third-generation Delta series lineup, including a new stereo amp, a new mono amp, and the new Delta PRE, which is, according to the press release, "Conceptually based on the Classé CP-800."

Read on for full details directly from the press release:

Classé Audio expands its global reputation for outstanding Hi-Fi electronics with the third generation of its Delta series amplifiers, the Delta MONO, STEREO and PRE, which are now available for purchase at qualified Classé dealers. Debuting with a renewed emphasis on class A and power delivery, the new pieces effortlessly power even the most challenging speaker loads. The two amplifier models, Delta STEREO and Delta MONO, boast an all-new Classé topology, executed with a long list of custom and premium parts. The Delta PRE offers a variety of updates, making it the most modern and agile preamp the company has ever built. Ultimately, the lineup represents a new industry standard for high-end amplification and preamplification, demonstrating how mature technologies can leap forward in capability with inspired design, carefully selected materials and skillful workmanship.

"Classé's reputation for high-performance amplifiers dates to the early 1980s when we announced the original DR-2, a 25W/Ch class A amplifier. At the time, it received critical acclaim for many of the same qualities we boast today - the ability to easily drive challenging speakers with nuance and detail," said Classé Brand Director Dave Nauber. "Nearly forty years on, the new models reaffirm the benefits of class A topologies and balanced circuitry, implemented with the latest technologies and material improvements alongside an unwavering dedication to quality. The third-generation Delta series surpasses all expectations."

Delta MONO & Delta STEREO
Designed in Montreal and built in Sound United's ultra-high end Shirakawa Audio Works factory in Japan, the heart of the Delta series amplifiers is a large toroidal transformer, wound by hand with over 540m (1,771 ft) of copper windings, which takes more than six hours to wind. Separate windings for left and right channels in the Delta STEREO and inverting and noninverting amplifiers in the Delta MONO provide excellent isolation of amplifier stages for optimum channel separation and differential amplifier performance. This, alongside twenty-two premium four-pole Mundorf capacitors, provide power supply filtering and 215,000 μF of energy storage for unrestrained dynamics and clarity, even under demanding conditions. A new Lateral MOSFET output stage operates in class A up to 35W for the Delta MONO and 12.5W for the Delta STEREO.

The third generation Delta series amplifiers are easily recognizable given the distinctive Delta series chassis wrap, architectural grey finish and prominent VU meter on the front panel. The front panel also hosts a large air intake used by the units' active cooling system called the ICTunnel™, pronounced "Icy" Tunnel. The intake itself features custom designed louvers, which have an airfoil shape to promote smooth and low-noise airflow. The internal fan mechanism is thermostatically controlled and 35mm thicker than previous models so it can spin at the lowest speed necessary to maintain the amplifiers' ideal operating temperature. This advanced cooling mechanism makes the Delta series easily placeable in racks or tight spaces without overheating and makes it an ideal choice for recording studios.

The Delta PRE is capable of supporting the ever-increasing variety of source components available to audiophiles, including turntables, tuners and SACD players as well as digital streaming, disc players and optionally, HDMI-equipped AV sources. This signifies the need for preamplifiers to be as nimble as possible without sacrificing audio quality, which the Delta PRE achieves in spades. Each source benefits from a direct and short signal path while having access to digital processing features as needed. Analog sources have a bypass mode available to circumvent digital processing, allowing the Delta PRE to function as a reference caliber preamp in pure analog mode.

By providing critical processing features like mono or stereo subwoofer outputs with level and delay controls, nine-band parametric equalization for each of the five output channels (Main L&R, Aux 1&2 and Sub) and tone control, all in the digital domain, filters can be deployed as needed without adding the noise and distortion associated with their analog counterparts. In fact, the Delta PRE topology keeps the signal path shorter and more direct than any alternative approach.

On board phono and optional HDMI switching along with asynchronous USB, master-mode Network, SPDIF coax and optical, and analog XLR and RCA make the Delta PRE perhaps the most versatile high-end preamp ever made.

The new Classé Delta Series is now available for purchase at qualified Classé dealers in the U.S. The Classé Delta STEREO retails for $12,999 MSRP, Delta MONO for $10,999 MSRP and Delta PRE for $9,999 MSRP. For more information, please visit classeaudio.com.