Founded in 2015 and based in the U.S., Cleer is a boutique manufacturer of high-performance portable audio products. I was first introduced to the company while attending CES 2017, where I had the chance to speak with CEO Patrick Huang... 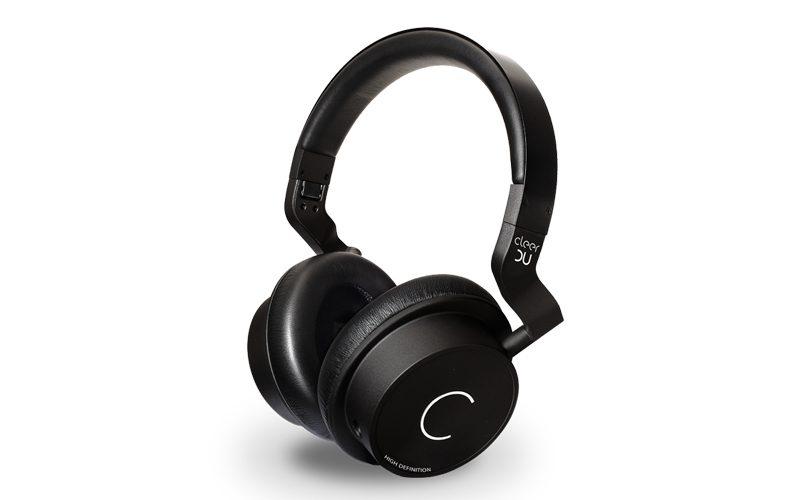 Founded in 2015 and based in the U.S., Cleer is a boutique manufacturer of high-performance portable audio products. I was first introduced to the company while attending CES 2017, where I had the chance to speak with CEO Patrick Huang and Director of Marketing Claude Schmidt. Mr. Schmidt suggested that I listen to both the DU Stereo ($129.99) and the DU Wireless ($199.99) headphones to get a sense of the company DNA. Review samples of both DU models were later sent to me for an extended audition.

Product Description
Think of the DU Stereo (wired) and DU Wireless (Bluetooth) models as the same headphone, except that the DU Wireless adds Bluetooth 4.1 capability with aptX and AAC codec support. The two models have the same form factor: a contemporary, clean-looking over-the-ear, closed-back design. These are not oversized headphones; both models sport the same folding alloy construction that enables the headphones to be stored compactly for travel. The ear cups are compact but well padded and should fit comfortably over all but the very largest ears. Inside, each ear cup is clearly marked with a large 'R' or 'L' to facilitate the correct orientation. The headband is narrow, but I found it sufficiently padded to be comfortable for extended listening periods. Both the ear cups and headband are covered in soft leather--black for the DU Stereo and red for the DU Wireless.

Both models have a unique driver implementation, with two 40mm neodymium dynamic drivers housed in angled aluminum baffles. One driver handles the midrange and high frequencies, while the included crossover dedicates the second driver to handling only the bass frequencies. A few other manufacturers have used a dual-driver configuration in over-the-ear headphones, but they have typically used drivers of different sizes. For example, the now discontinued AKG K-270 was marketed as having a sort of super-tweeter, with the second driver measuring just 14mm in diameter. Both Enigma Acoustics and Technics have also offered a dual-driver model, but at price points well north of $1,000.

The DU Wireless headphones have a power button, power indicator LED, and volume buttons on the left ear cup. The headphones can be paired with an NFC device by touching the device to the left ear cup. For a non-NFC Bluetooth-capable device, holding the power button in for five seconds puts the headphones into pairing mode, which is indicated by the power indicator LED flashing red and blue alternatively. You can then go into the Bluetooth pairing setting on your device to pair the device to the headphones. On the right ear cup, you'll find a USB charging receptacle and a button that, when pressed, will indicate battery charge status by lighting up from one to four blue lights. Cleer claims that battery life is up to 20 hours. You can also use the DU Wireless headphones passively when either the battery charge is low or when you want to listen to high-resolution music files by plugging in the included cable. The DU Stereo headphones come with a soft-sided, zippered travel bag, a 1.2m cable with an in-line remote that's both Apple and Android compatible, and a USB charging cable. The DU Wireless model comes with a hard-sided, zippered carry case, a 1.2-meter audio cable with a universal in-line remote, and a USB charging cable. Both headphones come with a graphical printout of their individual factory certificate of acoustic calibration. I like the fact that Cleer's quality-assurance practices include measuring the acoustic performance of every pair of headphones before they leave the factory.

Sonic Impressions
Over the past few of months, I've used the Cleer DU wired and wireless headphones extensively, frequently switching back and forth between the two. I listened to a variety of genres, including Classical, Rock, Pop, Electronic, Hip Hop, and Jazz. I compared them directly with my more expensive Ultimate Ears Reference Remastered IEMs ($999), which I consider to be the most neutral headphones I've heard. I also compared the Cleer DUs with the HiFiMan HE-400S over-the-ear headphones ($299). During the review period, I had numerous extended listening sessions that lasted a few hours or more, with no discomfort or significant heat buildup. Controls on the DU Wireless were easy to reach and worked flawlessly.

I utilized a couple of different source configurations during critical listening: I connected the headphones to my iPhone 6 Plus via an Audioquest Dragonfly Red USB DAC/amp, and I connected them to an Astell & Kern AK240 portable hi-res audio player. Music files on the iPhone were streamed using the TIDAL HiFi app at 16-bit/44.1-kHz (CD quality), while files on the AK240 ranged from CD quality up to high resolution 24-bit/192-kHz PCM and 5.6-MHz DSD. It's worth mentioning that, with Bluetooth 4.0 built into the AK240 DAP, wireless transmission is limited to 16-bit/48-kHz LPCM audio data. This means that the DU Wireless headphones receive CD-like quality files even when the original file played is of higher resolution. However, use the supplied cable with the DU Wireless, and this limitation goes away, allowing you to enjoy higher-resolution audio files in their native resolution.

To mention just a couple of specific comparisons, I played a ripped digital file of the iconic Eagles track "Hotel California" from the Hell Freezes Over live album (JVC XRCD2, 16-bit/44.1-kHz) from the AK240 over the DU Stereo headphones. The soundstage width of the two guitars was at the ear cups, while the applause stretched slightly outside the ear cups. I found the DUs to have good tonal balance overall with good bass weight to the drums. My perception of instrument locations was that they were placed accurately both in width and depth, with drums appearing further back from the other instruments. Both the attack and decay of guitar transients were sufficiently resolved to help with location accuracy. Playing the same track back through the Ultimate Ears Reference IEMs, I heard a bit more soundstage depth, with Don Henley's vocals placed a bit more forward. There was also a more distinct snap to percussion strikes and slightly less prominent bass than through the DU Stereo and DU Wireless. But I'm talking about subtle differences here. Instruments overall had a bit more air between them along with a bit more high-end resolution.

To test out the DU's performance with really dynamic music, I chose the Channel Classics recording of the American Sinfonietta playing Beethoven's String Quartet in F Major, Op. 135--Allegretto (2.8 MHz DSD). Through the DU Stereo, the strings never sounded harsh but had a bit more sparkle and were less laid back than through the HiFiMan HE-400S phones. More of the recording's dynamics came through on the DU Stereo than on the HE-400S, resulting in a more emotional experience. High Points
• With a focus on fidelity and just a touch of bass emphasis (a little more so on the DU Stereo), the sonic signature of the DU Stereo and DU Wireless is fun to listen to and will appeal to a wide range of music enthusiasts.
• The lightweight, small form factor and comfortable fit make the Cleer DU headphones an easy choice for everyday, on-the-go listening with either a smartphone or portable player.
• The DU Wireless is a great option for those missing a headphone jack on their smartphone (think iPhone 7 and beyond).

Low Points
• The DU Stereo and DU Wireless won't give you that last bit of resolution and soundstage accuracy that diehard audiophiles may be seeking. If that's your goal, you'll have to spend quite a bit more.

Comparison & Competition
There are dozens of headphones in the price range of the DU Stereo and DU Wireless, but few in that price range put an emphasis on fidelity the way that Cleer does. In terms of an everyday headphone with the sound signature that begs for extended listening, along with a form factor and build quality that will appeal to most enthusiasts, the DU Stereo and DU Wireless deliver at a real-world price. The Audio Technica ATH-M50X ($149) is well regarded but is a bit on the brighter, more forward side of the equation. The Bowers & Wilkins P5 Wireless headphone is another great option, albeit at 50 percent more in price than the DU Wireless.

Conclusion
For a company that is essentially still in its infancy, Cleer gets enough things right with its freshman headphone offerings to indicate this is a company to keep an eye on. It will be interesting to see how their products evolve as they move forward. If you are looking for an everyday, full-size headphone solution with portability and a real-world price to boot, then you owe it to yourself to put the Cleer DU products on your list to check out.

You'll automatically be entered in the HTR Sweepstakes, and get the hottest audio deals directly in your inbox.
Author
Bob Barrett
HomeTheaterReview Product Rating
Value:
Performance:
Overall Rating:
When you buy through links on our site, we may earn an affiliate commission. Your support is greatly appreciated!