Home theaters get better and better with each new product cycle that the consumer electronics manufacturers release. We may even be approaching the Holy Grail of the home theater. But what is that? 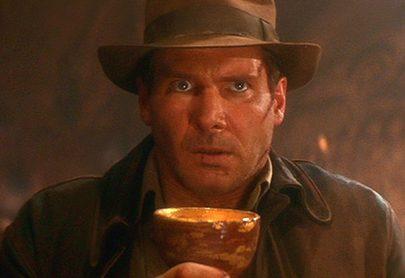 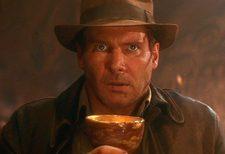 Have you ever heard the term “The Bel Air Circuit”? For the 300 people out of Earth’s 7,000,000,000 who have the studio connections and a compliant D-Cinema commercial “home theater” in their homes, the Bel Air Circuit allows one to watch first-run movies as a day and date release. Interested in seeing Skyfall, the new Bond film? Just call up and order the same hard drive that a Cineplex would order, and you are in business. Have a 2K or 4K projector? Then you are going to see at home – pixel for pixel – the same master quality version of the movie that’s running in a commercial theater. Today, this is about the coolest idea to hit home theater, but then again, it’s only relevant to those people who can get the studio accommodation that allows them access to the content, and they are, respectfully, a tiny audience of very connected Hollywood and tech types. To use a golf analogy, it’s the Augusta invite for the world of home theater, as there are about 250 members at Augusta National and chances to play there don’t come up too often, but when they do, it’s not something that you’d want to miss.

For those who are one-percenters but not packing enough Hollywood swagger to get on the Bel Air Circuit, there is a new service called Prima Cinema. This hardware and download solution allows you to buy a $35,000 black box (kind of reminds you of Faroudja, doesn’t it?) that can download first-run movies on a day and date basis for a mere $500 per movie. The advantage is that you don’t need to be Steven Jobs or Bob Iger to get access to the movies – you just have to be filthy rich to get into the ultimate home theater game. NBC/Universal and Best Buy invested $5,000,000 into the Manhattan Beach, California company to see if Prima Cinema can develop a supplemental stream of income outside of the theater and home video markets.

Realistically, nobody we know (okay, I know one person) is ever going to get the Bel Air Circuit installed in his or her home. And unless you’re loaded with Sultan-of-God-Knows-Where money, $35,000 for an AV component, plus $500 per movie, is a stiff price to pay for day and date movies. Hell, that makes a Kaleidescape Blu-ray server look downright affordable. But what’s important to real-world home theater enthusiasts is the emerging trend of day and date, first-run movies coming home. More and more people don’t like the theatrical movie experience. In our busy lives, who has time to sit through 25 minutes of previews with people chewing popcorn with their mouths wide open and kids texting endlessly from their glowing iPhones? I can still feel my feet stuck to the theater floor. The theatrical movie-going experience is just gross and our homes are not. The popcorn is better at home and doesn’t cost $12 per tub. And don’t even get me started on the cost of Jujubes.

National Football League commissioner Roger Goodell recently said, “One of our biggest challenges in the league is the experience at home”, as 60-inch 1080p HDTVs are available for around $600 to the same ticket-buying audience that is starting to opt to watch games at home, rather than freezing their butts off at the stadium. Millions of football-crazy people have fantasy teams, and it’s a lot easier to track the performance of your team’s domination on any given Sunday from the comfort of your living room and via the seven inches of happiness known as a Samsung Galaxy. Technology is changing the way that we enjoy and consume content and there is no way to turn back time.

The theatrical movie theater is in the same business model death spiral that newspapers, print magazines and encyclopedias are on, and it’s not pretty. Home theater electronics are getting bigger, better, more powerful and less expensive, which makes a mainstream consumer’s man cave more and more cool with every product cycle. Today’s streaming movies and music from places like Netflix, CinemaNow, Pandora and so on are convenient, but aren’t really that compelling, due to a lack of quality and timeliness. Blu-rays and video games, as well as the occasional HD music download, are quite enthralling, but there isn’t enough content for many hardcore AV fans. The best content requires us to wait in a market filled with I-must-have-it-now consumers. Day and date HD movies could be plugged into mainstream content pipelines like DirecTV (a reported 30,000,000 users) and even larger cable providers, like Dish Network and elsewhere, creating a more profitable revenue stream for studios, as well as opportunities for them to sell home video copies of the same movie. Imagine if last weekend you paid $50 for a 1080p, 7.1 home theater experience of Skyfall and, after the movie, you could download a code to get a Blu-ray combo pack, complete with Ultraviolet, DVD and other supplemental goodies at a discounted price and or before the disc goes on the market. The studios would have made two sales, while providing you with copy-protected versions of the movies that you love best on a schedule that meets your demands. Day and date HD movies are a total game-changer and it’s starting to look like they’re coming to a plasma screen in a living room near you. The only bit of bad news about it is for the companies that make their living mainly by selling soda, popcorn and overpriced movie tickets.