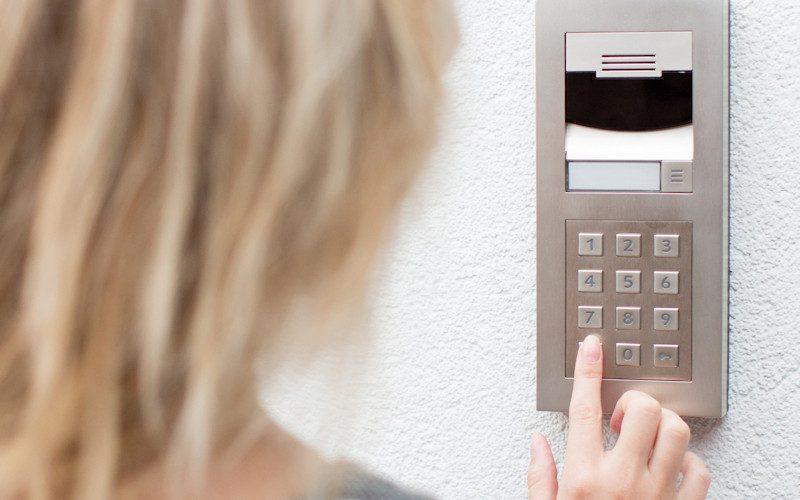 Audio and AV Equipment Reviews, Furniture, Accessories & Other Reviews, Smart Home Device Reviews
Published On: December 19, 2018
We May Earn From Purchases Via Links

Why on earth are we reviewing a door station with intercom capabilities on a website dedicated to entertainment and audio/video excellence? Because thanks to the power of Control4, the new DS2 is much, much more than merely a door station. 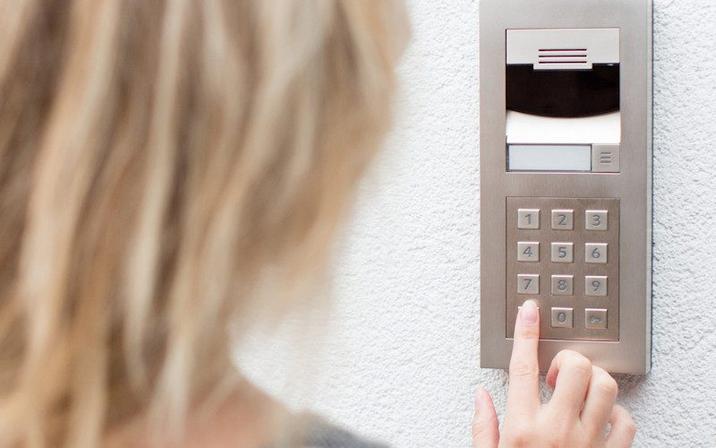 Why on earth are we reviewing a fancy doorbell and intercom system on a site dedicated to audio/video excellence? It's a valid question, assuming you're asking it. And if Control4's new DS2 Mini Door Station were just a standalone combination camera/doorbell/motion sensor with intercom capabilities, it would be a valid and difficult one to answer. But given that the DS2 is part of the larger Control4 ecosystem, it makes a little more sense for some members of our audience to take interest.

Why? Well, the specifics really depend on the peculiarities of your home, your entertainment system, and how or whether you choose to integrate it with a professional entertainment and automation system. But suffice to say, given Control4's ability to control, automate, and perhaps most importantly tie all of your electronic devices in and around the home together, at some point this Mini Door Station is going to bump into the entertainment system of any home in which it's installed.

Before we dig into the specifics of how I've integrated it into my own home, let's step back for a minute and explore exactly what the heck this thing is and what it does on its own. The DS2 is Control4's latest door station, but it's certainly not the company's first. Door stations have been part of the company's repertoire for as long as I've been aware of Control4, and previous efforts--while offering things like video and intercom capabilities within the home--never really felt like they had a natural place in my own home.

Perhaps due to the rise of standalone, camera-equipped smart doorbells like Ring, Control4 has upped its game with this latest offering not only building all of the functionality of previous door stations into a sleeker, sexier, smaller, and more inviting chassis, but also by making it the centerpiece of a new initiative called Intercom Anywhere, which facilitates much more seamless communication in and outside of the home via Control4-connected devices like touch screens, remotes and, of course, mobile devices. What this means is that if you're standing in the kitchen without your smartphone, but near a Control4 tabletop or in-wall touch screen, you can chat face-to-face with your significant other or spawn, whether they're on the other side of the house or the other side of the world. It also means that you can easily and instantly see who's a-ringin' at the front door on your TV, touch screens, or mobile device, and if you wish, unlock the door at the tap of a button.

The former isn't a feature I figured I would care for much, since the missus and offspring and I use Facebook messenger video chat on the regular, and Amazon Alexa for in-home intercom functionality. But the Control4 Intercom Anywhere response time is so quick that it actually proved to be a pleasure to use, and having all of that functionality in one interface is pretty swanky. Though, to be fair, seeing who's at the front door is by far its most useful function in my home. I mentioned above that entertainment features into the equation here, and while that's not necessarily true, the simple fact of the matter is that you can use the DS2 as an input or trigger for any connected device in your home. And the programming power of Control4's Composer Pro software means that your dealer can tap into this connectedness to create all sorts of neat routines.

Want your whole-home audio system to play a snippet of "Jingle Bells" when the doorbell is pressed during the month of December, or a riff of Metallica's "Enter Sandman" during Halloween season? That's a thing you can totally do. Want the doorbell to make an audible noise during the daytime but just flash a light at night? Also not hard to program. Heck, if you want, you can even have your dealer program things such that what happens when someone rings your front doorbell is conditional upon whether not you're currently watching a movie in the home theater. Mind you, if you want to program simpler, less conditional automations that play off the DS2's inputs, you can do that via Control4's web-based "When >> Then" personalization tool. Or you can just have your regular old doorbell ding-donger connected to the DS2's contact closure, and have notifications just go straight to your Intercom Anywhere App. So, it's not as if you need your dealer to tweak every single aspect of the DS2's interaction with your home and your home entertainment system.

The door station also includes a relay connection, as well as a PoE Ethernet port, the latter of which is the only necessary connection. Yes, that means no WiFi. It also means that the DS2 is less vulnerable to WiFi exploits. Just be prepared for a lengthy and potentially expensive installation, since your installer has to snake a powered Cat5 cable through your ceiling, down your exterior wall, and out to the DS2. Depending on the building materials of your home and the arrangement of your attic, that could be a booger.

Of course, placement of the DS2 factors heavily into this, and for more reason than one. For one thing, you want it placed beside your door in such a way that it's obviously a door station, meant for visitors to interact with. There's also the fact that the DS2 is a motion sensor, so you want it placed in such a way that it'll pick up anyone approaching your front door, without going off when you don't want it to.

The motion sensor, as with every aspect of the DS2, can be used to trigger all sorts of automated events, but the most obvious is recording video to a high-resolution NVR (network video recorder). If you don't have an NVR, the system can be programmed to email you a few photos whenever the motion sensor is triggered, or turn on an interior light (time-of-day dependent, if you want), or any number of other triggers that you can think of.


The SkyBell HD Wi-Fi Video Doorbell ($199) is likely the smart doorbell that compares most closely to Control4's DS2 Mini Door Station. It uses the same wiring as your boring old dumb doorbell, so installation is easier, and its camera is higher-resolution than that of the DS2 (1080p vs. 1280 x 960). It's not a pretty device, though, and its automation capabilities are of course far more limited.

Then there's the ubiquitous Ring 2 (also $199), which adds are sorts of goodies, like the ability to share clips of suspicious lurkers to your Nextdoor app, on the off-chance that your neighbors aren't already worked into a frenzy over the last door-to-door salesman to make his or her way through your 'hood. One advantage of the Ring 2 is that it can be installed wirelessly. The downside to that, of course, is that you have to charge its batteries regularly, and its connection isn't quite as secure.


The slightly pricier Nest Hello ($229) adds next-level features like facial recognition, and may be a good choice if you're already plugged into the Nest/Google ecosystem. As I understand it, though, the Nest Hello doesn't work well in chillier climates, and things like facial recognition and cloud storage for video do require monthly subscriptions. And as with all of the other DIY offerings, the Nest Hello may look a bit out of place on more upscale homes.

Conclusion
There's always the question with any product about who, exactly, its audience is. If you simply want a smart doorbell solution that will let you see who's at the door, there are plenty of affordable alternatives available. But if you're currently a Control4 homeowner or thinking about becoming one and you like the idea of such products, but want something a lot more elegant, a lot more fully featured, with functionality that melds right into the rest of your home control and entertainment system seamlessly, the DS2 Mini Door Station is certainly worth a look. You wouldn't expect a doorbell (excuse me, door station) to have much of an impact on the rest of your home. But with the right programming (even homeowner personalization via Control4 When >> Then), the DS2 truly can make your whole home a lot smarter, not to mention a lot more seasonally festive.

Oddly enough, the real star of the show here isn't the hardware itself. What makes the DS2 really shine is Control4's Intercom software and new Intercom Anywhere App. While it may not seem all that out of the ordinary to be able to video chat with your family from anywhere in the world, unlock your front door at the touch of a button, turn on the front porch light, or what have you--especially given that you can likely do many of these things with existing apps on your mobile device--having all of that functionality available from one sleek, integrated interface is pretty neat.