Over the past few years, I've seen integrated amplifiers progress in ways that outpace the rest of the traditional, high-end two-channel audio market. I'm not saying that the integration of features like AirPlay, Bluetooth, streaming audio, and native DSD is... 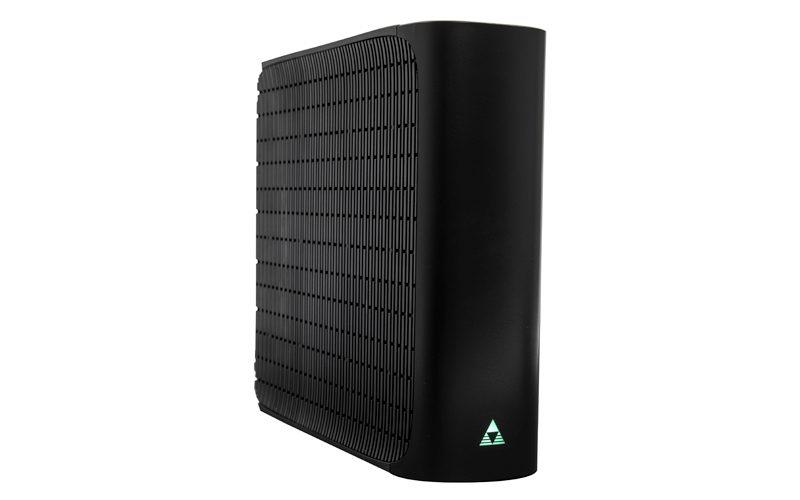 Over the past few years, I’ve seen integrated amplifiers progress in ways that outpace the rest of the traditional, high-end two-channel audio market. I’m not saying that the integration of features like AirPlay, Bluetooth, streaming audio, and native DSD is unique to integrated amps; I’m merely saying that these all-inclusive audio hubs tend to be, well, more inclusive than their component counterparts.

The one exception to that trend is the integration of home automation features. I can think of a couple integrated amps that include provisions for IP control and boast drivers for most of the popular professionally installed home control systems, but they are still far too rare. The reason could be a simple issue of economy of scale: integrated amps just may not be popular enough to justify the expense of developing integrated control solutions. Or it could be a chicken-and-egg problem: integrated amp manufacturers wait on demand, while smart home consumers wait on supply. Or maybe it’s simply the case that owners of home automation systems have plenty of other options available to them when it comes to two-channel audio delivery. I don’t have the raw sales numbers to make a compelling argument one way or the other.

What I do know for sure is that, in my own connected home, this reality has affected the way I interact with the two-channel system in my office. It’s seemingly a never-ending cycle: a new integrated amp comes in, I fall in love with it for various reasons, I get on a serious high-end two-channel listening kick for a while, and then the honeymoon eventually ends because the system just doesn’t jibe with the way I consume my entertainment in every other room of the house. And so, my stunning stereo system sits unused until some new component comes along to temporarily reinvigorate my love. That, as if it needed to be said, just isn’t sustainable. Then, seemingly out of nowhere, comes the Triad One ($700), which may not fit fully into the category that we as an industry have labeled “integrated amplifier,” but it certainly functions as one. It also serves as an AV receiver of sorts, as well as a zone extender for Control4 multiroom audio systems. It’s also, unsurprisingly, a somewhat scaled-down home automation controller in and of itself, which means that you don’t need to add any additional hardware to a room to bring the Triad One into your whole-home control system. It controls itself, and it also includes a couple of IR outputs to expand its control capabilities to additional devices–like, say, a TV and cable box or media player. In short, Control4 has packed a ton of versatility into this one tiny box, and there are no real, hard constraints on how exactly you use it, other than the fact that it does require the presence of a Control4 controller elsewhere in the house. This isn’t a standalone unit. It’s intended to be used as part of a larger Control4 system.

As such, I’ve spent a few months now employing it in a variety of ways. First, I used it in my AV system in the bedroom. You’ll notice above that I called the Triad One an AV receiver “of sorts,” and I put in that caveat because this little amp does lack some of the features one normally associates with AV receivers. There’s no HDMI connectivity or video passthrough of any type. Its only physical audio inputs are digital optical and coax, plus a stereo analog in.

However, if your AV setup features few enough sources that you can route them all through your TV, the Triad One is really all you need to set up a rockin’ 2.1 home theater system. In case it’s not clear by now, the Triad One is a component for Control4 homes only, since all of its setup features are locked away inside the Control4 Composer Pro programming software. But there’s a lot that your dealer can do to dial the amp in perfectly for AV playback–including six different subwoofer crossover points between 80 Hz and 140 Hz, as well as a 10-band equalizer to deal with any egregious problems in room acoustics.

Two IR output ports may not seem like much; but, given that my Dish Joey is IP-controllable and I only really use one other source in my bedroom (an OPPO Blu-ray player), two was more than enough to turn over control of my TV and the rest of my system to the Triad One. When combined with a pair of RSL bookshelf speakers and a Speedwoofer 10S subwoofer, the system proved to be more than sufficiently robust to serve as the backbone of an excellent little stereo home theater, despite its conservative power output rating of a mere 60 watts per channel (eight ohms, 0.01 percent THD at 1 kHz). Bottom line? I would be positively thrilled with the Triad One, my TV, and a couple of sources as my complete entertainment and control system in the bedroom, if not for the fact that I need that space for reviewing surround sound receivers and speaker systems.

As I hinted at above, though, what I’ve really needed for a while now is a fully featured integrated amplifier in my office that not only supports wireless connectivity but also integrates with the rest of my home. Just as importantly, I need an integrated amp that engages me in a way that in-ceiling audio or your average wireless speaker system just can’t.

In that capacity, the Triad One does a fantastic job. Either wired (my preference) or wirelessly, its network integration formed a solid bond with the rest of my Control4 system throughout the home, and its ShairBridge support means that I can AirPlay tunes to it just as easily as I can stream high-res audio from a locally connected USB drive. There’s no USB DAC, but that’s about the only connectivity concern I can think of. At least in terms of what I want to use it for. Heck, you could even connect a turntable to this thing and bring its playback easily into your whole-home music distribution system if that’s your bag.

More often not, I find myself tapping into the Triad One’s multiroom capabilities when I am, say, in the den doing some casual reading while listening to music, and I need or want to move to the office. A few punches of a few buttons in the Control4 app on my phone, and my music follows me. Adding and disconnecting zones is as simple as hitting a little plus button.

As for performance? The Triad One performs about how you would expect a $700 stereo amp to perform in some respects–and it performs much better in other respects. What surprised me the most is the authority with which its 60 watts per channel pushed a pair of Paradigm Studio 100 towers. Even without the benefit of a sub in my stereo setup, bass was rich and nuanced. Imaging was excellent. No matter what tunes I threw at the combo, music was lively and engaging. Would I put it up against $6,000 integrated amps I’ve reviewed in terms of noise floor, transparency, and sheer depth of soundstage? Probably not. But it compares more favorably than you might expect.

High Points
• The Triad One streaming amp truly delivers an engaging two-channel listening experience worthy of a dedicated tower-speaker setup, with low distortion and exceptional signal-to-noise ratio as compared with other two-channel amps in its price range.
• Its wealth of setup tools makes it flexible in terms of not only configuration, but also usage. Whether you employ it as a 2.1-channel receiver or a dedicated stereo amp, it offers seamless integration with the rest of the Control4 automation and entertainment ecosystem.
• The fact that control capabilities are built in is a major bonus. Two IR outputs may not seem like much; but, when you consider the number of devices out there right now that are IP controlled, it’s more than sufficient to integrate a display and maybe a Blu-ray player or cable box, which is all you really need in the sort of small AV systems into which the Triad One is likely to be installed.

Low Points
• The lack of any physical volume control on the Triad One is a bit of a letdown. True, I can go grab a remote from another room, or even use my touchscreen or Control4 iOS app to fully control the unit. Still, a tangible volume knob on the face of the unit would be handy for those times when the phone rings or the missus hollers for me and I need to turn down the volume right this very now. Or for those times when I’m deep, deep into my music and want to crank it without resorting to some other control method.
• While I totally get that this is a custom product for the custom installation market, and that phoenix connectors are the connection of choice in that arena, I think the Triad One could have benefited from some really nice five-way binding posts. As it stands, I had to forgo using my really nice, pre-terminated speaker cables, which bums me right out.
• This isn’t so much a low point, but rather an obvious caveat: The Triad One’s greatest strength also leads to its only significant limitation. The fact that this amp is so entrenched in the Control4 ecosystem, and relies on the Control4 Composer Pro programming software for setup, means that it’s only available to Control4 homeowners. That does limit its potential audience.

Comparison and Competition
If you’re looking for reasonably similar products from other major home automation manufacturers, you’ll mostly find them in the CEN-NSP-1 Network Stream Player from Crestron and the Savant SMS-1001 Music Server 1. Both lack the Triad One’s built-in amplification; other than that, functionality is analogous in many ways.

Stepping outside the realm of dedicated automation ecosystems, the Yamaha WXA-50 MusicCast Wireless Streaming Amplifier ($499.95) has a lot in common with the Triad One in terms of specs and performance. It does, of course, lack the Triad One’s home automation controller capabilities, but I dig its volume control and spiffy binding posts.

Conclusion
For me, the draw of the Triad One is its ability to deliver a two-channel music-listening experience that’s a huge step up from most distributed audio solutions (be they DIY or custom installed). As part of a complete Control4 ecosystem, it also delivers the strengths of a multiroom music system while avoiding its weaknesses. This amp isn’t for everyone, needless to say. But, if you’re like me–living in a connected home and feeling disconnected from any components that don’t integrate into it, longing for a dedicated stereo setup that can act as its own little island of listening bliss, but that isn’t limited to being one–there’s just so much to love about the Triad One.

You'll automatically be entered in the HTR Sweepstakes, and get the hottest audio deals directly in your inbox.
0 0 vote
Article Rating
Subscribe
Connect withD
Login
Connect withD
0 Comments
Inline Feedbacks
View all comments
Author
Dennis Burger
HomeTheaterReview Product Rating
Value:
Performance:
Overall Rating:
When you buy through links on our site, we may earn an affiliate commission. Your support is greatly appreciated!
This is the static ad content. This is just a placeholder for now to get things styled.
Visit Website