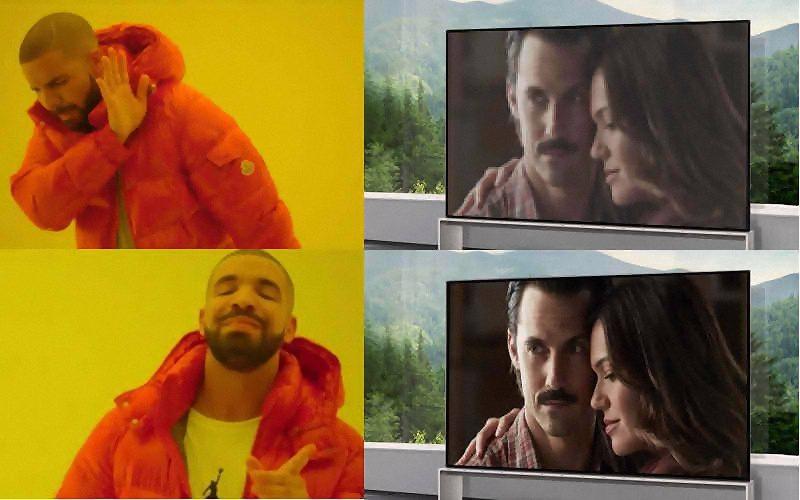 Dennis Burger says that, for AV enthusiasts, all of the talk about cost-savings and market trends kinda miss the point when it comes to cutting the cord.

Over the past few years, perhaps no other trend in home entertainment has dominated the conversation quite so much as cord-cutting. We've covered this trend from an economic angle. We've covered it from an market analysis angle. We've covered it from an experiential angle. But as I recently discovered as I began the process of cord-cutting myself, there's an angle that we need to start discussing more: picture and sound quality. Simply put, our AV systems have evolved so far past the capabilities of traditional linear TV services that paying for cable or satellite is becoming a hard sell for all but the most sports-motivated AV enthusiasts.

Backing up a bit, it's true that my adventures as a cord-cutter started as an economic concern. I just couldn't justify dropping $190 a month on Dish Network, given how infrequently I use the service these days. And when I asked for the cheapest, most basic barebones package that would still get me locals in HD, The Weather Channel, and MotorTrend (gotta have that for Le Mans!), the $120 bill that was placed in front of me didn't seem that much more appealing. 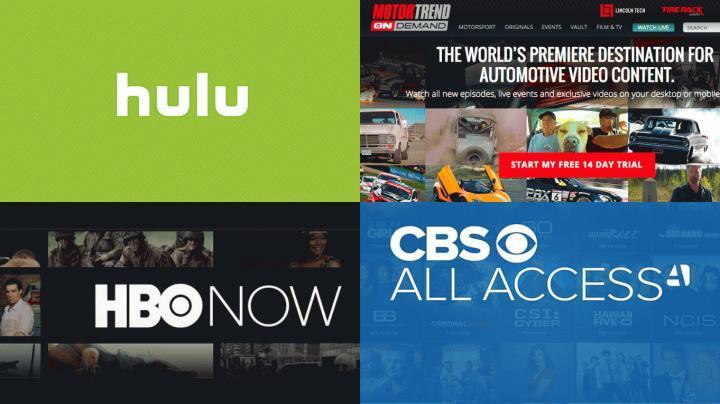 So, I did some quick math. To replace the broadcast television that I actually watch on a regular basis via on-demand streaming would require a subscription to Hulu, CBS All Access, MotorTrend On Demand, and HBO Now (which, to be fair, I already subscribed to, since Dish can't seem to work out its ongoing squabble with WarnerMedia). I'm not counting Netflix in that equation, since I subscribe to it for wholly different content. It's not a satellite replacement for me. Same goes for Amazon Instant. Those are going on the debit card every month whether I have cable or satellite or not. So, if you just break down the streaming services required to replace my pay TV experience, it adds up to a grand total of $37.96 ($11.99 + $5.99 + $4.99 + $14.99) per month. Your math will end up being different, depending on which shows you still watch, but I'm having trouble imaging anyone sinking $120 a month or more on streaming-on-demand to cover all of their TV-watching needs. 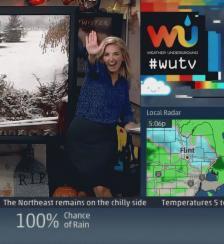 The one big bummer in all of this is that I'm going to lose The Weather Channel (I'll miss you, Alex Wilson! Please tell your overlords to offer an à la carte streaming option for TWC, and I promise I'll be joining you again for Weather Underground every weeknight). But other than that, there's literally nothing I'll be giving up. And the beauty of switching to on-demand streaming is that I don't have to worry about DVR disk space. It's all there waiting for me whenever I want to watch it. I will have to keep reasonably current on Hollywood Game Night, since Hulu only archives the five most recent episodes of that hilarious game show for whatever reason. And I'll have to wait for Disney+ to launch in November before digging into the next season of Star Wars Resistance. But, oh well. $38 vs. $120. For exactly the same content. (Keep in mind that I don't watch sports, aside from IMSA and FIA World Endurance Championship racing, and those races have long been better covered online than on TV. If you're a mainstream sports-watcher, the equation is a little more complicated.)

Overall, it wasn't a difficult decision to become a cord-cutter. And when my wife kindly pointed out that we spend more time watching the Critical Role Twitch channel every week than we do watching traditional TV series, it was that much easier. 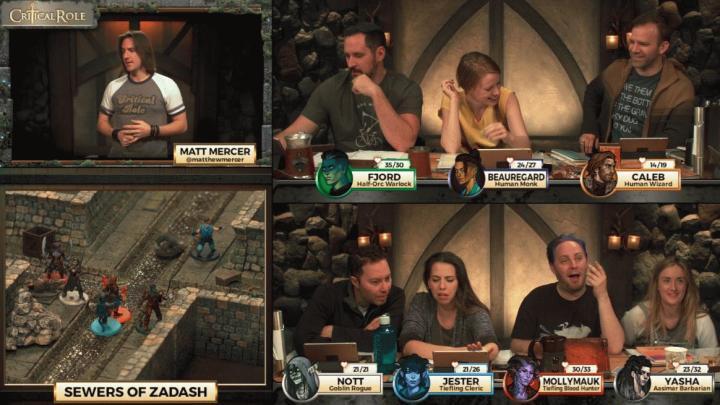 At any rate, as I said above, this isn't a story about economics. All of that was merely my own personal story of how and why I got here. But once my wife and I made the decision to cut the cord, we quickly realized that we had about a month to burn through everything left on our Dish Network DVR: Tons of This Is Us. A few episodes of Grey's Anatomy. A couple months' worth of FantomWorks that we've been saving up to cherish one morsel at a time here and there, unable to come to terms with the fact that the series has ended.

A few hours into our burn-it-to-the-ground This is Us marathon, though, we ran into an episode that was cut off halfway through due to a severe weather outbreak. First the local talking heads came on screen, then the recording just stopped. At which point I figured, what the hell? Let's go ahead and re-up our lapsed Hulu subscription now so we can finish the rest of the episodes piling up on the DVR.

Those of you who ditched cable or satellite back when all the cool kids were doing it probably know exactly where I'm about to head with this. But for me and my wife, it was honestly outright shocking how much better the series looked via Hulu these days than it does via satellite. Gone was the smeared and blocky mess that we've come to accept as "watchable" (even after the excellent video upscaling of our Marantz AV preamp has worked its magic). Gone were the smeared colors and compromised shadow detail--all of the things we could more easily excuse back when the best display in the house was a 58-inch plasma. And look, I'm not saying that This Is Us boasts Oscar-worthy cinematography or anything, but damn... I had no idea the series was supposed to actually look this good.


I also didn't know that the sound could be this good. The increase in dialogue clarity, not to mention the enhanced fidelity of the series' nostalgic soundtrack, was utterly palpable. Should I have known better? You could argue that I should, especially after experiencing how much better shows like Game of Thrones and Downton Abbey look and sound on disc and streaming alike. For some reason, though, I didn't expect the same to be true for a prime-time NBC soap opera, or much of the rest of the shows we watch on TV. At least not to this degree. Long story short: we deleted the rest of the episodes off our soon-to-be-returned Dish Hopper and continued our marathon via Hulu.

and ship it off, and rip that unsightly parabolic reflector up out of our front yard. I thought that would be something of a wistful day, even taking into consideration the financial savings. But now that I've adjusted to just how much better the AV experience is via on-demand streaming, even for maudlin (but addicting) fluff like This Is Us, I feel a little ashamed for subjecting my reference-quality home theater system to the garbage quality of satellite for as long as I did.

This wouldn't have a valid consideration for me just a few years ago, when streaming was simply a matter of convenience, and the viewing experience was plagued by agonizing buffering, subpar quality, constant resolution drops, etc., even on my reasonably beefy (but below-average) internet connection.

But these days, streaming is quickly catching up to the very best video formats available in the home, even if you're not rocking gigabit download speeds. I've forgotten what buffering is like, and the quality delta between streaming apps via Roku and discs via Oppo is ever-shrinking, to the point of diminishing returns. It's getting harder and harder to justify a gross-looking linear TV subscription on our increasingly larger, higher-resolution displays, and more affordable, higher-fidelity sound systems. Simply put, streaming delivers a level of picture and sound quality worthy of my reference home theater system; satellite simply doesn't.

Of course, as I indicated above, my situation may not be like yours. If you follow normal-people sports, you probably still need a linear TV subscription, or at least one of the live-streaming services like Sling TV or PlayStation Vue that attempt to replicate that experience (although those all have a long way to go in terms of quality and reliability).

But if you're not a sports-watcher and you've been hanging onto a pay TV subscription simply because of inertia, or because you tried out on-demand streaming replacements a few years ago and found the experience to be rightfully subpar, sign up for a free trial of Hulu or whatever Amazon Instant add-on packages cover your TV needs, and see for yourself just how much better it has become from the perspective of AV quality.

Seriously, you might find that the financial savings are merely the icing on this whole cord-cutting cake.

You'll automatically be entered in the HTR Sweepstakes, and get the hottest audio deals directly in your inbox.
Subscribe
Connect withD
Login
Connect withD
0 Comments
Inline Feedbacks
View all comments
Author
Dennis Burger
When you buy through links on our site, we may earn an affiliate commission. Your support is greatly appreciated!
This is the static ad content. This is just a placeholder for now to get things styled.
Visit Website