Could Coronavirus Be Worse Than Trump's Tariffs for Specialty AV?

Could Coronavirus Be Worse Than Trump's Tariffs for Specialty AV?

The specialty AV industry has already struggled over the past few years due to Trump's trade war with China. But this new novel coronavirus could make things much, much worse. 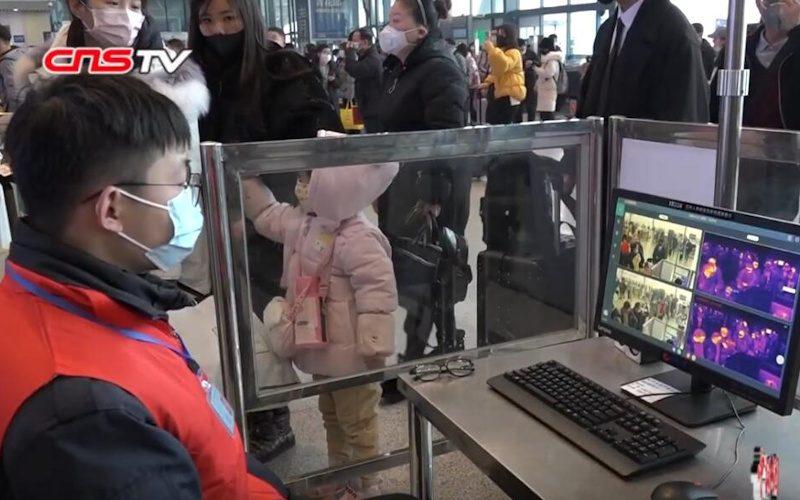 It doesn't matter what type of media you consume - be it TV, new media, social media, what have you - you've certainly heard about potentially soon-to-be-global pandemic known as the novel coronavirus (COVID-19 or #WuhanCoV).

Here are a few things you might not have heard, though. Chinese New Year represents the largest annual human migration in the world, in that workers from all over the country take off three weeks in the winter and head home, while college students are traveling for winter break. What happens, though, when all the people who migrated from Shenzhen to Zhengzhou don't come back to the factories when Chunyun ends?

The issue of manufacturing not returning to Chinese factories is far from new. This is a decades-long concern for the Chinese manufacturing-based economy. The way it works in China is that many people migrate from rural areas of the country into major manufacturing cities and they work like mad for at least a year. Sometimes many years in a row. Chinese Lunar New Year is the time of the year, early in the calendar, when they return back to their families having lived in work dormitories for extended periods of time. They stereotypically save their money and return home to rural areas flush with cash that the typical rural Chinese family can live off of for quite a while. And it's not uncommon for workers who return home to stay there, creating quality control problems in spring manufacturing in China. This isn't just for the specialty audio video business, but across all sorts of manufacturing. Over time, these human resources glitches work themselves out. But what happens when virtually none of those workers are allowed to return back to their factories? It's a conundrum that few people are discussing.

Wuhan, China is a big city by global standards, with a population comparable to that of New York City or London. This coronavirus has hit the area hard, perhaps in ways that haven't been well-reported. The doctor that sounded the alarm for the virus is dead. Photojournalists who have covered the issue from Wuhan are now silent and possibly missing, resulting in the creation of hashtags of support for them by people who live in challenged democracies such as The United States. This novel coronavirus has surpassed SARS in terms of people who have died as of mid-February in China. That death count is likely to be higher in the coming weeks, as there are cruise ships filled with infected people. There are U.S. military bases packed with Americans evacuated from Wuhan waiting to be cleared for contact with other people. It is a total mess through anyone's optics.

There are some narrow-minded consumers and enthusiasts involved in the specialty AV business that suggest that all high-end audio and video should be made in The United States. That is simply absurd and, respectfully, just impossible. The threat of Donald J. Trump's tariffs was a strong motivator for companies to look for other alternatives like Vietnam and Taiwan, but the reality is that those countries offer less "tier-one" manufacturing but have already built in the 25 percent tariffs in to their asking prices to manufacturer AV products. The truth is that you get lesser manufacturing quality for more money by moving out of China because of the ignorant, bloviating threats on China made by an American President.

Since the U.S./China trade war has settled down a bit going into a 2020 Presidential election year, the coronavirus arguably makes for a bigger problem that Mr. Trump's taxes (because that what tariffs are: taxes). How long will it be before people in China are allowed to return from Chinese New Year? Donald Trump recently tweeted that when the weather gets better, the threat of the spread of coronavirus will go down, an assumption that experts call "reckless." Remember, though, that Trump is the very stable genius who called climate change a "hoax" and who modified an official NHC hurricane forecast track with a Sharpie. There are specialty AV companies deeply affected by the novel coronavirus. One that I've heard of based in Wuhan is headphone manufacturer HIFIMAN, which makes some very cool audiophile-grade products. How much inventory is in the United States or available for global distribution right now? How long will it be until they can ship more if nobody is allowed to (or wants to) come back to Wuhan to make more headphones?

The simple fact is that we can't have the specialty AV hobby the way that we like it, where the gear gets better and better while the prices go down and down, without China. Vietnam and Taiwan are nice options for new manufacturing, but the bulk of what we buy for our hobby, our homes, and our passion comes from China and that isn't changing soon. The issue is that AV manufacturing isn't going to bounce back as quickly as one might think thanks to the coronavirus. It could be weeks or possibly months before things are the same. Tariffs raise prices, but so does lack of inventory. Demand could quickly surpass supply. And we remember what happens as a result from Econ 101, right? It might be no more than a few weeks before that tipping point is hit in the global electronics market. If you are in the market for something sexy and AV-related (or smart home-related, or network-connected) that comes from China, it might be the time to buy. And I mean now. Hopefully, we are all wrong and everything returns to normal, but are you willing to bet on that? Most are not.