It was around the early 30's when the first television (as we know it) came to be. The original TV was based on CRT (cathode ray tube) technology, and that technology stuck around well into the 90's. A pretty good... 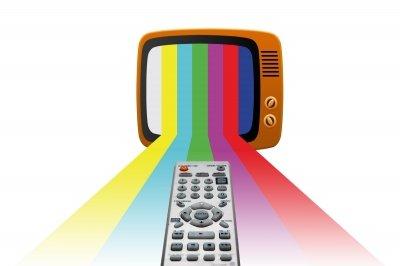 It was around the early 30's when the first television (as we know it) came to be. The original TV was based on CRT (cathode ray tube) technology, and that technology stuck around well into the 90's. A pretty good run, but the demands of HDTV and emerging technology like plasma signalled the end to CRT. Nowadays plasma is being phased out while LED LCD hold firm and new technologies like OLED and laser start coming to the fore.

With all the changes to the style and format of television manufacturers are often racing to keep up with the latest tech and the latest tastes. As a result we have some priceless examples of television history out there. Some are quite old, others fairly new, and at least one not even available as of yet. They all show that in the quest to build a television for every consumer, the big companies sometimes opted for odd, outrageous and oftentimes impractical ideas that never really took off. And even the ones that did have since faded away.

With the actual technology behind the television not changing much for around sixty years, manufacturers sought ways to get people to buy another set anyway. (Thank goodness they don't do that anymore.) From tiny TVs to giant TVs to TVs that hid inside bureaus or looked like soccer balls, pretty much any idea was on the table. Looking at the pictures below it's easy to see why some styles didn't catch on . . .

You'll automatically be entered in the HTR Sweepstakes, and get the hottest audio deals directly in your inbox.
Author
hometheater
When you buy through links on our site, we may earn an affiliate commission. Your support is greatly appreciated!
This is the static ad content. This is just a placeholder for now to get things styled.
Visit Website