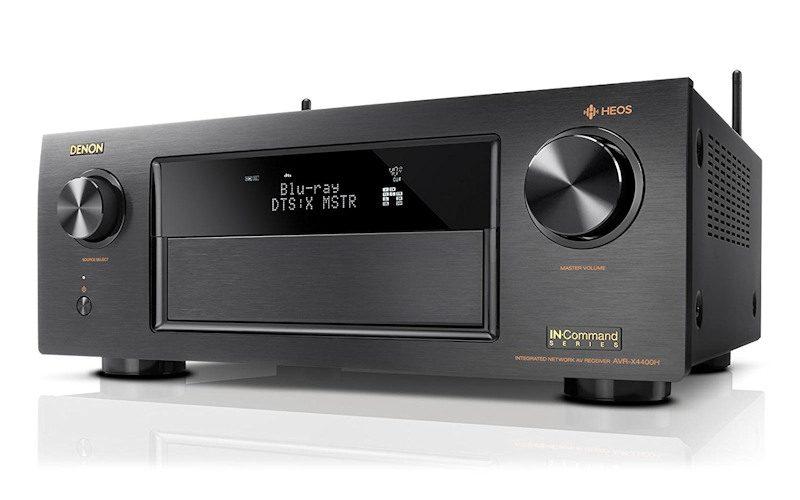 I finally upgraded my living room television to a 4K set. As much as I was excited to get a new television, especially as it was with my wife's blessing, this required me to upgrade the rest of that system... 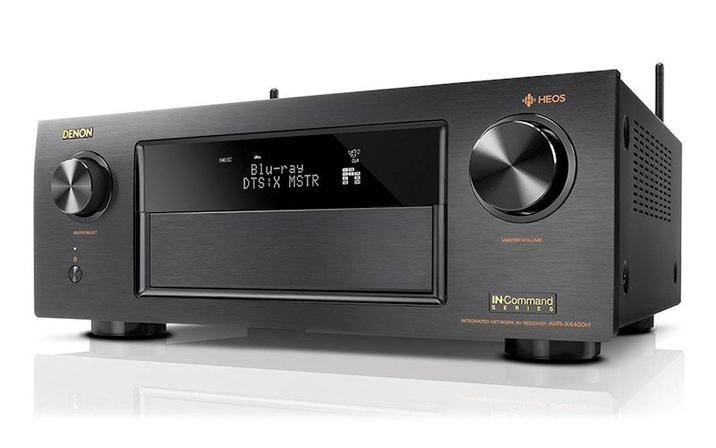 I finally upgraded my living room television to a 4K set. As much as I was excited to get a new television, especially as it was with my wife's blessing, this required me to upgrade the rest of that system to accommodate Ultra HD video signals. The receiver I decided on buying after some research was the Denon AVR-X4400H, which hit the sweet spot for me with its feature set and $1,599 retail price. I had recently reviewed the Sony STR-DN1080, which provides a solid value and was tempting, but opted to increase my budget to obtain some more features and improved performance.

The Denon AVR-X4400H is a 9.2 channel AVR but can handle up to 11.2 channels with the addition of an external stereo amplifier. The internal amps are rated at 125 watts per channel, and while I take receiver amplifier ratings with a healthy grain of salt, the nearly 30-pound weight of the Denon indicates a significant power supply. The Denon's HDMI HDCP 2.2 compatible signal path can accommodate a variety of 4K UHD signals up to 60 Hz, including Hyper Log Gamma (HLG), HDR, Dolby Vision, BT.2020, 3D, and 21:9 signals.

In short, it can accommodate any of the 4K signals I might be looking to pass through to my new television at any point in the reasonable future. A future update will enable eARC, which allows for playback of the newer height enabled surround sound formats from your television's built-in applications. The Denon is also capable of handling the current crop of object-based audio formats, including Dolby Atmos, DTS:X. Auro 3D processing also now comes standard. If you are more concerned with two-channel audio, no need to worry, as the Denon can handle ALAC, FLAC, and WAV files up to 24-bit/196kHz, as well as single and double rate DSD.

The AVR-X4400H has eight HDMI inputs, as well as good selection of legacy inputs, including component and composite video, digital and analog audio, including phono inputs. Wireless inputs include Bluetooth, AirPlay, and Wi-Fi. A feature I really appreciated was the built in HEOS functionality, which allows the Denon to seamlessly blend into my HEOS system as a separate zone. If you prefer to run wired multiroom audio off of the Denon receiver, it is capable of running three zones and even has analog outputs for zones two and three. Due to space considerations, I can only mention some of the Denon's capabilities and specifications; for more information please see the product page on the Denon website.

Like many other receivers and processors, the AVR-X4400H has an abundance of features, but they don't do you much good if you can't figure out how to use them. The Denon's setup wizard is very easy to use, with clear graphical illustrations and nice descriptions of its numerous options. I connected the Denon to my B&W FPM front speakers, and four in-ceiling B&W CCM80 speakers just in front of and behind the main listening position, with the forward pair acting as height speakers and the rear pair serving as surrounds in a 5.1.2 configuration. A B&W ASW610 subwoofer rounds out the system.

When it came time for the Audyssey setup, I used the Audyssey MultEQ app already installed on my iPhone. The MultEQ app provides a lot more control and options when setting up Audyssey filters, but can take some patience to make precision adjustments, especially on smaller screens and without a stylus. The app can be purchased for $20 if you do not already have it. I also downloaded the free Denon app, which I found easy to use. Alexa voice control is an option, but I usually have the microphone on my Echo muted.

The Denon has worked without a hitch for both movies and music since installation. I use the Oppo UDP-203 as my primary source. With The Hunger Games (4K UHD Blu-ray, Lionsgate), the Denon had no problems passing the UHD video signal of the 4K disc and did a good job with upscaling the 1080p Blu-ray, although the Oppo's internal processor did edge it out on sharpness. The often-complex Dolby Atmos soundtrack was rendered with sufficient detail to keep dialogue clear up front, and the individual sound effects provided a convincing three-dimensional soundstage. Using two height channels is not as immersive as using four, but this was a limitation of the setup in this room rather than the receiver.


The obvious competition is from Denon's sister company, Marantz. Specifically the SR6012 ($1,499) and SR7012 ($2,199). The Marantz have multi-channel inputs, nicer speaker connections, and HDAM circuitry. Overall, I find the Marantz receivers to have a warmer sound profile.

Yamaha's AVENTAGE RX-A2070 is another compelling and similarly priced alternative. The Yamaha doesn't feature Audyssey, of course, instead relying on its own proprietary YPAO room correction, and it features the much simpler MusicCast for wireless multiroom audio, instead or HEOS.

Onkyo also offers the TX-RZ920 in roughly the same price class. It relies on that company's AccuEQ system for room correction and FlareConnect for wireless multiroom audio. It also features Chromecast capabilities.

Conclusion
The Denon AVR-X4400H provided solid performance with both music and movies. I was particularly impressed with the Denon's performance with multichannel movie soundtracks. Even with seven channels of amplification being used with complex soundtracks at relatively high volumes, the Denon remained composed, without any signs of clipping or strain. With music, I found the sound to be a touch cooler than what I preferred, but I was able to make some tweaks with the MultEQ app to get the sound closer to what I was looking for. If your sonic tastes run towards the warmer side, the Marantz receivers discussed above will deliver that profile with a similar feature set.

Bottom line: the Denon let me play and watch whatever I wanted with ease. I originally considered the AVR-X3400H but am happy that I went with the AVR-X4400H as it has a much more substantial amplification section, which I have been able to put to good use. The AVR-X4400H's combination of full feature set, solid performance and the all-important ease of use makes it a very solid competitor in this segment of the AV receiver market.