The Dark Knight, the Batman feature film that won Heath Ledger a posthumous Best Supporting Actor Oscar for his performance as the Joker, is now available with its predecessor, Batman Begins, as part of a mail-in promotion offered by Denon and Warner Home Video. 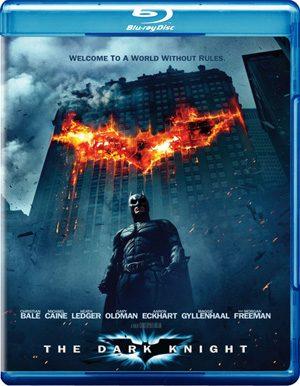 Denon Electronics today announced it is teaming up with Warner Home Video for a major holiday promotion keyed to the much anticipated Blu-ray Discs• release of the year's highest-grossing film, The Dark Knight.  From November 23, 2008 through January 10, 2009, consumers who purchase select Denon® high-performance Blu-ray Disc• players will be eligible to receive Blu-ray Discs• of both The Dark Knight and Batman Begins by simply completing a claim form and mailing it in along with proof of purchase. Blu-ray Discs• players that are eligible for this promotion include Denon's DVD-1800BD (SRP: $749) and DVD-3800BDCI Blu-ray Disc Players ($1,999), as well as the DVD-2500BTCI (SRP: $1,199) Blu-ray transport.

According to Warner Home Video, the Blu-ray release of The Dark Knight was specifically mastered to fully exploit the breakthrough technological capabilities of the high-resolution format. Notably, key sequences in the film that were shot in the IMAX format will offer viewers extraordinary performance enhancements in the Blu-ray version. In addition to the extraordinary picture and sound, the Blu-ray release of Batman Begins contains a multitude of special features and extras including picture-in-picture commentary.

"The Dark Knight truly epitomizes what this high-resolution format has to offer for home entertainment, both in terms of high-quality content, image and sound," said Joe Stinziano, Sr. Vice President, Sales & Marketing, Denon Electronics. "Most importantly, our Blu-ray promotion with Warner Home Video is designed to benefit both our valued retail partners as well as consumers by generating excitement for Blu-ray products. Consumers will be looking for a strong value this holiday season and an attractive offer tied to the year's highest grossing film will help drive store traffic and sales. With this promotion, we're offering consumers 'Super Picture, Super Action, and a Super Deal,' and that's exactly what they will get!"

To highlight this promotion at retail, Denon is offering a variety of high-impact P.O.P. materials, as well both Online and Offline Advertising.  Check your local AV dealer for more details.