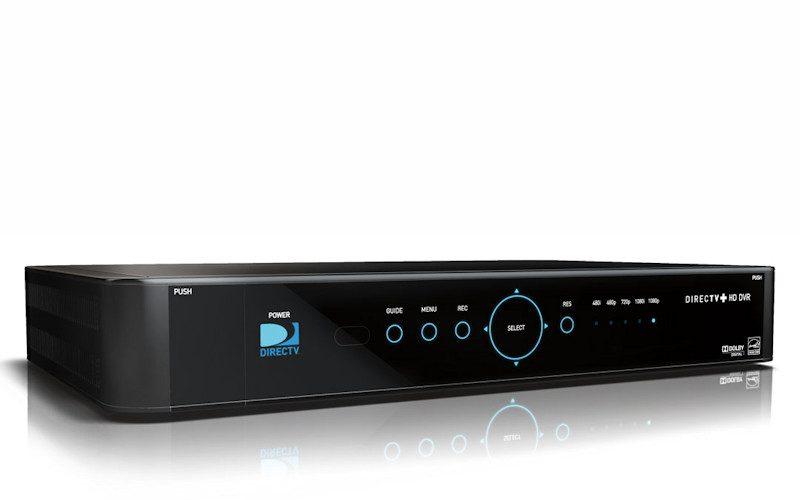 Reviewer Adrienne Maxwell decided to upgrade her system with the DirecTV HR24 Satellite Receiver and HD DVR, and it proved to be quite the upgrade according to her review.

As a DirecTV subscriber who recently moved into a new home, I had the chance to put those DirecTV commercials to the test. Would it really be a hassle-free experience? In fact, it was. I called DirecTV to inform them of my move, scheduled a date for the new dish installation (a Sunday, at that), packed up my H20 receiver and HR21 HD DVR, and went on my way. The commercials hint at free equipment upgrades, so I made a point to ask about this during the call. What I got was a free upgrade from the H20 to an HR24 HD DVR, as long as I was willing to agree to a new two-year commitment (which I was).

The installation was quick and painless, performed by two courteous DirecTV installers. My previous install required the running of two lines to the HR21 in order to get the dual-tuner functionality. This time around, thanks to DirecTV’s Single Wire Multiswitch (aka SWiM) technology, the installers were able to run a single coaxial cable to each set-top box, which allowed them to use the house’s existing wiring. I’m now enjoying a two-DVR household; should I choose to pay $3 per month to add the Whole-Home DVR service, I could record different content on each box and watch it on whichever box I choose.

As I write this, I’ve spent about a week and a half with the HR24, and I’m quite pleased with it. The HR24 has a 500GB hard drive and, as I alluded to above, dual tuners to record two shows simultaneously or watch one show while you record another (over-the-air ATSC tuners are not included). Its functionality and user interface are essentially the same as I described in my previous write-up on the HR23, but the new box does have a few notable differences. The HR23 used wide-band tuners that allow you to tune in the complete HD channel lineup without the addition of the small B-Band Converter box that sits between the coaxial cable and the receiver; from many reports I’ve seen, the HR23 was quite slow as a result. The HR24 does not use the wide-band tuners, so you will need the B-Band boxes if you have a non-SWiM installation. (Because I have a SwiM install, I don’t need B-Band boxes for the HR24 or my old HR21.) Having never used the HR23, I can’t say how the HR24’s speed compares with its direct predecessor, but I can tell you that the new box is much faster–in channel changing and guide navigation–than the HR21.

The HR24 also has a smaller form factor and a new, more stylish aesthetic. Gone are the hard buttons of previous models, replaced with a completely smooth front panel with touch-sensitive controls for guide, menu, record, resolution, navigation, and select, as well as lights to indicate resolution. The access card hides behind a panel on the right, and a USB port hides behind a panel on the left, to which you can attach the optional AM21 tuner module for over-the-air HD tuning (this port does not support media playback, wireless networking, or external USB hard drives). The back panel offers one HDMI, one component video, one S-video, and one composite video output, as well as both optical and coaxial digital audio outs. A single Ethernet port is included to add the box to your home network, which is necessary for ordering VOD titles. The HR24 also offers internal support for the DirecTV Ethernet Coaxial Adapter (DECA)–which is DirecTV’s implementation of MoCA technology–so you have the option of networking directly through the coaxial cable. Other back-panel connections include a phone jack, a second USB port, and an eSATA port to add a larger hard drive.

The RC65R remote has the standard DirecTV look and layout. It lacks backlighting but supports IR and RF control (the RF antenna is built into the HR24). DirecTV has added two-way programming capability that allows the HR24 to automatically program the remote, making it very easy to add control of your TV and two additional A/V devices.

Click on over to Page 2 to ready all about the High Points, Low Points, Competition and Comparison and Conclusion . . .

High Points
• The HR24 has a 500GB hard drive, with the option to add a larger hard drive via the eSATA port.
• SWiM technology allows you to use a single coaxial cable and still get dual-tuner functionality.
• The HR24 is much faster than previous DirecTV HD DVRs and has a more attractive design.
• You can add the HR24 to your home network via Ethernet or DECA (MoCA) technology, to order DirecTV VOD and stream media from your computer.
• This HD DVR is compatible with DirecTV’s Whole-Home DVR service.
• DirecTV offers an iPad app that allows you to control and manage your HD DVR.

Low Points
• This box does not feature a built-in wireless network connection, and the USB ports don’t support wireless networking or media playback.
• DirecTV does not support access to Internet services like Netflix, VUDU, Pandora, etc.
• DirecTV does not currently allow you to watch live content through mobile devices–with one exception. NFL Sunday Ticket subscribers can view live games via their smartphone or iPad.

Competition and Comparison
Compare the DirecTV HR24 with its competition by reading the reviews for the AT&T U-verse DVR and Service, TiVo Premiere HD DVR, and Moxi HD DVR. Learn more about HD DVRs by visiting our Satellite Receiver and HD DVR Reviews section.

Conclusion
Thus far, I’m very happy with my new HR24. Its primary advantages over previous DirecTV HD DVRs are its speed and its smaller, more attractive design. Of course, I got mine as a free upgrade, which always makes things easier to like. Are those perks enough to justify the $199 price tag if you aren’t eligible for a free upgrade? Probably not…especially when we might see the fully loaded, RVU-enabled HMC30 HD DVR sometime this year. Still, if you’re thinking of making the switch to DirecTV, I think you’ll be pleased with the HR24 and with DirecTV’s HD DVR service. It’s logical, it’s reliable, and–most importantly–DirecTV’s picture quality is excellent.

Check out our gallery of the Technological Rise of the AV Receiver at HomeTheaterReview.com below . . .