As was announced at CES 2014 DISH has come through on its promise to deliver new set-top boxes to its customers and the Super Joey is the first out of the gate. The Super Joey two has tuners for up... 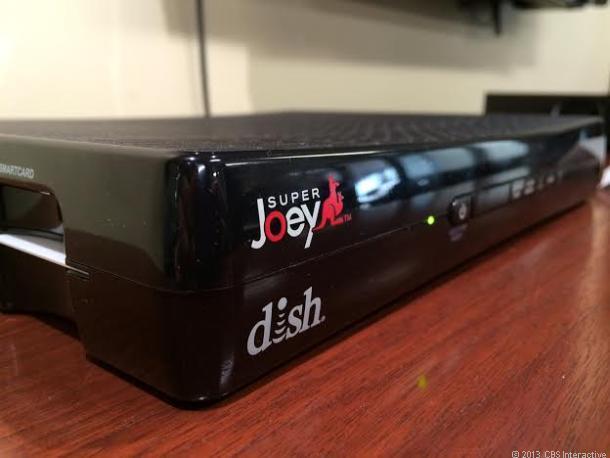 As was announced at CES 2014 DISH has come through on its promise to deliver new set-top boxes to its customers and the Super Joey is the first out of the gate. The Super Joey two has tuners for up for recording up to eight shows at a time, bumped up from six at a time on previous models.

The box, which was unveiled at the Consumer Electronics Show in Las Vegas in January, precedes the Wireless Joey that has broken free of a coaxial cable connection and that is coming in the next several months.

The Super Joey adds two network tuners to the Hopper system, so you can record up to eight shows simultaneously when using Dish’s embattled PrimeTime Anytime recording feature, which gives you the option of automatically skipping commercials on recordings of broadcast network shows. Previously, you could record up to six programs.

Several networks are suing Dish over the Hopper feature, including CBS, the parent company of CNET.

Last week, however, ABC parent Disney settled its Hopper dispute with Dish in a benchmark content deal. Under that new pact, Dish promises to suspend the AutoHop ad-skipping feature on Disney shows for three days after they air in exchange for keeping access to Disney channels like ABC and ESPN, expanding customers’ access to mobile app video, and — most significantly — giving Dish the right to stream video live and on demand as part of an Internet-delivered television service.

It marked the first time a company publicly sealed the kind of content deal that’s essential for Internet-delivered TV, an ambition that Apple, Sony and Verizon are all pursuing.