Curved TVs were big again this year at CES, which has Jerry Del Colliano asking the question, "Does anyone out there really want a curved TV?" Manufacturers promise a more immersive viewing experience, but are consumers really buying it? 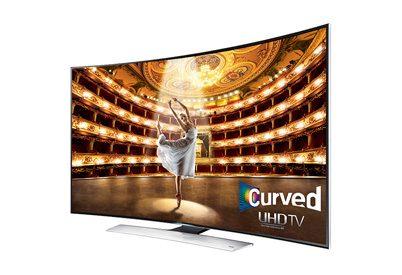 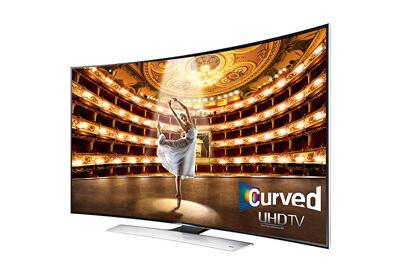 Having recently returned from the epicenter of new technology and global influenza known as the 2015 International Consumer Electronics Show, there are many storylines to discuss in the coming months as the technologies we saw become reality. One of the most compelling topics is the continued and curious proliferation of curved 4K UHD TVs. They were everywhere in the Central Hall of CES, being shown as the top offerings from many of the biggest display manufacturers, including Samsung, LG, and others.

Roll the tape back about 10 years to a world where big, boxy TVs dominated American living rooms, and it wasn’t hard to understand why consumers wanted to hang a plasma (that’s all we had back then) on the wall, thus freeing up living rooms for more living. Literally, one look at a first-generation 42-inch flat TV, and you wanted it. The question was, did you have the roughly $15,000 to buy the set because you wanted it–nay, lusted for it. Most people couldn’t buy in at first, but prices dropped enthusiastically in ensuing years, and today you can buy a pretty damn good 60-plus-inch 1080p HDTV for about $1,000. We’ve come a long way, baby.

Do the new curved TVs have the same appeal, compared with their flat counterparts? Every time I informally poll consumers, they nearly always say no. They still love the form factor of a flat TV. The thinner, the better. For years, the video manufacturers obliged with more and more waif-like HDTVs, albeit sometimes sacrificing performance to get there. Still, it’s hard not to say “wow” at a TV that is thinner in width than one of today’s top-performing smartphones. It’s just a marvel of technology. The consumers I talk to want new TV technologies like OLED and 4K, but they want them in flat form factors with less technical compromises and (of course) at low prices.

In the booths at CES, I heard statements like “It’s a more immersive experience” when people questioned the reasoning behind the curve. Really? On a 70-inch TV? The fact is, anyone who really wants an immersive, IMAX-like experience is going to invest in a much larger-screen front-projection setup, so what’s the need for the curve on the TV side?

I have a conspiracy theory about why curved TVs are being pushed today, despite the lack of consumer demand for the curve. With higher-end, more sales-oriented AV chains like Tweeter, Ultimate Electronics, The Good Guys, and others long gone and big-box stores like Costco, Target, Walmart, and online players like Amazon selling more and more TVs, I think the video manufacturers don’t believe that Joe Average Consumer can really see the difference between UHD and 1080p on its own. If the TV is curved, though, then it’s obvious which one is the hot, new TV. Simply put: the curve is new, new is better, thus the curve is better. Let me set the record straight: even if you have a detached retina or are only days away from cataract surgery, you can see the difference between native 4K UHD and 1080p. It won’t be subtle, especially when high dynamic range and a wider color gamut come into play in both the content and the TVs. (Adrienne is going to write about these technologies in more detail soon.) This year’s new 4K TVs looked simply amazing, curve or no curve.

Another philosophy put forth to me at CES by a former video writer is that curved TVs show the potential for OLED and other formats to be rolled up like a yoga mat and taken with you. I get his point, but I am not sure I want to pay big bucks for a cutting-edge 4K TV today for something that seems like a novelty. How many times are you going to show your friends at a cocktail party that your TV can curl up at the ends? Once, perhaps. It just doesn’t seem worth the development money when the thing consumers really want is an ultra-thin, flat TV.

I’m not saying that companies weren’t showing very thin 4K TVs at CES because they were. Sony and LG, specifically, had some really amazing-looking sets that were incredibly thin and stunningly beautiful. Even more encouraging is that the performance of these ultra-thin 4K sets is getting better and better. These new TVs won’t be cheap, but they will be better.

Where do you stand on curved TVs? Will you buy one in the coming months? Would you settle for the curved design to get the best UHD picture quality? Comment below. We want to hear from you on the topic of curved TVs. If you’ve got a curved TV, post a photo and tell us what you think of it.