Dolby Vision made a big splash at CES 2017. Adrienne Maxwell highlights some of upcoming video products that will include Dolby's High Dynamic Range technology. When discussing video trends at CES, the primary talking point is almost always TVs, TVs, TVs. The Central Hall at the Las Vegas Convention Center is TV Central–that’s where you’ll find companies like Samsung, LG, Sony, Hisense, and TCL prominently displaying at least some of their planned TV offerings for the year.

Last year, the big CES TV theme was HDR, or High Dynamic Range–namely, the fact that HDR was being embraced by a wider number of manufacturers and appearing in lower-priced sets. In most cases, the type of HDR being utilized was the open HDR10 format. Dolby Vision had a minor presence, but HDR10 was everywhere. Add in the fact that the only two Ultra HD Blu-ray players on display last year, from Samsung and Philips, also lacked Dolby Vision support, and some of us started to wonder whether Dolby’s more advanced technology had already lost out to the more open but less precise HDR10 format. (You can learn more about HDR10 and Dolby Vision here.)

Well, fast-forward one year to CES 2017, and Dolby has answered that question with a resounding no. Dolby Vision had a huge presence at CES 2017, meaning it will have a huge presence in our video devices as the year rolls along. Here’s a look some of the major news/product announcements related to Dolby Vision at the show.

UHD TVs
Last year, LG, Philips, and TCL all announced the inclusion of Dolby Vision in their premium TVs. LG’s DV-friendly TVs actually came to market, making them the first to offer both HDR10 and Dolby Vision. Later in the year, VIZIO rolled out firmware updates to add HDR10 to many of its Dolby Vision-capable TVs, too. However, the Philips and TCL DV-friendly TVs never materialized.

This year, LG’s OLED TVs (shown below) and Super UHD TVs will once again support both formats. Philips and TCL again announced support for Dolby Vision; this time, instead of just hinting at it with one premium series, both companies have promised its inclusion across multiple series (the 6000, 7000, and 8000 Series for Philips (shown above), the C and P Series for TCL)–so it’s much more likely to actually happen. 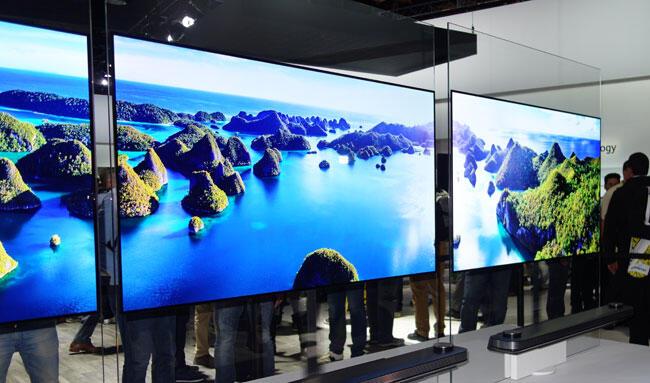 Perhaps the biggest and best news for Dolby is that Sony has officially embraced Dolby Vision. This should’ve been a no-brainer, since Sony Pictures was one of the early studios to partner with Dolby to deliver DV content. However, Sony Electronics had been quiet on the topic before CES, where the company announced that the new X930E/X940E LED/LCD line and the new A1E OLED line would support both HDR10 and DV. (Yes, Sony has recommitted to OLED–that’s the other big piece of video news from the show.) 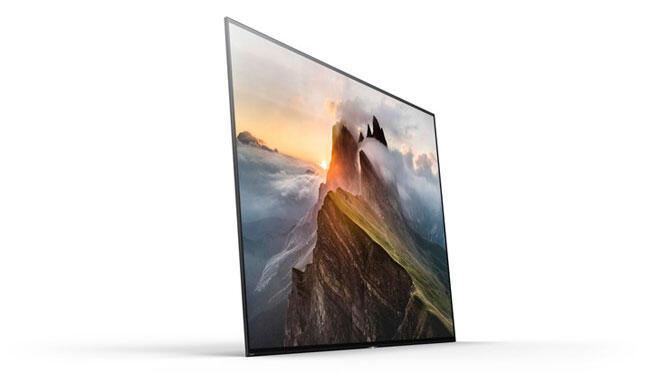 Hisense also showed off a new Dolby Vision-friendly UHD TV, the 75-inch 75R8, that will also be built around the Roku UHD OS.

So, let’s see: Vizio, Sony, LG, TCL, and Hisense have all embraced Dolby Vision to some extent. I feel like I’m forgetting somebody. Oh, that’s right–a little company called Samsung. Yes, the number-one-selling TV manufacturer still remains the major holdout. At least for now, the new Samsung LED/LCDs will support HDR10 but not Dolby Vision–we’ll see if that changes before the company’s official line show in the spring.

Ultra HD Blu-ray Players
Oppo Digital recently came to market with the UDP-203 Ultra HD Blu-ray player (check out our review here), which was the first official Dolby Vision-ready player. By “Dolby Vision-ready,” I mean that it doesn’t support DV playback right now but contains the needed hardware to do so. The feature will be activated via firmware update sometime in the first half of 2017. 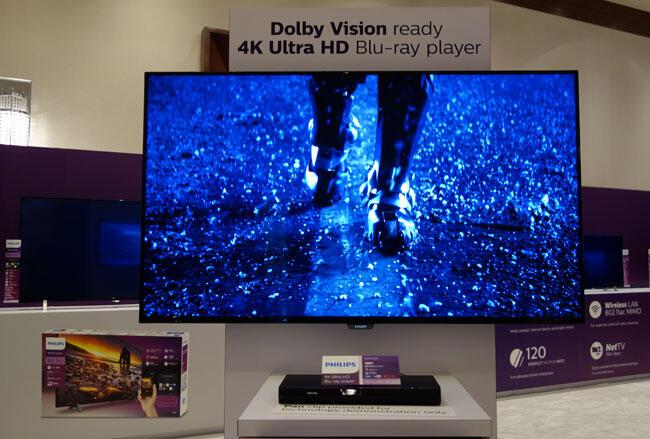 The good news for fans of the blossoming UHD Blu-ray format is that several other players were announced at the show; unfortunately, with the following players, Dolby Vision either won’t be included, or it has not yet been confirmed.

• Sony: Following up on its announcement of the premium UBP-X1000ES player at CEDIA, Sony unveiled the UBP-X800 universal disc player, also due out in the spring with no pricing yet. I inquired as to whether these players would support Dolby Vision upon their release (the time frame seems to suggest the ability to add DV hardware), but I got no official answer.

• Panasonic: The current DMP-UB900 player will remain the flagship, but Panasonic will introduce three other players–the DMP-UB400, DMP-UB310, and DMP-300–at lower price points. Pricing and availability have not yet been announced. [Editor’s note, 1/18/17: Panasonic has informed us that these players were part of the company’s European press announcements; we don’t currently know which, if any, will be available in the U.S. market.]

• Samsung: A new M9500 player will join the K8500 that will add a front-panel display and Bluetooth wireless streaming. At a pre-CES briefing, Samsung also said it would introduce another lower-priced player…and that currently there are no plans to add Dolby Vision support.

Dolby Vision content is already available to be streamed to compatible TVs via the VUDU, Netflix, and Amazon Video apps. Dolby says that approximately 80 titles are already available for streaming. Neither Dolby nor the studios named specific films that we might expect as part of the first crop of DV-friendly discs.