No doubt a few of our readers are already sitting on some IMAX Enhanced gear* and have been champing at the bits for some content to show off your new toys. You'll be happy to hear that the first two... 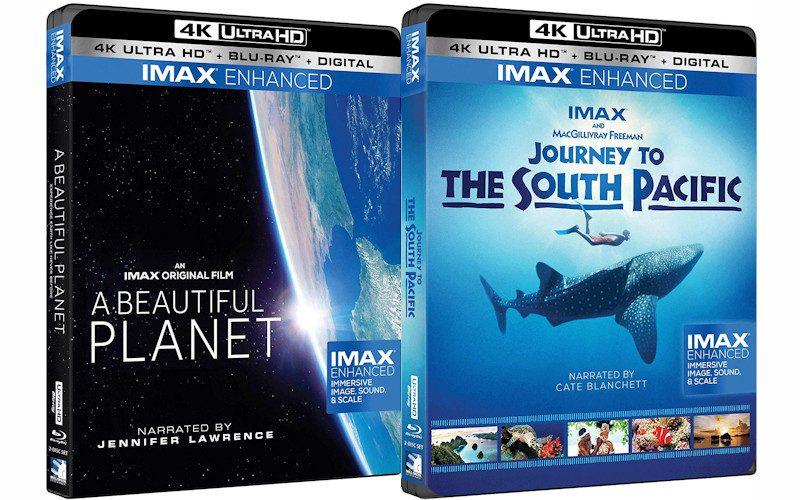 No doubt a few of our readers are already sitting on some IMAX Enhanced gear* and have been champing at the bits for some content to show off your new toys. You’ll be happy to hear that the first two IMAX Enhanced UHD Blu-rays are shipping now. The titles include A Beautiful Planet and Journey to the South Pacific,

More details on the new discs from DTS:

Launched in September by IMAX and DTS, the IMAX Enhanced program combines the highest-end consumer electronics products with IMAX digitally re-mastered 4K HDR content and DTS audio technologies to offer consumers a new level of quality in immersive sight and sound experiences for the home.

The IMAX Enhanced program uses the newest, proprietary post-production process developed by IMAX to digitally re-master content to produce more vibrant colors, greater contrast and sharper clarity. IMAX and DTS have also partnered with award-winning Hollywood sound mixers to use a special variant of the DTS:X codec technology integrated in home audio equipment to deliver an IMAX signature sound experience with more immersive, powerful sound. The companies are also designing an IMAX Mode for the enhanced devices that will be meticulously optimized to play the digitally re-mastered content as the filmmaker intended in the home.

Additional IMAX Enhanced titles and news will be announced at later dates.