The DVDO Air wireless HDMI system is a unique product that can provide a solution to users in need of a way to deal with long runs of HDMI cables or with areas that are difficult to run HDMI cables. Brian Kahn evaluates how good the solution is. 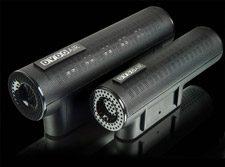 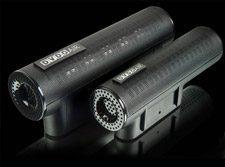 When I moved into my home a few years ago, I mounted my television using an existing wall mount on a tile-covered wall. The prior owners had already run component video cables from the equipment cabinet, and I could not run an HDMI cable without ripping up the wall. I tried some mail-order HDMI-to-component video converters with mixed results at best. I looked at wireless HDMI units, but with most units priced around the $1,000 mark, I did not pursue an HDMI connection to my television until I heard about the new DVDO Air.

Given DVDO’s long history of manufacturing high-quality video processors, I had high hopes for their first wireless product. At $399, the DVDO Air was priced substantially less than anticipated. The system is HDMI 1.4a compatible, so 1080p, 3D and 7.1 high-resolution audio streams and CEC are supported. Wireless transmission is via 60 GHz radio signals, which should minimize interference with or by other consumer wireless devices, such as cordless phones and Wi-Fi networks. The range is stated as 30 meters for line of sight and ten meters for non-line of sight. The DVDO Air comes with transmitter and receiver units, wall-wart-style power supplies and two different mounts, which provide the option of mounting the receiver unit either on top of the TV or on the wall behind. The transmitter and receiver units have a clean, modern tubular design, with black mesh bodies approximately two inches in diameter and eight inches long, with the receiver unit being slightly smaller than the transmitter.

Setting up the system was an exercise in simplicity. Simply connect the transmitter and receiver units to the components you wish to connect and power up the units. It is as simple as that. A WiHD-enabled laptop can also be used as a source instead of the DVDO Air transmitter. This connection is only slightly more complex because of security protocols. To enable a WiHD laptop connection, you will need turn the DVDO Air transmitter off and use your laptop’s software to scan for the DVDO Air receiver to connect.

Read about the high points and low points of the DVDO Air on Page 2.

High Points
• The DVDO Air provides HDMI 1.4a connectivity when a HDMI cable cannot be run.
• The DVDO Air system is simple and easy to set up.
• Despite my best attempts to tax the DVDO Air system, I could not, as there was no visible degradation of the signal, so long as I kept things within the limits of what the DVDO Air allows. Going beyond the Air’s installation limits will cause the system to produce less than satisfactory results.

Low Points
• The wall-wart-style power supplies may be a tight fit with low-profile wall-mounted TVs.
• The system cannot transmit between rooms and may also be impaired if either unit must be placed within an enclosed cabinet.
• Every few weeks, the connection between the transmitter and receiver was lost, requiring the units and their connected devices to be power-cycled to reset the connection.

For more on these products and others, please visit Home Theater Review’s Media Server section.

Conclusion
The DVDO Air is a great problem-solver. A wireless HDMI system can save you a significant amount of money, compared to the costs of running an HDMI through a wall. In some situations, it may not even be possible to run a cable without major work or having the cable out in the open. The DVDO Air may also be a better option in certain situations where long cable runs are involved, regardless of the ease of running the cable. For example, most front projectors are mounted far from the rest of the audio/visual gear. While the cable run to the projector may be easy to do through an attic or crawl space, the cost of a long high-quality HDMI cable can easily exceed the cost of the DVDO Air system.

My only caveats would be to make sure you can try the units in your system before you commit, especially if the connection is not line of sight, and to install the units in an accessible location (or plug the power supplies into a switched outlet) in case they need to be reset. The very occasional need to turn everything off and on again to restore the connection was a minor inconvenience that was more than offset by the benefits provided.

The DVDO Air system can easily and inexpensively solve more logistical connection problems than I can imagine. The system could not be easier to set up or use. While it is not perfect, the benefits of the DVDO Air easily outweigh any shortcomings and it is well worth an audition.

You'll automatically be entered in the HTR Sweepstakes, and get the hottest audio deals directly in your inbox.
0 0 votes
Article Rating
Subscribe
Connect withD
Login
Connect withD
0 Comments
Inline Feedbacks
View all comments
Author
Brian Kahn
HomeTheaterReview Product Rating
Value:
Performance:
Overall Rating:
When you buy through links on our site, we may earn an affiliate commission. Your support is greatly appreciated!
This is the static ad content. This is just a placeholder for now to get things styled.
Visit Website