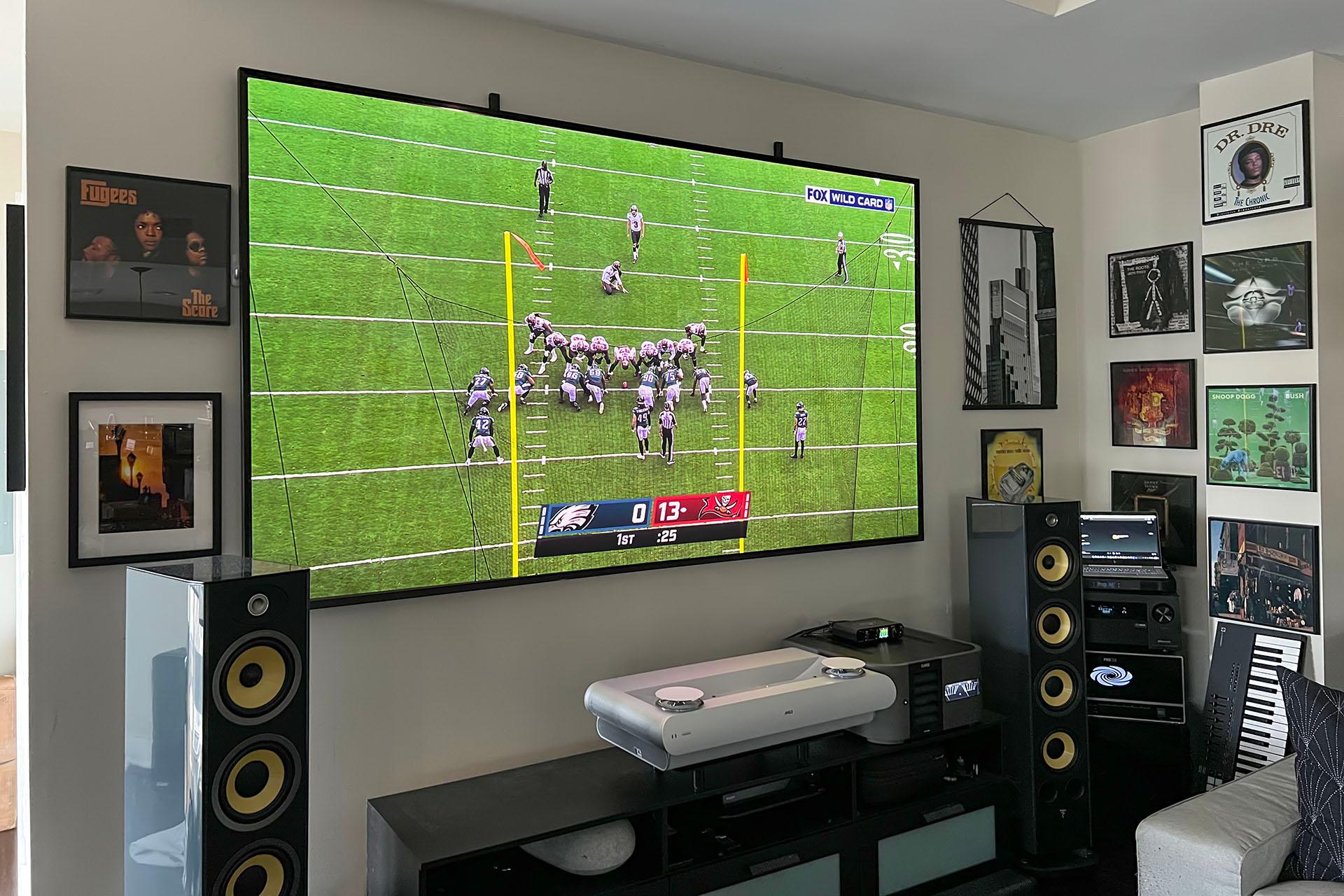 4K Ultra HD, AV News, News
Published On: January 16, 2022
We May Earn From Purchases Via Links

The profound increase in picture quality provided by 4K for NFL playoff football on YouTube TV is next-level stuff. 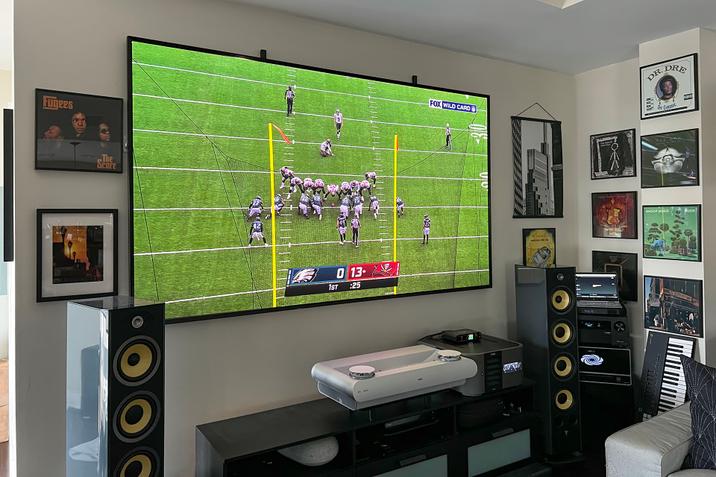 A quickie post because my eyes can hardly believe the difference 4K makes for this Eagles vs. Buccaneers game. It's the first time I've seen the Eagles play in 4K.

It’s not just that the picture is remarkably more detailed, which it is because you can see the textures and the fabrics on the assurance worn by the team and staff, and referees. You can see facial expressions that you would’ve missed before.

What’s also notable is the absence of artifacts. No aliasing, no noise, no grass that seems like it’s being eaten by digital amoeba. And when the action gets intense, doesn’t fall apart the way it does with HD (aside from broadcast HD, which looks pretty good due to it not being bit starved like streaming or cable. But this is just above any of that, quality-wise.

The NFL in 4K on YouTube TV has the clarity I take for granted when watching UHD movies, but had thus far not even imagined what it would be like to have the same visual fidelity available for sports. Now, I know that this isn’t the first time that 4K sport has been broadcast or anything like that, it’s simply the first time I’ve seen my team play in 4K, and in a highly consequential game at that.

And here’s what I gotta tell you, if you love sports, if you love football, and you are not watching it in 4K, then this is just next-level stuff you need to experience. On the biggest screen that you can get. Hopefully, with NextGen TV (4K broadcast) rolling out and most of the major media markets in the United States over the course of this year, hope we will see a lot more professional sports broadcast in 4K, soon.

Pro tip: Just before the Super Bowl is for the most part the last time you'll see killer deals on TVs, until next fall. That's the cycle of the business, after February, the 2022 models will start to ship. But in many cases, for many potential TV buyers, there's little or no practical difference in terms of functionality between a 2021 and 2022 model, aside from the price popping back up to launch MSRPs.

But the main point is this... thus far, video gamers and movie lovers and Netflix/HBO/Disney bingers have driven interest in 4K. But now, professional sports joins the 4K party and I guarantee that it's going to drive the sales of some big screens, especially considering how favorable the pricing of 85 inch TVs has been lately.

In case anybody is wondering, I'm watching this NFL game on a UST projector with a 100" screen, with a Chromecast handling the 4K YouTube TV feeds. No glitches. It's simply unbelievable how many extra details are readily apparent now.

OK back to the game, where it looks like I get to see the Eagles lose to Mr. Brady in spectacular ultra-high definition. At least it's still early in the game.