Embrace The World of Consumable Audio

Embrace The World of Consumable Audio

Over the years, the customers of the AV industry have changed, but many manufacturers have not changed with them, not embracing the new trend and idea of audio that is consumable. 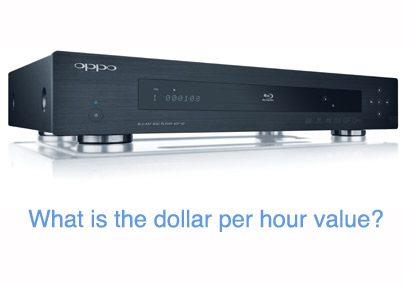 Each year, I attend a good number of audiophile and home theater trade and consumer shows. One of the trends that my partner in crime Andrew Robinson and I have seen is prohibitively expensive audiophile and AV gear. At the recent Newport Beach version of T.H.E. Show, we saw $100,000 per pair Magnepan-like electrostatic speakers from a company with no national or international distribution. They of course were playing their speakers (complete with Definitive Technology tower speakers for bass reinforcement) with $200,000 power amps, a handmade reel-to-reel tape machine and close to $350,000-plus of audiophile electronics. Who the hell buys this, Andrew and I asked as we shook our heads at the boring chamber music demo that we heard. Even the Ferrari-driving, Gulfstream-flying eight-to-nine-figure net worth guy thinks this type of investment in audio is pretty much crazy. You could lose 90 cents on the dollar in less than six months if you were to "say yes to the dress" on this audiophile unproven, untested investment. And this company isn't the only one trying to score the big fish client. There are dozens of them that have little to no distribution, reputation or reason to charge six figures for audio components.

The audiophile hobby too often has gone to the lunatic fringe, but 2012 isn't 1977, when the likes of Dan D'agostino and Mark Levinson were making their way selling cutting-edge audio at the uber-high end. The market is different today, as are the prices. Mark and Dan's products were without question expensive, but they still were aspirational. There's a difference between a $1,895 preamp in 1977 and one for $100,000 in 2012 - a big difference that many consumers, no matter how rich they might be, struggle to justify.

Consumers drive the specialty AV market today. Gone are the soothsayers in audiophile print magazines who every month or two would come down from on high to make proclamations about the "preamp of the month," leading to an overnight audiophile success story. Those days died with parachute pants and Cyndi Lauper records. Today, consumers rule supreme and they demand more value than ever before. AV equipment is thought to add salability to a home, but not meaningful value. People don't pay more for your house because it has a bitchin' Crestron system or a juicy Audio Research system. Consumers today are looking more and more for AV gear that they can eke more value from during its lifespan.

Welcome to the world of consumable audio and video. Products have gotten better and better, while constantly lowering their retail prices. Repairs on HDTVs are downright silly these days. I recently (and foolishly) spent $650 fixing one of the Panasonic 50-inch plasmas in my home. I spent over $4,000 on these HDTVs back in 2007 and their speaker-on-the-side design worked for the way we built them into the walls. Nevertheless, I ended up replacing the set with a 65-Samsung edge-lit LED HDTV that was much bigger, brighter and so thin I didn't need to recess it the way I had the Panasonic it replaced. The $3,000 I spent on the Samsung (they are cheaper today) will be something that I amortize over the next five years or so, coming out to about $600 per year. Not a bad deal, if you think about it. Nor was the Panasonic plasma, as I had it for five full years and sold it for about $500 not long after the repair. Take $4,000, add in about $300 for an ISF calibration and you have about $860 per year of cost - once again, a price that I could live with. Video is notorious for being a bad value, but under these metrics, it isn't too bad. With today's prices on super-bright, feature-laden, paper-thin HDTVs, the value is even better.

Look at a product like the Oppo BDP-93 for about $500. It is a game-changer, as it plays pretty much every disc not called HD DVD - it practically does it all. If you buy one and keep it for five years, you are in for about $100 per year, assuming that you can't sell the sucker for $100 or so at the end, which you likely can on Audiogon.com or eBay.com. Even if you're going higher up the food chain to often-criticized products like AV preamps, is a $2,000 Integra worth the price? If you keep it for five years or so and can sell it for $500 at the end, that's $300 per year to own the preamp. Looking at my Classé SSP 800 AV preamp which is now $9,500 but worth about $6,000 used, it theoretically (I got mine at about dealer cost) cost me $875 per year over the past four years. If I listen to my system for 1,000 hours per year (perhaps more), that's 88 cents per hour for my AV preamp.

Resale value doesn't matter much on throwaway AV gear, but it's something to consider when you are considering investing in higher-end products. A company's reputation, how they market their products, where they sell the products, how they are reviewed, how modular or upgradable they are, how long the warranty is - all of these considerations factor into your overall value proposition as to what products are best for your systems. Products like an Oppo player are pretty easy for any audio-video enthusiast to justify, but in doing the math of how much time you watch TV, movies and/or possibly play video games, it's pretty easy to see how a top of the line new flat HDTV isn't really that expensive when you consider how much you use it and enjoy it. Even with high-end audio products, the A-list expensive stuff can be a good value if it holds its value. Dr. Ken Taraszka bought his Audio Research REF5 tube preamp and was able to get most of his money back in order to invest in the limited edition 40th Anniversary preamp from ARC
. Even at $25,000, that preamp is worth its retail price on the used market today, it's that good of a value. However, not all products are as blue-chip as Ken's stereo preamp, which means there is a need to read lots of reviews and carefully consider your AV investments as you build and upgrade your system. Never forget that a good part of the fun of owning a top-performing audiophile or home theater system is the journey of getting there. Finding great value products or products that were worth every penny is one of the most rewarding parts of our passionate hobby. The good news is that there are more great audiophile and home theater value products for us to buy today than ever before.