In recent weeks, we've discussed video and audio trends at this year's CES. Now we turn to a category that, arguably, overshadowed both: emerging tech like AI and virtual reality. Jeff Berman discusses how these categories made their strong mark on CES 2017. 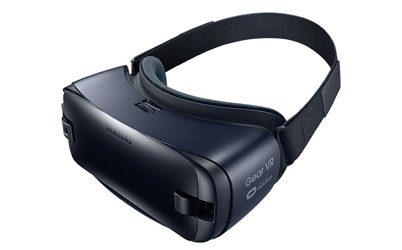 It was probably pretty hard for somebody who has covered CES for 20 or more years to attend this year’s show and not think about just how much it has changed, especially in the past five years (see last week’s story, High-End Audio at CES: A Post Mortem, as evidence). Beyond the sheer enormity of show itself, the featured products encompassed a far greater number of categories than in years past. Emerging technologies successfully stole some of the thunder from the traditional audio and video categories.

Nevertheless, Internet of Things (IoT) and smart home devices, artificial intelligence (AI), and autonomous/driverless cars from auto makers like Hyundai and Toyota were featured prominently on the show floor and at several of the news conferences before the show’s official start. Add to that the increased presence of virtual reality. Collectively, these emerging tech categories stole a good part of the focus away from TVs at CES. Even LG and Samsung spent just about as much time showcasing smart refrigerators that incorporate AI-driven voice assistance and, in the case of LG, a line of IoT robotic devices.

TVs likely won’t be giving up their CES starring role anytime soon, but smartphone display advancements have been stealing much of the thunder from TV displays for a few years–in terms of sales and viewership. It doesn’t help that there was no significant new video technology for manufacturers to tout. As a result, it became a little easier for emerging tech to draw more attention.

The increased presence of emerging tech products at CES was noticed by the retailers I interviewed. TVs “still made a strong showing,” said Mark Sasicki, TV buyer at Abt Electronics in Glenview, IL. He pointed to Sony’s first OLED TVs, Samsung’s new QLED TVs, and LG’s wallpaper-thin Signature OLED TVs as being standout announcements. But he added, “The connected house products–controlling the TV, music, lights, or thermostat by your smartphone or your voice–were the most exciting trend and will bring the biggest change in people’s daily interaction with their electronics.” The integration of connected devices with Amazon Alexa and other voice-assistance platforms has made such products even more revolutionary because, “instead of hitting buttons, you now will be just speaking to your electronics,” he said.

Unlike in years past, Bjorn Dybdahl–the president of Bjorn’s Audio Video in San Antonio, Texas–only attended this year’s show for a couple of days, and it was just him and Kris Dybdahl (his son and the store’s general manager), rather than a large contingent of people. As he explained in a phone interview, a few others from the store decided it “just wasn’t worthwhile to spend that kind of money because so much of what we do is handled better at CEDIA and some of the other meetings that go on during the year.” The main reason he attended CES was to go to a meeting of ProSource, referring to the CE buying group of which his store is a member. It was also important to meet with Sony, he said, pointing out that’s a “very important” supplier for Bjorn’s.

“I like CES,” he said, “but it has changed” and “there’s so much that doesn’t pertain directly to us.” However, he was quick to add that the IoT products that have become omnipresent at CES are “going to become more and more important” for his business going forward. One main question to be asked when looking at the many companies making IoT devices now, he said, is, “Who’s going to be there a year from now?” Another is, “Where is the profit going to come from?” Still, he recognizes that, while audio and video “are the main drivers” of his business, IoT is “important to our future” and “we have to be there,” especially with smart home and voice control devices. The store is already carrying Samsung SmartThings products, and, “Right now, [he] wouldn’t say no to anything” when it comes to considering emerging product categories like virtual reality. He’s being conservative, though, when it comes to bringing in new product categories because “being a pioneer has become more expensive if you guess wrong as a retailer.”

John Taylor, LG Electronics USA’s vice president of public affairs, disagreed with me and the retailers somewhat on whether emerging tech overshadowed audio and video at this year’s CES. He said: “Even with the new emphasis by LG and others on connected lifestyles, robotics, and the like, traditional consumer electronics remain a mainstay of CES.” He added, “The television category, in particular, had a very strong CES across all major brands and even some of the upstart ones.”

“Enhanced” audio and video didn’t take a back seat to the newer tech products at CES, and they were among “many narratives at CES” this year, said Steve Koenig, senior director of market research at the Consumer Technology Association that produces the show.

Koenig pointed to the increased presence of TVs with High Dynamic Range at CES as one main narrative of the show that was “front and center,” along with the LG wallpaper-thin OLED TVs, Sony’s entry into the OLED TV category, and Samsung’s new line of QLED UHD TVs.

One new audio product introduced at CES that stood out for Koenig was the Monster Blaster Battleship, a $599.95 wireless speaker that’s waterproof. He also pointed to the Luna wireless speakers from Crazybaby that can be used to create a multiroom audio system as another standout on the audio front at CES.

The narratives at CES have changed over the years because “things have changed dramatically” in the CE and tech sector, Koenig said. Revenue from audio and video has declined over the past 10 years in the U.S., he noted, adding: “You can really chalk that up to one product: smartphones,” which are now significantly eclipsing TVs in revenue.

One can also make a case that at least a few of the emerging tech categories are extensions of traditional audio or video–or at least can be used as extensions of them in certain applications. VR, for instance, is an expansion of the video category, offering content that can be viewed on a TV, computer, or mobile device. While VR may prove to be another driver of TV sales, it remains to be seen how high that technology will soar, despite the huge investments being made in it by companies like Facebook, Google, and Sony.

AI, meanwhile, is being used prominently in audio and video products, including the hugely popular Amazon Echo voice-controlled Bluetooth speaker–which was one of the best-selling products this past holiday season, as well as its sister product, the Amazon Tap, and the new version of the Amazon Fire Stick.

One can argue whether the Echo is mainly an audio device or a smart hub to control devices around the home. After all, it doesn’t exactly offer the greatest sound quality in the world, but audio companies have taken a cue from the success of the Echo and are starting to come out with similar devices of their own with better sound quality. Koenig pointed to Onkyo’s VC-FLX1–the company’s first IoT device, introduced at CES and featuring Amazon’s Alexa voice service–as a clear example of that.

Regardless of whether one thinks audio and video weren’t as significant as usual at CES, the expanded variety of product categories at the show isn’t necessarily a bad thing for the CE industry in general. After all, Abt’s Sasicki pointed out that all the new products are “keeping people interested and excited about the electronics business, and driving them into the store and our website.” This begs the question, how many of you have visited a consumer electronics store in the past few months to specifically buy an emerging tech product rather than an AV product? Which category interests you the most? Let us know in the Comments section below.