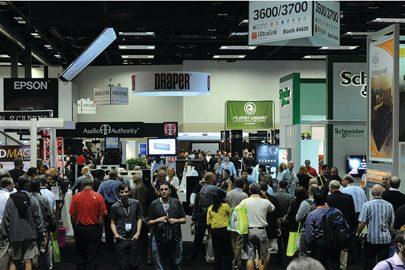 Feature News Stories, Industry Trade News, News
Published On: September 10, 2012
We May Earn From Some Purchases Via Affiliate Links

As it tends to, CEDIA showed some interesting trends for the future of the audio video industry. Publisher Jerry Del Colliano was on hand at CEDIA 2012 and he observed several trends. 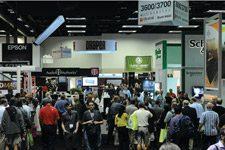 The smell of jet fuel is still fresh in my mind as I am just back from Indianapolis and the CEDIA 2012 Expo - a show based around home theater, home automation and other technologies that drive today's "smart home" if you will. The show is hurting mainly because the housing market is hurting. The choice of a city that doesn't have a direct flight from Los Angeles (aka: far and away the largest home theater and home automation market in the world) also hurt the show's attendance. The show will return to a universally liked city in Denver for 2013 and 2014, but will then go to Dallas - a city that in the past has hosted somewhat unsuccessful CEDIA shows. The powers that be at CEDIA avoid cities with unions (meaning lots of people, mainstream press and other advantages) thus the odd choices of local versus places like New York, San Francisco, Chicago and Los Angeles. Why the show doesn't stay in Denver is hard to explain as the press, dealers and exhibitors seem to like the small town feel of the downtown area.

There were a number of trends that emerged at CEDIA that are noteworthy. Adrienne Maxwell is working on specific and in-depth coverage of the products that were highlighted at the show complete with photos and write ups. That will be posted in the next few days on HomeTheaterReview.com as well as on our Facebook page and Twitter accounts.

4K Is On Sale But Not Ready For Prime Time
4K video is the "next thing" for high-end video and as flat panels grow past the 70 inch size - 4K resolution starts to really make sense. The problems with 4K today are many. Let's start with there is a) no Blu-ray standard for 4K and b) there is also no broadcast standard for 4K. This means that any Asian electronics company looking to dominate the market the way Sony did with the Compact Disc could try a fancy move like Toshiba and Microsoft did in the HD DVD vs. Blu-ray war. Format wars are not what the consumer needs, wants or desires right now. Additionally, 4K has the D-cinema standard for the theaters that is slightly higher in resolution, not to mention a different aspect ratio, color space and compression scheme than "Faux-K" as Andrew Robinson calls it. Faux-K, also known as Quad Full HD, is basically four times the resolution of 1080p utilizing the same 16:9 aspect ratio as our modern HDTVs. For this reason - it will win out. The processor power and screen manipulations to get true D-cinema in your home is logistically too hard and expensive to pull off at this time.

The last issue plaguing 4K is cost. Both Sony and LG has 84 inch flat panels that are 4K resolutions and they look good, but with that said, a $22,000 flat HDTV could be worth $5,000 next year and $1,000 the year after. If your stock broker bought you $22,000 in shares of XYZ company and turned them into $1,000 in two years - he or she likely would lose their jobs. How is that OK for a television set when the flat HDTV market has proven in Costco-fabulous style that what costs $20,000 today can cost $2,000 sooner than later. The magic price point for early adaptors looking for a 4K set that basically can only scale 1080p to 4K resolution would have been somewhere between $9,995 and $12,000 (though Andrew argues it's less). While still expensive - you get the coolest, biggest, most tech savvy TV on your block for a few grand more than the 80 and 90 inch 1080p sets that are currently on the market but are too pixilated to be worth the investment for most videophile.

Networking With The Network
Consumer electronics companies got the memo on network devices finally. Everything from mini systems to tiny speaker systems to AV receivers and beyond are packing network capabilities for starters. Bluetooth is also common mode of connection for many of today's devices. Being Apple friendly is not a novelty - it's a market necessity. Even PC users now have iPhones and iPads even if they don't run a Mac and or a Mac operating system.

Wireless Was Everywhere
While speakers aren't really wireless because they often need to be plugged into the wall for AC power - the idea of running speaker cables and or interconnects is becoming less and less important. Wireless connection of devices to the Internet was literally everywhere. Booths were using 4G phones as Internet hotspots and then streaming content from music services for slick demos.

Sexy Soundbars
$5,000 has always been a price point that dealers can sell to consumers for a modest AV system. Today that system looks different than it did in the past as large flat HDTVs can be had for around $2,000 (or less) and today's soundbars can come with all of the features of an AV receiver while matching the form factor of your large HDTV. Add in a wireless sub and use Dolby TrueHD or DTS Master Audio and you have a pretty compelling system that can stream content, play Blu-rays, connect to the network, be a gaming center and more. Soundbars have clearly evolved past the crappy, plastic injection-molded products of the past. Folded motion tweeters, crafty crossover networks, receiver-like processors and beyond have taken this class of speaker uptown.

Home Automation For The Masses
Let's call a Crestron (or AMX or Control4) what it is; it's a control system that rich guys pay to have custom apps built so that they can highly customize the access that they have to their AV gear in their theater and into every other room of their home. In the boom times of the mid-2000's - this was one expensive proposition but with the rise in popularity of tablet devices and companies making apps for pretty much every mainstream product on the market today ranging from DirecTV to Meridian Sooloos. Sony showed a $1,000 receiver that merges products like an HDMI switcher, an Ethernet router and packs a DIY Control4 application under the hood. There is a big boy receiver that you can use if you want a Control4 dealer to come out and trick out your system to the Nth degree however the power of the Internet, the rise of applications and the increasingly networked world that we live in is making home automation more and more attainable for the everyday consumer.

Light Rejecting Screens
Video screen companies were showing all sorts of super sexy, straight-out-of-24 screen technologies that are a quarter inch thick and 120 plus inches wide and are made of materials that a) don't fade and b) reject ambient light. DNP screens showed their Blade screen that was $3,500 for 120 inches of float-on-your-wall goodness. Power it with a modest projector and you can make a better-than-plasma video image that is a tenth the price of a 103 inch Panny. Vutec, Da-Lite and others also had light rejec
ting screens on display that were comparably cool. The significance is that these screens allow the user to get large format video that can be bright in daylight while breaking cost barriers. Moreover users are no longer sequestered to a darkened room to watch large scale video which makes today's media room more meaningful and useful for the consumer.

Stay tuned for Adrienne Maxwell's product by product coverage of CEDIA coming soon to the pages of HomeTheaterReview.com.