If you are looking for more bass in the bedroom, check out the Episode CUB8 compact subwoofer, reviewed here by Andrew Robinson. Andrew put the the CUB8 through some intense bass test and came out impressed. 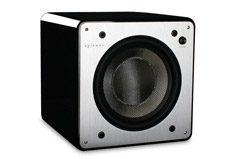 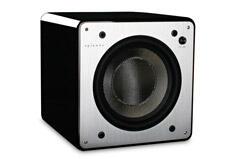 Small, compact subwoofers are nothing new in the home theater world. Nowadays, it seems everyone makes a smaller than thou subwoofer for use in a bedroom, den or main home theater space. And why not? Small subwoofers are less expensive, easier to place (aka: hide) and often possess surprising levels of low-end grunt. That being said, I’ve never really relied on such a sub for my bass needs. The smallest subwoofer I have in my house features a 10-inch driver and I use two of them; needless to say, I didn’t have particularly high expectations for Episode’s ES-SUB-CUB8-110 (CUB8) and its eight-inch driver.

Additional Resources
• Read more subwoofer reviews from HomeTheaterReview.com’s staff.
• Look for a pair of Bookshelf Speakers or Floorstanding Speakers to pair with the CUB8.

The CUB8 from Episode is, as its name implies, an eight-inch, compact subwoofer, featuring an internal 110-watt BASH amp. The CUB8 is nicely appointed, clad in your choice of gloss black or white and measures 10.5 inches high by 9.8 inches wide and 9.8 inches deep. The CUB8 tips the scales at sturdy but not back-breaking 15 pounds. Truthfully, the CUB8 appears smaller than its measurements will have you believe.

Behind the grille rests the CUB8’s eight-inch woven fiberglass woofer with its one-and-a-half-inch-diameter voice coil. The driver/amplifier combination is good for a frequency response of 35Hz to 200Hz, with a variable crossover from 40Hz to 200Hz. Input options include RCA-style analog inputs, as well as gold-plated five-way binding posts. There are also controls for crossover frequency, phase and power (on/off/auto). Conversely, the CUB8’s volume is located on the front of the sub itself, making tasks like SPL adjustments a breeze.

The cost, you ask? Try $399 retail at your local Episode dealer.

Integrating the CUB8 into my receiver-based bedroom home theater was a snap. After a few days of break-in, I found the CUB8 to be quite the capable performer, possessing an awful lot of low-end grunt and finesse that I would’ve otherwise thought improbable from such a small cabinet and modest driver and amplifier complement. High-octane action sequences like those found on Blu-ray discs such as Transformers: Dark of the Moon (Paramount) and Land of the Lost (Universal) proved to be of little concern to the mighty CUB8, for it plunged deep enough for my tastes and, within the confines of my bedroom’s smaller square footage, proved to be all the sub I needed. Furthermore, the CUB8 blended beautifully with Episode’s newest crop of soundbars, specifically the ES-300-SNDBAR-40, which taps out at around 100Hz. Moving the CUB8 to my reference room proved to be a bit overwhelming, for its eight-inch driver simply wasn’t able to move the necessary air, though had I had another on hand, I would’ve like to see if multiple CUB8s would’ve done the trick. Still, for those of you who live in apartments or have a smaller home theater or room in need of some low-end love, the CUB8 should suit your needs just fine. As a reference subwoofer in my secondary system, which often sees its share of bookshelf speakers and soundbars, the CUB8 is all the subwoofer I require.

Read about the high points and low points of the Episode CUB8 subwoofer on Page 2.

High Points
• The CUB8’s fit and finish is first-rate and
exudes a quality and confidence that is greater than its modest $399
asking price. In either gloss white or black, the CUB8 is a looker.
•
The CUB8 has all the requisite connection options you could require,
including speaker level inputs, meaning you can integrate it into a
traditional two-channel system if need be.
• The CUB8’s compact
footprint allows for it to be more discreet, which is sure to be a hit
with many enthusiasts’ significant others.
• From a performance
standpoint, the CUB8 is ideal for small to medium rooms, though you
could easily integrate two or more into a larger space if you so
desired.
• Though it only has an eight-inch woofer, the CUB8 is
capable of plunging plenty low and do so with gusto. Bass-heavy tracks
and/or film soundtracks don’t stress the CUB8 one bit. Furthermore, it
is surprisingly musical at the upper end of its range and is able to
blend nicely with small bookshelf and/or satellite speakers.

Low Points
• The CUB8’s finish is prone to showcasing fingerprints and dust.
• The CUB8’s grille is a little cheap-feeling, if I’m honest, but I am nit-picking.

Competition and Comparison
As
far as small, compact subwoofers go, there are more than a few to
choose from these days -among the competition that springs to mind is
Aperion Audio’s Bravus 8A at $299. The Bravus 8A is an eight-inch design like the CUB8, though
it features a less powerful amp at 100 watts and doesn’t play as deep,
reaching its limit at 36Hz, as opposed to the CUB8’s 28Hz. Another
possible competitor would have to be GoldenEar’s smaller ForceField
subwoofer, the ForceField 3.
The ForceField 3 costs a bit more at $499.99, but then again, it packs a
1,000-watt amplifier, good for a frequency response of 18Hz to 250Hz,
which is better on paper than the CUB8.

Conclusion
The
performance Episode shoehorns into the compact and dare I say cute CUB8
is rather surprising, considering it can be had for under $400 retail.
If you have a smaller space or are looking to add some bass to a
secondary system, such as a den or bedroom, chances are you can’t go
wrong with Episode’s CUB8. Mate it to a pair of modest bookshelf
speakers or a soundbar, both of which can be found in Episode’s lineup
of products, and the combination should be a match made in audiophile
and home theater heaven. Strongly recommended.

Additional Resources
• Read more subwoofer reviews from HomeTheaterReview.com’s staff.
• Look for a pair of Bookshelf Speakers or Floorstanding Speakers to pair with the CUB8.