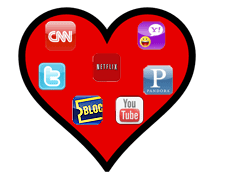 Apps aren't just for your mobile devices - they are increasingly prevalent and even necessary in home technology, including home theater systems. This article examines some of the more popular home tech apps and talks about which ones may be best suited to your needs.

Today's modern home theater is a complicated beast entailing not only music and video reproduction but also Internet connectivity and the ability to access the multitude of media available online, including the illusive App. The pressure is on for mainstream audio-video electronics companies to provide access to the latest and greatest content, ranging from Netflix to Cinema Now to Pandora to Blockbuster to Accuweather and way beyond. Thanks to HDMI 1.4 you have an audio return channel (ARC), which allows you to stream both audio and video content from your TV to your receiver/preamp and to the rest of your system - but is a bigger issue looming? With everything from HDTVs to Blu-ray players to network devices to HTPCs to AppleTV to video game consoles as well as other products streaming content and providing apps - where should you invest to have these products in your system?

The iPhone made the App famous but it didn't take long for the video manufacturers to start to add in all sorts of applications to flat screen HDTVs. Because of Internet connectivity systems like AppleTV, video games, network devices, Blu-ray players and others jumped on the App bandwagon. While the added functionality brings new meaning to the phrase "bells and whistles," it also brings a level of complexity that most consumers don't always need for their home theater systems.

Most AV dealers suggest that you should look to your HDTV as the main source for applications and streaming. Many of them also suggest that you hardwire the set to the Internet using the latest gigabit router to provide a fast, reliable connection. With the ARC coming out of most HDTVs via HDMI 1.4 - if you also buy a new preamp or receiver that is HDMI 1.4 compliant, you can pump the content right into your system and you are good to go. System control is as easy as making your TV's remote work on your universal remote. Life is good.

Where things get complicated is when you start looking at other components that stream content. AppleTV is a favorite of HomeTheaterReview.com reviewers - especially for music applications. As a self-contained unit, it is basically it's own source and should be treated that way. Playstation 3 is another popular source that many younger users build their AV systems around for gaming, Blu-ray movies and now downloads (with 3D pending too). Controlling a PS3 is normally done via the PS3 remote itself and is pretty solid.

Where things get tricky is when other applications like your DVR, Blu-ray player and/or receiver also offer applications. How do you remember what is where? How do you make easy-to-use remote pages? For the mainstream user - this can be a bit overwhelming. When upgrading your AV system you also need to take a serious look at your Internet connection as well.

For the true enthusiast - the issue of value looms heavy in the current economic conditions. Assuming you, your dealer and/or your remote programmer can make your system sing with the latest in networked HDMI 1.4 devices, the question of - "Are you paying too much for your gear?" arises and is a topic of discussion on forums like hometheaterequipment.com. Today's enthusiasts rush to products like Oppo Digital's BD-83SE Blu-ray player and other value oriented gear, yet most don't offer applications. When talking about an audiophile source - are you willing to pay more for the physical build quality of a product as opposed to bells and whistles? Many consumers when queried want it all, but few consumers understand that smaller, specialty AV manufacturers don't always have the resources to invest in the licensing fees that are associated with the applications. Their expertise is in analog, physical and digital design. Do you want a solid, low jitter Blu-ray player that can play DVD-Audio and SACD and sound fantastic or do you also need it to stream Pandora like many of the $200 Blu-ray players do? It's a new value question.

Applications aren't going anywhere any time soon. They are a breakthrough product en route to the cliché of AV convergence. If you wake up to CNN and with the press of one button, you can get customized, geo-specific weather - it's hard to argue that your energy saving, LED HDTV isn't making your life better. At the same time, performance matters while value is king. Planning for where you might add in some applications into your system is a worthwhile endeavor for the mainstream consumer and the hardcore AV enthusiast alike.

You'll automatically be entered in the HTR Sweepstakes, and get the hottest audio deals directly in your inbox.
0 0 votes
Article Rating
Subscribe
Connect withD
Login
Connect withD
0 Comments
Inline Feedbacks
View all comments
Author
Dr. Ken Taraszka
When you buy through links on our site, we may earn an affiliate commission. Your support is greatly appreciated!
This is the static ad content. This is just a placeholder for now to get things styled.
Visit Website