In the last few years, the way television is being broadcast has changed. These changes keep coming, and the FCC has issued a rule change that will affect the way some consumers watch television. 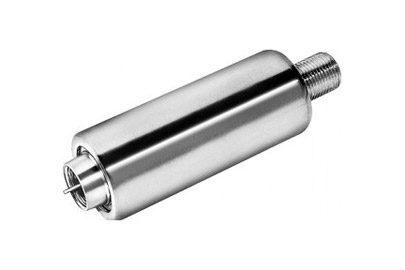 About a year ago, we did a story entitled "Is It Time to Say Goodbye to Unencrypted Cable Channels?" in which we discussed how the FCC was considering allowing cable companies to encrypt basic-tier cable channels, which means subscribers would no longer be able tune in these channels using the Clear-QAM tuner in an HDTV or other A/V device. Instead, they would need to use a set-top box. Late last year, the FCC made its decision, declaring that cable companies are no longer mandated to provide these in-the-clear channels. As word of this ruling has spread, there seems to be some consumer confusion regarding exactly what it means, so we decided to revisit the topic.

To quickly sum up the issue, cable companies have long been required to offer unencrypted (unscrambled) versions of basic broadcast channels, including ABC, NBC, CBS, FOX, PBS and local public-access channels. Higher-tier cable channels like ESPN TNT, and HBO are encrypted, so you need a set-top box to unscramble them. You don't need a box to view unencrypted digital channels; as long as you have an active cable signal, you can simply run a coaxial cable from the wall outlet to your TV's RF input and use the TV's internal Clear-QAM tuner to tune in these channels. This solution was ideal for people who only subscribe to the most basic cable package and don't want to pay rental fees for a set-top box - or perhaps they have a set-top box in a main room, but only want basic cable channels in secondary locations. Because the channels are not encrypted, it's very easy for people to steal the cable feed, running a splitter off an active line and getting free cable. That was one of the cable companies' arguments in asking that they be permitted to encrypt these channels. Another was their belief that the playing field was not level, because satellite and telco providers were not required to offer the same unencrypted channels as part of their TV service. The FCC obviously agreed, and now the cable companies are allowed to encrypt their complete digital cable lineup, meaning that digital cable subscribers will now need a set-top box or CableCARD for every room in which they want cable - or they'll need some type of multi-room distribution system, be it one offered by your cable provider or a third party.

One misconception is that this ruling will affect every method of transmitting broadcast channels. This ruling only affects broadcast channels offered via cable service; it does not affect the availability of free, over-the-air HDTV channels. HDTVs generally have two types of internal tuner: the Clear-QAM tuner for cable and the ATSC tuner for over-the-air HD. If your cable company chooses to encrypt all of its digital channels, then your TV's Clear-QAM tuner will no longer be able to tune them in, but that will not affect the ATSC tuner. You could still connect an HD antenna and tune in free over-the-air channels - basically, the same channels I mentioned above (ABC, CBS, NBC, FOX, CW, PBS, and other local channels).

Another mistaken belief is that everyone who currently relies on a Clear-QAM tuner is left completely out in the cold. Thankfully, the FCC did add some consumer protections to ease the transition. First of all, for current basic-tier cable subscribers who do not use a set-top box or CableCARD solution, a cable provider is required to offer the subscriber the "choice of a set-top box or CableCARD on up to two television sets without charge for two years from the date of encryption" (people on Medicaid can receive the free boxes for up to five years). If you subscribe to a higher-tier package but also have basic cable without a box in a secondary location, the provider must give you a "choice of a set-top box or CableCARD on one television set without charge for one year from the date of encryption." This offer is to be made available to consumers "for at least 30 days before the date the operator begins encrypting the first basic-tier channel on the channel lineup and for at least 120 days after that date." In other words, cable providers have to make this offer available to eligible subscribers for about a five-month period around the date they begin encrypting the channels. Your cable company is supposed to notify you of the changes and your transition options; if the company has not done so, and you've noticed that your Clear-QAM channels are no longer available, you should act quickly to ensure you get a free set-top box.

Secondly, the FCC requires the six largest cable companies (Comcast, Time Warner, Cox, Charter, Cablevision, and Bright House, which together reportedly serve 86 percent of all cable customers) to make basic-tier service available to third-party manufacturers who produce IP-based Clear-QAM products. This mandate is due in large part to aggressive action during the FCC hearings by Boxee, as Boxee TV is a perfect example of an IP-based Clear-QAM device. Similar products include the Simple.tv DVR and the wide variety of TV/DVR computer software solutions from companies like El Gato, Snapstream, and Silicon Dust. Cable companies can comply with this second requirement in one of two ways: they can provide the third-party manufacturer with a software solution that directly provides access to the channels, or they can provide the end user with a network-connected converter box that provides access to the unencrypted channels. This requirement will remain in effect for at least three years.

Ultimately, what this means is that the times they are a-changin' for cable subscribers. Your cable provider could shut off those in-the-clear channels at any time, if they haven't already done so. Those of you with a house full of cable set-top boxes won't notice any difference. But, if you've previously enjoyed the flexibility and affordability that Clear-QAM affords you, then you're going to have to embrace the change - maybe not today, maybe not tomorrow, but soon and for the rest of your cable contract.

Check out our gallery of Best Ways To "Show Off" your Home Theater below . . .