Finally, Hope for a 4K Broadcast Standard in ATSC 3.0

Finally, Hope for a 4K Broadcast Standard in ATSC 3.0

There were a lot of things that I would have liked to see at CES 2014 that I didn't see. The absence of a meaningful presence for OLED was a big one, but perhaps just as glaring an absence was... 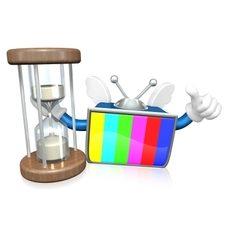 There were a lot of things that I would have liked to see at CES 2014 that I didn't see. The absence of a meaningful presence for OLED was a big one, but perhaps just as glaring an absence was the lack of news of a broadcast standard for Ultra HD or 4K. The big video companies showed streaming options like Netflix and touted, for the second year in a row, how streaming is the solution to 4K content woes. Let's be clear, it isn't - unless you've got silly-fast Internet, which most people don't. The compression needed to stream native 4K content over the Internet, even for those of us with fast connections like FiOS or other fiber-optic solutions, makes 4K look, well, less 4K.

However, it turns out that all is not lost in the creation of an Ultra HD broadcast standard, thanks to the ATSC 3.0 standard that's currently in development. The Advanced Television Systems Committee created the set of standards for our current HDTV system, and ATSC 3.0 represents a whole new, not easily backwards-compatible format that will have an increased data rate to get Ultra HD through cable, satellite, and over-the-air applications. The industry insiders who are talking about ATSC 3.0 note a few of its advantages, including first and foremost the fact that it would be a global standard. Gone will be the days of PAL and SECAM, which makes for a more integrated platform across the globe. There are three roll-outs designed for ATSE 3.0 that will deliver increasing levels of performance over the next five to six years, ranging from 4:2:2 and then ultimately 4:4:4 video, as well as 10-bit and possibly 12-bit color somewhere down the road. For the first time in decades, the frame-per-second rate will increase to 100 or 120, which will help with motion issues.

The big video companies are selling Ultra HD on resolution, but that's not really the story. Resolution is nice on large sets, but Ultra HD's potential for better color and improved motion resolution is what enthusiasts should be most excited about. Skeptics say that 1080p is "good enough for most people," which is just what they said about DVD nearly 10 years ago. They were wrong then, and they are wrong now, as we are within 18 to 24 months of being able to resolve colors like a Ferrari Rosa Forte or a deep jungle emerald green that today's HDTV system can only dream of resolving. So what do you do now? If you are in the market for an HDTV, the idea of buying an Ultra HD set isn't crazy, but you are definitely on the cutting edge of new technology. Don't expect to see Comcast or DirecTV roll out ATSC 3.0 in the next few months. If you buy a set like the Sony XBR-55X900A or a newer Ultra HD model from the company's line, you likely will want to add the FMP-X1 server so that you can download Ultra HD content. 4K streaming is also likely to appear this year, but again it remains to be seen how good streamed 4K content will look when compressed to accommodate broadband speeds like Netflix's proposed 15 Mbps. Today's UHD sets will be fine to handle these early download/streaming UHD sources but, five to six years down the road, you might need to upgrade to get the ultimate in Ultra HD performance.

One thing that's key to Ultra HD's success is the need for improved copy protection, and the HDCP for HDMI 2.2 revision offers that, making server-to-monitor authentication even more robust. For those looking to rip Blu-rays and/or Ultra HD content, HDCP 2.2 is going to make things a lot harder, although I am sure there will be a way around it if you are so inclined. The question is, do you really care to make the effort to break the copy protection? For most, the answer is "no," but the real significance is that more robust protection makes the studios feel more confident about releasing 4K content to the consumers. Studios saw what happened with Napster for music and are understandably protective of their intellectual property with movies; without Hollywood studio support, you've got little to no hope of Ultra HD being the success that we all want it to be.

Ultimately, the adoption of ATSC 3.0 and better copy protection means there is hope for Ultra HD sources that extend beyond highly compressed Internet services like Netflix, but we are still months if not years away. Should you wait to buy an HDTV in anticipation of these new UHD formats? No. If you need a new TV, today's 1080p and Ultra HD sets are simply fantastic. Just know that there is a new format coming in the next few years that will be a radical upgrade, one which all of us video enthusiasts will ultimately want.