There are so many features on today's HDTVs that it is easy to overlook some. Here is a list of five features that you may have missed that are worth knowing about and using with your television. 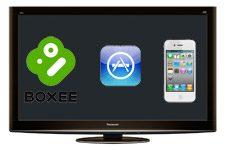 Have you recently become the proud owner of a networkable TV? If so, I'm guessing you've already enjoyed the marquee feature--namely, the ability to stream movies and TV shows from a service like Netflix, Amazon, Hulu Plus, or VUDU. Perhaps you've also explored other well-publicized applications like YouTube, Pandora, and Facebook. These big-ticket options may be the primary draw, but other benefits can be reaped from a TV's ability to connect to your home network. Take some time to explore the menus or (gasp!) read the owner's manual, and you might discover a host of network-friendly features that you didn't know you had. Here's a look at a few perks that might currently be sitting idle on your new TV.

Audio Return Channel
Look closely at your HDMI inputs. Does one of them have a little "ARC" notation beside it? That stands for Audio Return Channel, a feature of the HDMI v1.4 spec that now appears on many HDTVs. As the name suggests, ARC allows you to send audio back from the TV to the connected component over HDMI. So, if you're passing HDMI video from an A/V receiver to your TV, ARC lets you send audio from internal TV sources back to the receiver over the same cable. In days of yore, the main reason to output audio from your TV was if you used the internal tuners, and a digital audio and/or stereo analog output was often provided for that purpose. Now, ARC can accomplish that task over HDMI, but it's especially valuable for a networkable TV with a Web platform. Thanks to ARC, you don't have to listen to that VUDU film soundtrack or Pandora music channel directly through the TV but instead can feed it back to your sound system without having to add another cable to your setup. The only catch is, you have to make sure your A/V receiver also supports ARC through its HDMI output.

Media Streaming from a Computer or External Server
A growing number of networkable TVs now support personal media streaming from a networked computer or media server. Many of them use the DLNA standard that's compatible with Windows and most major servers, while some might employ a proprietary system that requires you to add software to your computer. It's a great way to directly access all the videos, photos, and music stored on your computer to enjoy on the big screen. This function has been around for several years, but it often could be clunky to set up and use. TV manufacturers are continually refining their user interfaces to make the process of navigating your personal media more intuitive, and many new TVs have Search All capabilities that will search across your TV guide, Web sources, and personal media files to find the item you want to watch.

An Apps Store
Don't assume that the Web-based services that came preloaded on your TV are the only ones available to you. Many Web platforms also include an Apps store through which you can add all kinds of content and services--including games, sports and news portals, social networking tools, children's programming and education options, fitness programs, etc. Samsung was the first company to incorporate the apps approach into a TV, but a number of manufacturers have followed suit, including LG, Panasonic, and Vizio. As with the iTunes Store and Android Market, some apps are free, while others cost. Some are cool, while others...well...aren't. Take some time to explore your TV's Apps store, if it has one. You never know what niche offering you might come across that's a perfect fit for your interests. Also, be sure to update your TV's software regularly, as manufacturers continually add new or updated options.

Control Via a Tablet or Smart Phone
Speaking of apps, the big-name manufacturers offer free control apps for iOS devices, and some offer an Android option, as well. This allows you to control your networkable TV through the touchscreen interface on your tablet or smart phone. Yes, this provides the convenience of being able to quickly mute the TV or change a setting without having to put down your phone and pick up the remote. However, the major perk is that most of these apps now include a virtual keyboard, so you can quickly and easily input text when searching for a VOD title, updating your Facebook status, or browsing the Web. It frees you from having to use the endlessly frustrating text-entry methods employed in most TV interfaces.

Support for USB Peripherals
A control app is great, but what if you don't own a smart phone or tablet? Are you destined to a future of agonizingly slow text input? Not if your TV is equipped with a USB port that supports the addition of a keyboard. Most new HDTVs have a couple of USB ports, which are primarily used for media playback and software updates. However, a few manufacturers (like Panasonic) support the addition of a keyboard to speed up the data-entry portion of your entertainment experience. Some networkable TVs also support the addition of a USB camera, which you could use in conjunction with a video conferencing app (like Skype) or as part of a home monitoring/security system.

What New Features Should You Expect From 2012 HDTVs?