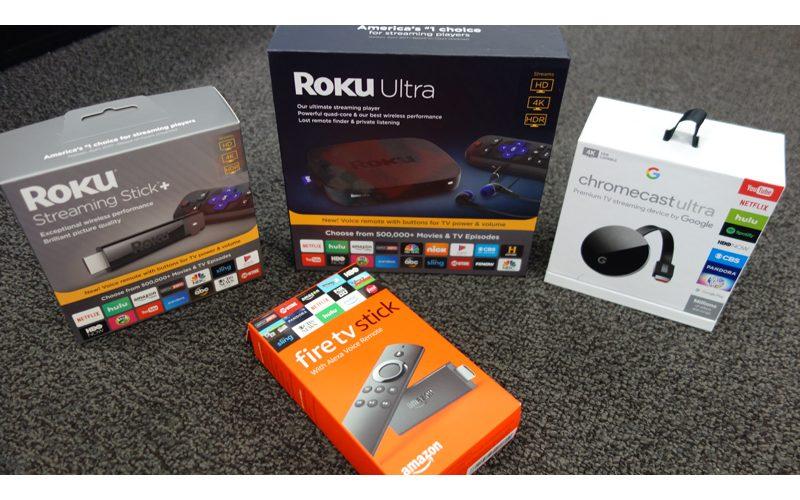 Feature News Stories, News, Streaming, Apps, and Downloads News
Published On: June 4, 2018
We May Earn From Some Purchases Via Affiliate Links

Do you feel like the only person left on the planet who doesn't already own a Roku, Amazon Fire TV, or other streaming media player? Are you interested in getting one but too embarrassed to ask anyone for shopping advice,...

Do you feel like the only person left on the planet who doesn't already own a Roku, Amazon Fire TV, or other streaming media player? Are you interested in getting one but too embarrassed to ask anyone for shopping advice, lest they mock you for being so behind the times?

Or perhaps you've owned the same streaming media player for years and are ready to upgrade--but the landscape has changed so much, you aren't sure where to start.

We're here to help. Ask yourself these five questions before you start shopping for a streaming media player, and it should narrow down the crowded field of possible candidates.

If you've purchased a TV, Blu-ray player, or gaming console in the past five years or so, it probably has a variety of streaming services (like Netflix, Amazon Video, Hulu, Spotify, and Pandora) built right in. Unless your heart is set on a certain user interface or voice search/control platform, you may already have exactly what you need.

Choosing a smart TV can eliminate the need to connect any external boxes (if you've already abandoned discs, at least). TV manufacturers like Samsung and LG have developed their own smart TV/streaming platforms, and they work quite well. Others like Sony and TCL have chosen to integrate popular platforms like Android TV and Roku directly into their TVs--so you get the interface and apps you want without needing an extra component.

2. Do you want support for 4K and HDR?
If you own or plan to buy a 4K-/HDR-capable TV, then you might as well go ahead and invest in a compatible streaming media player, in order to stream the UHD/HDR content offered through services like Netflix, Amazon Video, YouTube, VUDU, Google Play, and FandangoNOW. 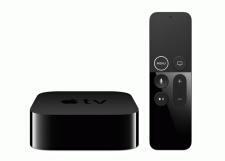 All of the major streaming media box manufacturers now sell a 4K-friendly box--in fact, many of them ONLY sell a 4K box now. The latest Apple TV 4K player is the only current standalone player to support both HDR10 and Dolby Vision High Dynamic Range content. The newest Amazon Fire TV supports HDR10, as does the NVIDIA Shield TV Android TV player. Roku still offers a choice between HD and UHD; for those who want UHD with HDR10 playback, the choices are the Roku Streaming Stick+ or the Roku Ultra.

Google's Chromecast Ultra 4K media bridge supports both HDR10 and Dolby Vision, but this device is not a dedicated player. It's a bridge, meaning that you need to pull up content on a mobile device or computer and then cast it to your TV. And Google still sells the HD-only Chromecast bridge for $30. 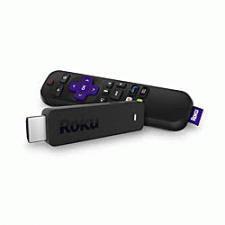 3. Do you want a set-top box or an HDMI stick?
The Apple and NVIDIA products are only available in set-top box form, but Amazon and Roku offer both set-top boxes that connect to your TV via a cable and small HDMI sticks that you can pop discreetly right into the TV's HDMI input. The sticks are the lower-priced options in the line; they generally are not as powerful/fast as the boxes, they can only be connected to your network via Wi-Fi (not Ethernet), and they don't support expansion via USB or SD card; however, the app selection and user interface are the same.

4. Which voice search/control platform do you prefer?
All of the major streaming media players support voice search to look for content, and most of them now support some degree of "universal search"--meaning that, when you search for a certain title, the results will include a variety of services, like Netflix, VUDU, Amazon Video, etc. Roku still provides the most universal results because it is more platform-agnostic--whereas the Fire TV will favor Amazon results, Apple TV will favor iTunes results, and Android TV will favor Google results. 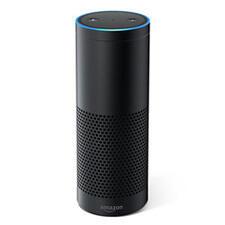 Of course, as we all know, voice control has extended way beyond just content searches. Amazon Alexa, Apple Siri, and Google Assistant can serve as the backbone for your control experience--not just your AV control, but your whole smart home. (Roku is also working on a more advanced voice assistant platform called Roku Entertainment Assistant, due out later this year.) If you've already started building a system of products around one particular voice platform like Alexa, then that's going to heavily influence which streaming media platform you choose.

5. Do you want Atmos audio support?
The majority of streamed movies and TV shows come with a Dolby Digital Plus or basic Dolby Digital soundtrack, but both Netflix and VUDU now offer Dolby Atmos soundtracks for some titles. Unfortunately, right now, Netflix's Atmos capability is limited to newer LG OLED TVs, the Windows 10 app, and Xbox One gaming consoles--but we expect Netflix to add Atmos support to more platforms in short order.

As Atmos becomes more ubiquitous within the different streaming services, you might want a player that can output it. The newest Amazon Fire TV and NVIDIA Shield TV players, as well as the Roku Ultra, support Atmos pass-through. The Apple TV 4K player does not. [[Editor's note: The day we went to print with this story, Apple announced at WWDC that Apple TV 4K will support Dolby Atmos soon, making it the first streaming player to support both Atmos and Dolby Vision]]. The Chromecast Ultra supposedly supports Atmos pass-through, but I've heard mixed reports on how successfully it actually works.

If answering those five questions still hasn't produced a clear choice, then there are certainly other things to consider--not the least of which is the general user experience of each device. Preferences vary. I think the Roku Home page and search tools are the simplest and most straightforward--it's the system even grandma will be able to use--but I'm not crazy about the user experience of some of my favorite apps within Roku. For me, Apple TV strikes the best balance between attractiveness and simplicity, and it obviously integrates well with all my home's Mac and iOS devices--but it's definitely iTunes-centric. Fire TV is great for Prime customers and has the best voice search, but its menus can be cluttered and a bit laborious to navigate. Android TV is my least favorite, and honestly I can't even say why. I simply don't like it as much--but my daughter likes it because it's so easy to voice search for YouTube content.

Gaming is another element to consider. All the platforms feature some games, but NVIDIA and Apple put a much stronger emphasis on advanced gaming. If you want a device that walks the line between a streaming media player and gaming console but doesn't cost as much as an Xbox or Playstation, then those are the two boxes to consider.

Last but not least, it might just come down to this: which box offers the services you use the most? Write down a list of the apps you plan to use the regularly and make sure that the box you select supports them all. As I mentioned above, Roku is the most platform-agnostic and seems to embrace a "the more, the merrier" approach toward compatibility. Apple is learning how to play nice with others, recently adding services like Amazon Video and VUDU. On the other hand, Amazon and Google are growing increasingly hostile toward one another--and it affects their customers. Back in December, Google pulled the YouTube app off of the Fire TV platform, and it hasn't returned (you won't find the Google Play apps, either). Meanwhile, Amazon still isn't selling Chromecast devices through its retail site. Who knows what might happen next. If your favorite apps fall more under the Google or Amazon umbrella, then it's best to pick a side and shop accordingly.

Additional Resources
Shopping for Smart Home Products? Here's What to Expect at HomeTheaterReview.com.