Five Questions to Consider Before Cutting the Cord 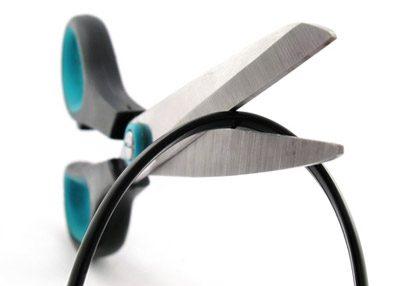 Five Questions to Consider Before Cutting the Cord

Are you thinking about cutting the cord? It's an increasingly popular approach to TV watching, but it's not right for everyone. Adrienne Maxwell asks five questions that can help you figure out if it's right for you. 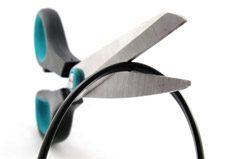 Cord-cutting is a hot topic these days. With so many video-streaming services at our disposal, a growing number of people are wondering if they should keep paying pay large sums for a ton of bundled cable/satellite channels that they never watch. The streaming-only approach could indeed be a cost-effective alternative, but it's not necessarily the right choice for everyone. Getting the selection and reliability you want in streaming form could end up costing just as much as a cable/satellite package. So, before you take the plunge, it's best to do a little research. Here are five questions to get you started on your cord-cutting journey.

What is your broadband speed, and is there a data cap?
Everyone (hopefully) knows that you need a broadband Internet connection in your home to stream media, but do you know how fast that Internet connection needs to be? Since Netflix is the most popular streaming service, let's use it as a reference. The minimum recommended speed to stream Netflix is 1.5 megabits per second. To ensure SD quality, Netflix recommends at least 3 Mbps; for HD quality, 5 Mbps; for Ultra HD quality, 25 Mbps. If your local broadband provider doesn't offer competitive rates, you might spend more on an Internet package each month than you would on a cable package. Granted, it's usually not an either/or when it comes to cable versus Internet. Most of us already pay for both services, so you would presumably save money by keeping the Internet and eliminating the cable, although you might have to move up to a higher-tier Internet speed to ensure a good streaming experience.

Then there's the issue of data caps. Many Internet service providers put a limit on how much data you can use each month. As you approach or go over that limit, your provider may throttle (slow down) your bandwidth, which will affect streaming quality, creating a highly compressed image or constant stops while the video buffers. You might also be charged a fee for any overages. Check your service contract carefully, and don't hesitate to call your service provider if you're not sure what your data cap is and what happens if you exceed it.

What device will you use to stream media?
There's no shortage of smart, networkable devices from which to choose these days. You may already own a few if you've upgraded your TV, Blu-ray player, or gaming console in the past few years.

In our experience, a dedicated streaming media player from the likes of Roku, Amazon, Apple, Google, or Nvidia will provide the fastest, most stable experience, but you must be willing to pay upfront for the cost of the device, which could range from $49 to $200-plus. All of the boxes from the above-mentioned manufacturers perform quite well (you can read our reviews here); the model you choose really comes down to which suite of services you prefer. Roku still offers the most comprehensive list of apps, primarily because it is platform-agnostic. Unlike Amazon, Apple, or Google, Roku doesn't care what service you use to stream content, and its excellent search feature works across multiple apps. But, if you're already tied to Apple, Google, or Amazon for your media content, then those solutions may make more sense for you.

Some people simply don't want another set-top box adding clutter around the TV. For them, one option is the "stick" route--a device the size of a USB thumb drive that plugs directly and discreetly into your TV's HDMI port. Google started it off with the $35 Chromecast, but that product is not a dedicated streaming media player (you must use it in conjunction with a tablet, phone, or computer to stream content). Roku and Amazon now offer lower-priced ($40 to $50) media sticks that generally aren't quite as fast as their standalone counterparts, but the features and functions are pretty much the same.

Gaming consoles provide another solid path to video streaming, although some people might be turned off by using the game controller to handle AV playback.

Finally, there's the smart TV option, for those who don't want to add any extra hardware. Smart TV platforms have gotten a lot better, faster, and more stable over the years. The big names like Samsung, LG, Vizio, Sony, and Panasonic have good smart platforms with access to most of the marque streaming services. Smaller TV manufacturers like JVC and TCL have teamed up with Roku, including a Roku Stick with the TV purchase or integrating the Roku interface directly into the TV itself.

Which Streaming Services Are Right for You?
Notice how I went the plural "services" in that question? That's because no single streaming service really hits a home run in both movie and television content. It's up to you to figure out which combination of services will best serve your viewing habits.

On the movie side, the important question is, how often do you watch movies? If you or your family members currently love to browse the cable/satellite guide to find older movies to watch on any given night, then a monthly subscription to Netflix ($7.99 to $11.99/month) or Amazon Video (included in a Prime membership, $99 per year) is probably a worthy investment.

On the other hand, if you only watch movies on occasion and prefer to check out the latest blockbuster or new release, then the above subscription services won't be the most cost-effective or desirable choice. You're better off using a pay-per-use rental site like VUDU, M-GO, iTunes, or Amazon on Demand; these services get the new releases much sooner, and you only pay for the titles you rent.

On the TV side, Netflix offers a lot of TV content, but most of it is older or exclusive to Netflix. The same is true of Amazon Video. If you like to stay current with the hottest shows on network and cable channels, Netflix and Amazon aren't going to cut it. Hulu might be the most desirable choice for the true TV lover who wants to stay current on current shows from the likes of ABC, NBC, Fox, Comedy Central, USA, BBC America, and FX--and the company recently launched a commercial-free tier at $11.99/month, so you don't have to sit through the same trio of commercials every few minutes throughout your show (the $7.99/month commercial tier is still available). However, Hulu lacks popular options from HBO, Showtime, AMC, CBS, and others. You may need to supplement Hulu with HBO Now ($14.99/month), Showtime's new standalone service ($8.99 to $10.99/month), or Sling TV ($20/month, with $5-$15 add-on options).

The best place to start is to make a list of the current shows you love--the ones you aren't willing to give up or wait six months to watch--and figure out which streaming services offer new episodes in a timely manner. As you can surmise, if your favorite shows are scattered all over the dial (so to speak), the cost of multiple subscription services could quickly add up.

If most of the shows you love are on the major networks (ABC, CBS, NBC, FOX), you can watch a lot of that content for free via the network websites. Be warned, though: The network usually only posts the most recent episodes. So, if you get too far behind, you'll be out of luck.

Are you willing to change the way you watch TV?
That last comment brings up a whole separate issue. If you cut the cord and go exclusively with Netflix and Hulu, for instance, you will lose access to the live-TV experience completely. Everything will now be on-demand. For some people, that's not a concern at all. But for others--perhaps even in the same household--it could be a major adjustment to say goodbye to "appointment television."

Even if most of the stuff you watch now is coming off your cable/satellite DVR, you probably still watch some live TV--be it news or special events or even just background fluff while preparing dinner. This time of year, holiday specials reign, and it's always exciting for my family when the classic kids specials pop up in the guide list. Yes, I own many of them on disc, but there's just something about watching them live, holiday commercials and all.

If live TV still matters to you, there are options. The HBO Now and Showtime apps do let you view live programming, so you can still watch Game of Thrones and Homeland at the same time as everyone else. Sling TV emphasizes live TV and provides a streaming experience that's closest to what you're getting right now from your cable/satellite package, with some DVR functionality (check out my review here).

You might also consider the purchase of an antenna and over-the-air DVR, if you live in an area where you can easily pull in free over-the-air TV signals. This will let you pull in live feeds of ABC, NBC, CBS, FOX, and PBS to keep you in touch with local news and sports. Check out my story The Resurgence of the Over-the-Air DVR for more details.

What about sports?
Some people (like me) have never seriously considered cutting the cord for one main reason: sports. The over-the-air option I just mentioned gives you access to live sporting events on the major broadcast networks; but, in recent years, those networks have lost a lot of the most compelling sports programming to higher-tier and specialty sports channels. What about the ESPN networks? The NFL Network? Fox Sports? The SEC Network? The Pac 12 Network? You get the idea.

Yes, basketball, baseball, hockey, and soccer fans can subscribe to online season passes and stream games via apps like NBA League Pass, MLB.tv, or NHL GameCenter, but the price for those season passes adds up quickly and becomes a far more expensive proposition than a cable/satellite package that includes many (although not all) games. And the NFL has been less than enthusiastic about offering a similar service for football fans, due to its NFL Sunday Ticket deal with DirecTV (although an NFL Sunday Ticket TV streaming service is now offered to people in some areas of the country who can't install satellite TV).

Then Sling TV arrived. One reason Sling TV received so much attention at launch was that it was the first streaming service to offer live streaming of the ESPN channel network. For $20 per month, sports fans can get ESPN, ESPN 2, TNT, and TBS; for just $5 more, they can add ESPN U, ESPN News, ESPN Bases Loaded, SEC Network, ESPN Goal Line, ESPN Buzzer Beater, Universal Sports Network, Be In Sport, and Univision IDN. Suddenly, cord-cutting has become a real, affordable possibility for sports fans. Hopefully it's sign of more (and more affordable) sports-related options in the future.

There you have it. We hope these questions can help guide you toward an answer as to whether or not cord-cutting is right for you and your family. If you have any other questions, ask away in the Comments section below, and we'll try to answer.

You'll automatically be entered in the HTR Sweepstakes, and get the hottest audio deals directly in your inbox.
Subscribe
Connect withD
Login
Connect withD
1 Comment
Oldest
Newest Most Voted
Inline Feedbacks
View all comments
Author
Adrienne Maxwell
When you buy through links on our site, we may earn an affiliate commission. Your support is greatly appreciated!
This is the static ad content. This is just a placeholder for now to get things styled.
Visit Website