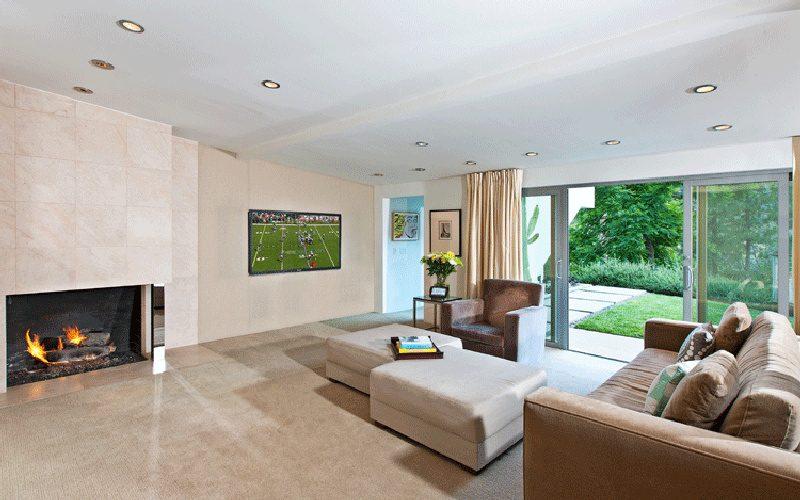 Looking back over 20 years of flat-panel display technology, it's pretty amazing to see just how much better things are these days.

Think back to the late 1990s when flat-panel TVs first started to emerge in the marketplace. They weren’t all HDTVs back then, they weren’t really all that flat, a pretty massive screen topped out at around 42 inches, and prices were anywhere between $15,000 and $20,000 for a single display. I remember my father getting a first-generation Sony 40-inch plasma set whose fan noise was so infuriatingly loud that he returned it. 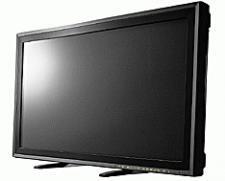 The set ended up being installed in Paul Reiser‘s house in Los Angeles and ultimately stolen off the wall despite an impressive level of home security. The TV that my dad ended up with instead at the time was 40-inch Sony XBR tube television, the last of its breed, which weighed a whopping 280-something pounds, but had a very respectable picture, including very inky blacks.

It didn’t take many years for flat-panel televisions to all come packing HD resolutions, and even a few years into the flat TV phenomenon edge-lit sets were getting thinner and larger, but still were pretty lousy in terms of overall video performance as compared to old CRT sets and front projectors. The best sets from back in the day were Panasonic Professional plasma TVs, which I actually built into the walls of the house I owned at the time. This would be a totally silly idea today, but that was then. It didn’t take me too many years to replace my main 47-inch built-in plasma with a 65-inch, noticeably edge-lit, but far thinner Samsung set that actually covered the hole that I built in the wall almost perfectly. I loved that set, and in many ways preferred it to my light controlled, 120-inch Stewart screen and JVC D-ILA projector around the corner in my screening room, as it was just much easier to get to on a whim and less dependent on total darkness to deliver a watchable image. 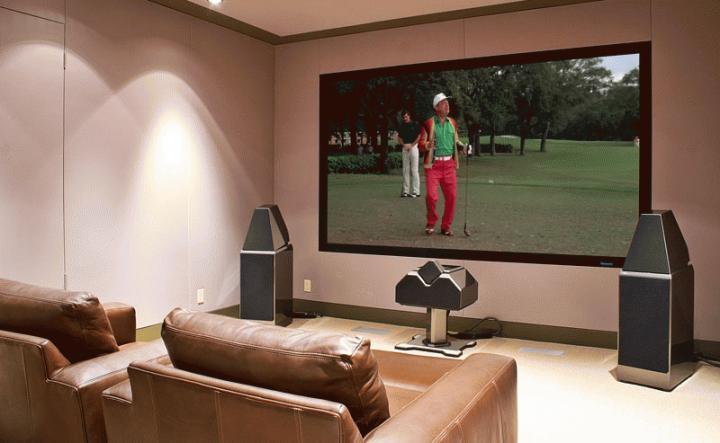 The next era of video displays saw new disruptive companies enter the market, such as Vizio and TCL, and the video market changed drastically as we progressed through the 2000s. Higher-end custom AV installers were doing OK, but more traditional brick and mortar “stereo stores”–be it regional chains, one-off stores, or national chains like Tweeter, Circuit City and Ultimate Electronics–went out of business. These stores thrived on making reasonable profit margins, and as new players pushed bigger and cheaper HDTVs, these stores couldn’t stay afloat. New distribution chains opened up for consumers, but without any quality sales support. Consumers were buying HDTVs on the cheap at Target, Walmart, and Costco, as those chains didn’t care what low profit margin products they were selling, whether it was a year’s worth of Quilted Northern or a 25-pound box of Cheerios or a 50-inch plasma, as long as you loaded it into your cart and dragged it home. And people did so with larger, flatter, and better-looking TVs–by the millions upon millions.

Today, online retailers like Amazon.com sell the world’s biggest and best Ultra HD TVs in size classes upwards of 100 inches. Who could have imagined that back in the day? I just sold my house, which was remodeled in 2012. The 2013 85-inch Samsung that I bought (and left for the new owner as part of the deal) was $10,000 retail back then, and cost me $7,000 plus labor and calibration at the time. Today, a thinner and higher-performance 85-inch Samsung sells new for about $3,500, with HDR to boot.

Dennis Burger, our Senior Editor here at HomeTheaterReview.com, just replaced a $5000, 65-inch Samsung from 2015 with a $1,650, 75-inch Vizio with Dolby Vision and he can’t stop raving about how much of an improvement it is. He is effusive about the new set and it costs one tenth of what my father paid for a four-inch-thick, noisy, bulky, non-HD 40-inch plasma back in the day.

LG’s newer UHD TVs come with multiple settings that are ISF calibrated by the click of a remote, thus there’s no need to invest $500 per set to have a professional dial in your new display. And don’t forget the insanely black blacks that OLED can provide for the film lover. For today’s sports lover, Samsung and Vizio have quantum dot technology that offers brightness levels so high that Andrew Robinson, our video editor, has to dial them back to achieve a calibrated image.

In the UHD era, we also have vast improvements in color gamut, not to mention the fact that resolution is as good as our eyes can detect at any reasonable seating distance. But, of course, 8K is right around the corner. 8K content is likely a way off, if we ever get it at all for anything other than the Olympics and AV torture tests. But the video experts that I talk to say the real advantage of 8K sets is in much improved internal video scaling.

Perhaps the most interesting development in the world of flat panel TVs here recently is the fact that these displays may someday be supplanted by even flatter and more flexible display technology. MicroLED technology takes the best of OLED without the O part and makes more of a scalable video wall. Like, literally, an entire wall of video. Put enough of these modular panels together and you could go from the Stanley Cup in floor-to-ceiling sizes to transforming one side of your room to a live feed of a beach in Maui or an Andy Warhol print.

Before we look too far into the future, though, let’s stop for a moment to appreciate how far we’ve come. What was your first flat panel TV like? What’s the best TV in your system today? Were there any specific sets that made you make an upgrade on the long path to TV excellence today? What will influence your next upgrade? Does the promise of MicroLED make a projector obsolete at some point in the future? Comment below, as we love to hear from you.