Focal makes the company's first foray into the headphone space with the Spirit One headphones. Focal is a company that tends to occupy the high-end space, but is the Spirit One one of those products? 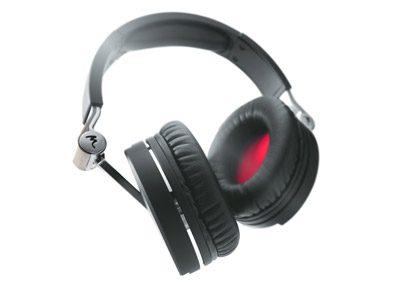 Headphones are turning out to be the drug of choice for the major loudspeaker manufacturers. Everyone is doing it, and among the latest to join the fray is the French loudspeaker manufacturer Focal. Focal is one of the premiere manufacturers of loudspeakers and loudspeaker drivers the world over. Its designs have been heralded as some of the best, and even the speakers the company doesn't build seem to garner their fair share of praise - just ask Wilson Audio. So it should come as no surprise that, like Bowers & Wilkins and Harman before it, Focal is keen to break into the headphone biz. But there are pros and cons to entering the market late, which I found out when demoing Focal's new Spirit One headphones firsthand.

The Spirit One is a full around-the-ear closed-back design from Focal that retails for $279, which isn't out of the question nowadays, and within the realm of reason compared to its direct competition. The Spirit One has a nice design, injecting a bit of upmarket audiophile flair to the Beats by Dre-esque form factor, especially in the headband. In other words, the Spirit One is a grown-up, less flashy rendition of some of today's more youth-oriented cans. The materials, despite being largely plastic in nature, look good, and overall build quality seems first-rate. The splash of red inside the nicely padded ear cups is a very nice addition, even if no one will really ever see it. The Spirit One comes with a very audiophile-like detachable cable as standard - in fact, you have to attach it yourself upon unboxing. The cable has controls for volume, as well as to answer and/or hang up on callers bothering you while you're trying to get your LAMFO on. The Spirit One's smart-phone compatibility seems to be universal, as you can use them as a headset, though for full-featured functionality, they must be connected to an iPhone or Apple-branded device.

As for specs, Focal isn't too forthcoming, though the information is easily found elsewhere online. The Spirit One utilizes two (one for each ear) 40-millimeter Mylar/titanium drivers, with a rated impedance of 32 ohms. The 42-inch-long, cloth-covered cord is terminated with a 3.5-millimeter plug with a screw-on 6.3-millimeter adapter as standard. Focal even includes an airline jack adapter and extension cable as standard, too. The ear cups collapse inward, allowing the Spirit One to be stored in its padded travel case, though even when folded over, these are not the smallest headphones in their respective category.

In terms of performance, the Spirit One is capable, but not my favorite, if I'm honest. It possesses incredible high-frequency and midrange clarity and extension, but I found the bass to be a bit light, making for a very top-heavy performance overall. It's not that the Spirit One lacks bass - it has low, mid-bass snap - it just falls a little short in conveying real weight. I found this surprising, given how tight a grip the Spirit One has on the head; generally, closed-ear designs excel at bass and yet I felt that the Spirit One fell just short. Speaking of the Spirit One's fit, I found it to be extremely tight and, well, tiresome after about 30 minutes or so. It's not like anything was digging into my skull or that the headphones' weight were too much for my head and neck, it was just the sheer pressure that got to me. I should think that after weeks and/or months of wear, things would loosen up a bit, but I lived with them for nearly three weeks and I still found them to be quite tight. Also, the ear cups themselves, while visually large, are actually on the smaller side. I have small ear lobes and it took some maneuvering to get my ear inside the cups without feeling the pinch.

Read about the high points and low points of the Spirit One headphones on Page 2. High Points
The Spirit One headphone from Focal is a good first step for the storied loudspeaker manufacturer, blending both build quality and looks with above-average sound.
The look of the Spirit One is more mature than that of, say, Beats by Dre, though it's not quite as refined as Bowers & Wilkins' offerings, making it somewhat ideal for the late 20s to early 30s professional on the go.
When used in conjunction with an iPhone or iDevice, the Spirit One's versatility is first-rate.
In terms of sound quality, the Spirit One isn't class-leading, but it's very good, giving up a bit of low-end presence in the pursuit of an uncolored midrange and sparkling highs.
The Spirit One is very efficient, which makes it possible to drive it to reference levels without the need for outboard amplification.

Low Points
The Spirit One's fit is snug, to say the least, something that can become tiresome after short periods of time.
In an attempt to loosen the Spirit One's grip on my skull, I took to flexing the band over and over, which revealed squeaks and creaks in the headband that may or may not be an indicator of the Spirit One's long-term reliability and build quality.

Competition and Comparison
The Spirit One has no shortage of competitors out there, especially among Focal's loudspeaker manufacturing peers. Chief among them is Bowers & Wilkins, which has the P5 and P3 headphones as Spirit One's direct competitors. Bracketing the Spirit One in terms of price, both the P5 and P3 headphones possess a bit more bottom end heft, though their top end is decidedly less neutral than the Spirit One's. I've lived with the Bowers & Wilkins products for over a year now and can attest to their longevity, whereas the Focal Spirit One has given me some cause for concern. Still, if given the choice of the Spirit One over some of the other competition, for instance, Beats by Dre, Panasonic's new headphones and/or Klipsch, I'd take the Spirit One every day of the week. In my opinion, the Spirit One makes the podium, just not in first place. For more on these headphones and others like them, please visit Home Theater Review's Headphone page.

Conclusion
I'm a huge Focal fanand have been for some time, so I was excited to get the opportunity to listen to the company's first-ever headphone design. At $279 retail, I was surprised that, for a brand so well known in the high-end space, that Focal's first headphone, the Spirit One, was relatively inexpensive when compared to a lot of its competition. That said, the Spirit One's somewhat fatiguing fit and lighter bass kept it from being my overall headphone of choice, though there is much to like about its performance when discussing its midrange and high-frequency presentation. For iPhone or iDevice users, the Spirit One brings an extra level of functionality to the party with its superb volume and phone integration controls. Overall, I found the Spirit One to be a solid first effort from the famed French loudspeaker manufacturer, and knowing Focal the way that I do, I'm confident future endeavors will be even better.