Focal's Utopia headphone at $3,999 represents an extreme no-expense-spared approach to design, components, and materials. Granted, for some in our audience, there may be no collection of components and materials that could make a headphone worth nearly four grand,... 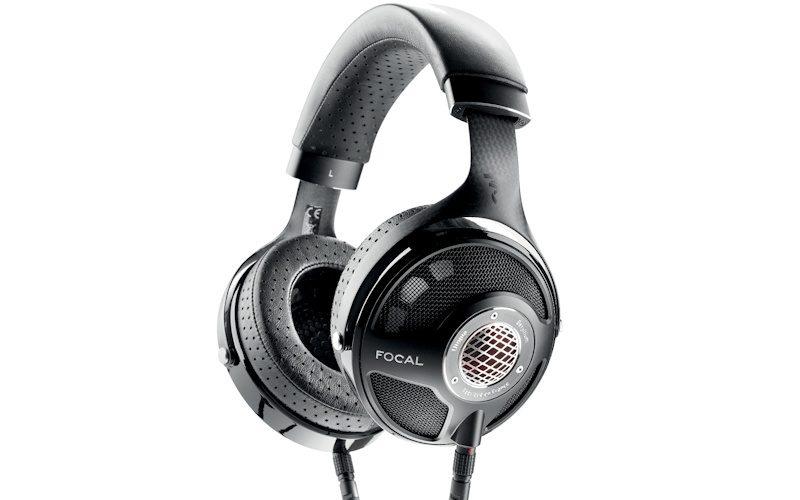 
Focal’s Utopia headphone at $3,999 represents an extreme no-expense-spared approach to design, components, and materials. Granted, for some in our audience, there may be no collection of components and materials that could make a headphone worth nearly four grand, but the market for luxury headphones of this sort is substantial and growing, with a healthy consumer base and many competitors continually evolving and pushing the limits of their designs.

This makes more sense when you consider that, for some, a high-end headphone may be the centerpiece of their audiophile system. Perhaps you live in an apartment where proximity to neighbors prohibits a traditional sound system. Maybe it’s a space limitation where a two-channel rig with towering speakers is not an option. Let’s not forget the late-night listening in any living situation without disturbing nearby roommates or neighbors. Or perhaps you purchased a heap of Netflix stock at eight bucks a share in 2008. Whatever your circumstance, let’s explore how Utopia might be the right high-end solution for you.

In designing Utopia, Focal realized that with even the most exceptional headphones, one could still discern they were listening to cans attached to their heads. The goal for this new design was not to create a listening experience that merely improved upon that, but rather a headphone that disappears and has the characteristics of a room-based state-of-the-art sound system. Focal’s research suggested an open-back design with a perceptually flat frequency response across the entire range could accomplish their goal. However, these specifications would require a dynamic driver of minimal mass and low distortion. These requirements, in turn, dictated a stiff cone with outstanding damping attributes.

At near-field listening distances, traditional or inverted dome designs cannot provide a perceptually flat frequency response with low-distortion levels, according to Focal. Additionally, a standard dome shape tends to have phase issues and frequency break-up due to the poor mechanical attachment of the voice coil to the dome perimeter. These challenges demanded a different methodology.

From Focal’s development of automobile speakers, the creation of an M-shaped Kevlar tweeter gave birth to the idea of applying the same driver shape to the Utopia, using Beryllium as the material of choice due to its lightness and stiffness.

The result is a single 40-millimeter driver that reaches the sound pressure level of a much larger traditional driver, while producing an extended 5Hz to 50kHz frequency response.

Focal has been an early pioneer of Beryllium for their Utopia, and more recently their Sopra and Kanta free-standing speaker lines. Unfortunately, Beryllium is exponentially more expensive than Titanium, and to apply the material to a single micro driver required years of development. Furthermore, and in the pursuit of low mass, Focal created a unique five-millimeter-tall former-less voice coil, along with an ultra-light surround, three times thinner than current industry norms. The painstaking manufacturing process for such a voice coil and suspension combination had to be developed from scratch.

A unique flower magnet design borrowed from Focal’s reference Utopia loudspeakers is carried forward to the Utopia headphone driver: several single magnets in a circular pattern mimicking the pedals on a flower. The added weight created by such a design is counterbalanced by a carbon fiber yoke, which holds the speaker and ear cup assembly. The other end of the yoke slides into a nicely padded aluminum headband. I cannot speak highly enough of the design, since it plays an instrumental role in balancing the entire headphone.

The headband is extensively wrapped and padded to dissipate the weight of the headphone. At the same time, it allows enough speaker assembly rotation to take on the natural contour of one’s crown.

The memory foam ear-pads are covered in lambskin with acoustic fabric for a combination of diffusion and absorption, resulting in what Focal refers to as “room character.” The Utopia also includes a carefully selected one-meter cable chosen for its low impedance and symmetry. It is heavily shielded and uses 9.5-millimeter Lemo connectors and a 6.35-millimeter Neutrik stereo connector.

Performance
My initial impression of the Focal Utopia honestly had less to do with performance than comfort. While they are more substantial than the Sennheiser HD750 when held side by side, their apparent heft simply disappears once you put them on your head.

With all the tracks I listened to, the Focals had an uncannily large image with tons of ambiance, combined with image specificity that kept all of the instrumentation locked into a realistic three-dimensional space. The upper treble was clean and crisp, presenting cymbal crashes tightly and precisely, without smearing. Midrange frequencies had heft and displayed a finesse that I rarely experience even with the best of headphones. Bass was exceptionally neutral: not lacking in the lowest registers nor overemphasized and bloated. Precise is a great word to describe the overall sound if I could only use one.

On Aaron Nevil’s rendition of “Everybody Plays the Fool,” the sound was big and expansive. Vocals had unmistakable realism, but what impressed me more was the handling of the low background bass line, which could easily be ignored on inferior speakers and headphones alike but was an undeniably essential element of the mix via the Utopia. I honestly pondered whether I might prefer the Utopia over a pair of Focal floor-standing Kanta 2s.

On Pearl Jam’s song “Yellow Ledbetter,” the Utopia persisted in projecting a large image that was spacious and extensive, with levitating vocals smackdab in the middle. The electric guitar and bass in the first few seconds of this track rang through with tactile clarity that simply tingled the senses.

“Talkin’ Bout a Revolution” by Tracy Chapman was another great opportunity to hear how the Utopia handles vocals, especially dynamic ones that shift from smooth to textured at a whim. Acoustic instrumentation was again ultra-clear and articulate, with the utmost in neutrality and natural presentation.


MrSpeakers’ Voce ($2,999) is a potential contender at the top of that company’s line. I don’t have any personal experience with the Voce, but I have heard other products from MrSpeakers that have impressed me.

The Audeze LCD-4z ($3,995) is an open-back electrostatic headphone that delivers fantastic performance, but performance is only half the equation. I hesitate to put the LCD-4z in direct comparison with the Utopia due to the comfort and weight concerns.

The Stax SR-009S ($3,999) is a new reference electrostatic headphone that replaces the company’s legendary SR-009. I have not heard this new model, but its predecessor was impressive, even if it did lack some of the openness and clarity of the Utopia.

Conclusion
The Focal Utopia represents, and I say this without hesitation, the most impressive headphone that I have ever heard. Focal has managed to create something unique, extravagant, and straight-up incredible. And granted, all of that performance, comfort, and luxury does come at a price. But it’s a beautiful world we live in, where such luxuries are there for all of us to lust after, or attain and pass down. In the end, I believe Focal achieved their goal: the performance of a stunning room-based speaker system in the form of headphone. If I had the budget, the Focal Utopia would be part of my audio arsenal tomorrow.

You'll automatically be entered in the HTR Sweepstakes, and get the hottest audio deals directly in your inbox.
0 0 votes
Article Rating
Subscribe
Connect withD
Login
Connect withD
0 Comments
Inline Feedbacks
View all comments
Author
Greg Handy
HomeTheaterReview Product Rating
Value:
Performance:
Overall Rating:
Check Product Price
When you buy through links on our site, we may earn an affiliate commission. Your support is greatly appreciated!
This is the static ad content. This is just a placeholder for now to get things styled.
Visit Website