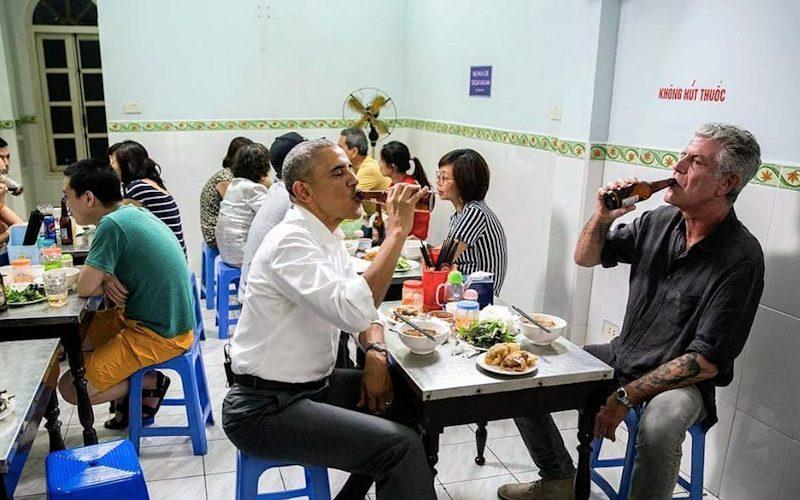 Food porn is perhaps my favorite genre of television today, and that’s saying something given that television is at its creative apex and consumes most of my time spent in my home theater. There are so many great travel/eat/politics shows that you can watch--many in Ultra-HD streaming. With that said, this week Anthony Bourdain, host of No Reservations on The Travel Channel and Part Unknown on CNN hung himself in a hotel room in France. His suicide comes days after iconic fashion designer, Kate Spade, took her own life by hanging herself from a scarf from her Park Avenue home. Stunning losses on so many on so many fronts.

Bourdain was one of the most outspoken voices in television at a time when television needs outspoken voices so very badly. His current girlfriend, Asia Argento, was reportedly one of Harvey Weinstein’s victims and he was one of the voices who pounded home the point that powerful men in Hollywood can’t be pigs anymore no matter how much leverage they hold. Bourdain railed on super-chef Mario Batali on reports that the “king of farfalle” was less than gentlemanly in his behavior in recent years. But Bourdain’s voice is now silenced.

Anthony Bourdain was an irreverent, LA-hating, punk-rocker-chef that had incredible joie de vivre. He saved me about 10,000,000 frequent flyer miles by vicariously flying me to the world’s most exotic locales, all from the safety of my sofa. At The Travel Channel, he focused his narrative more on his travels and the food. When he ported over to CNN he became more political and social.

In recent episodes he would interact more and more with the people. He would fail at fishing episodes over and over again to the enjoyment of his audience, who knew he couldn’t fish very well. He would make odd new friends in splintered parts of the country (or world) in ways that gave me hope that we as Americans would someday realize that we don’t simply fit neatly into the bullshit Democrat/Republican boxes that Newt Gingrich drew around us.

He instilled in me that we all play for the same team and a really good team at that. He drove the point home that, as Americans, we should fire up our Global Entry passes and start traveling to other places. When I couldn’t, I had people like Bourdain to do it for me. Now that’s gone, and I am not OK with it.

I have two friends who suffer from serious mental illness and I worry about them all the time. Two of them are consultants for HomeTheaterReview.com on many technical issues and have also have generously volunteered for suicide hotlines in the past (the national hotline is 800-273-8255). What they told me was that people who call and say “I don’t want to live” or “I want to die” need help, and there’s usually time to help them. But when you have someone on the phone saying “I just want the pain to stop,” that’s the time to call 911 immediately. I can’t imagine what it’s like to be on the phone with someone in such a tough spot or the pressure to keep someone talking when doing so is the difference between life and death.

There are so many casualties in this situation. Bourdain’s girlfriend is a major part of the #MeToo movement and she’s left alone to fight rape allegations against Hollywood mogul Harvey Weinstein alone, despite tremendous support from Bourdain before his suicide. More concerning is Bourdain’s young daughter, who now has to live with this needless tragedy for the rest of her life. Additionally, Bourdain’s best friend Eric Ripert (the head chef at the famous New York restaurant, Le Bernadin) found him hanging in his hotel room after filming yet another trip to France with Bourdain.


Bourdain would toy with the seemingly Zen-like Ripert mercilessly from time to time on his show and it was funny then, but now it’s not funny. Not at all. Ripert, as he writes in his book 32 Yolks, has had to deal with more and more of the worst this world has to offer. Who could argue that this is anything but the worst life has thrown at him?


But the reality is that none of them would have existed without Anthony Bourdain, his phenomenal book, Kitchen Confidential, and his legacy. I will watch them all with enthusiasm. And in watching them, I will in ways be mourning for Bourdain while celebrating his life. None of those shows really captures the essence of what made Bourdain so great as a human being and a journalist, though.

But I have to admit, it’s going to be hard to watch Bourdain’s own work now. His death just doesn’t jibe with the New York tough guy persona, much less the unabashed love of life that came through on the screen. I know that seems harsh and lacks understanding. Hopefully, I will change my outlook on this over time. But this wound is still fresh and I’m a little angry and a lot drunk over this, even though I know that depression and brain chemistry are the real villains here.

If you know someone who struggles with this illness, don’t wait for them to reach out with a plea of help. They probably can’t muster the effort. Make the effort yourself instead.