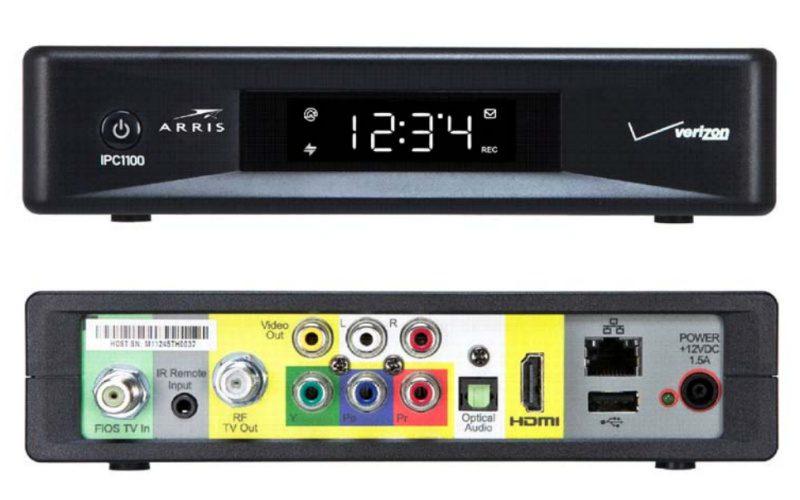 Since its introduction in 1997, I have been a loyal DirecTV subscriber. Despite a number of moves around Los Angeles, all of which have been sequentially closer to the beach (to the point where I am now a good few...

Since its introduction in 1997, I have been a loyal DirecTV subscriber. Despite a number of moves around Los Angeles, all of which have been sequentially closer to the beach (to the point where I am now a good few hundred yards away from Baywatch-tastic sands), I have somehow always been able to keep my DirecTV service active. When the service first came out, the lure of access to out-of-market NHL hockey games was undeniable. As a Philadelphia Flyers fan living in Los Angeles, being able to watch my home team sports more frequently than was possible via ESPN (back when they even paid attention to hockey) was all it took.

Of course, a lot has change since 1997. Sony's DirecTV TiVo, just to name one example, was a disruptive and transformative product in its day, as it made "appointment viewing" a thing of the past. At some point down the road, DirecTV diversified its investments and pulled away from TiVo in order to develop their own DVRs, which at first were pretty mediocre. Roll the tape a good decade forward and their 4K DVRs today are as good as any in the business and on par with Dish Network's Hopper 4K DVR.

The problem is: not everyone can have satellite TV for various reasons. On the east coast, thunderstorms and tree cover make having a dish a problem. In my current case, we recently sold our family home and moved in to a "full service" New York City-style building with an HOA agreement with Frontier, including a sweetheart of a deal for Internet, phone, and television. Frontier was already my phone provider for traditional, copper phone services at my former house, so I thought nothing about quickly booking a bundle of services in the new place for the low, low price of $150. And when I mean low, low, I'm not joking, as Spectrum 500 mbps-down Internet was about $100 per month at my old place. DirecTV with two DVRs added around $220 to the mix, and two phone lines cost me about $150 per month with unlimited national calling and some limited packages for global calls. 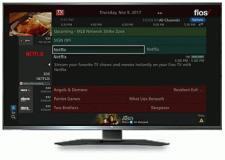 So, on moving day, I paid an extreme premium to have my IT person, Pat, manage the Frontier installation of phones, TV, and Internet in my new condo. The installation took hours upon hours to complete, which I didn't love, since I was paying Pat $135 per hour to oversee the process. I am not complaining about her billing rate on the Westside of Los Angeles for IT service, as I had so many other technology-oriented issues to deal with and she was a 100 percent champion in helping get everything working. I got my movers to bring some items to my corporate condo, which was already pretty loaded with household items. We also packed my $600-per-month storage unit with as much other stuff from my house as you can imagine. While packed up like the endgame of Tetris, we made everything fit. Then came time to watch some Rachel Maddow and relax (OK, you can't relax watching that show, but you get my point).

Before I get to the television and DVR performance, allow me to first comment on the other elements of my bundle. I remember vividly what I call "the other tragedy of 9/11," which was me switching my voice telephone over to VOIP on that fateful day. Respectfully, I didn't know what to do after the towers were hit. Was I going to sit at home? I could have, but we went into work, as did the VOIP installer, who could have saved me a good $600 per month on traditional phones back in the day. I want to say it was Sprint who installed VOIP phones for us on 9/11, but we had it ripped out no less than a week later, so it's hard to remember. VOIP in that era was just pathetic. Dropped calls. No dial tone when picking up to make a call. Constant reboots of the server just to use the phone. It was just a terrible product that was rushed to market too early.

In the modern era, VOIP must be better and a way I could save money, right? Nope. Frontier's VOIP is a 100 percent total fraud in 2019. Yes, I said fraud, and meant it. They promise "unlimited national calling" but simply cannot make long distance calling work. Local calling? It works. 800 numbers? They work too. But if I want to call a client or my buddies or my Mom who don't live nearby, I'm hosed. I spent no less than three hours and forty-five minutes on support calls with Frontier after a good five-hour install call with Pat, and they never got the long-distance phone working. Never. They hung up on me. They promised to call me back and didn't, and then just tried to take my money. Hells no, bitches. Not a chance.

We'll get to the DVR and TV service in a minute, but first I need to complain about the Internet connectivity provided by Frontier. I lived about three miles away from this current condo for the past five years, and Spectrum could deliver me upwards of 500 mbps-down for about $100 per month. While that is the most you could spend on Internet in the neighborhood, the speed is just outrageous. 4K movies piped into my Kaleidescape server with ease. 4K UHD content poured into my Roku from Amazon Studios, Netflix, VUDU, and elsewhere. Life was good. Move into this Jefferson-style "de-luxe apartment in the sky," and my speeds were in the neighborhood of 16.8 mbps down and 2.1 mbps up. F-you Frontier. You suck. Is this 1998?

That brings me to Frontier's ARRIS IPC1100 DVR and the simply terrible FIOS TV service they offer for about $50 a month. Do you like a lot of channels to pick from? Don't buy this service under any circumstances. Do you like 4K video? Forget it, as you aren't getting it here. Do you expect the audio of your TV to always come through and be intelligible? Not a chance with Frontier FIOS TV. Do you mind seconds-long hiccups for video buffering like a YouTube.com video from eight years ago? Then you will be happy with the crap-tastic product that Frontier offers. If you've ever experienced Dish Network, DirecTV, or even the lesser performance Spectrum cable product, you are going to be massively disappointed in Frontier FIOS television service. 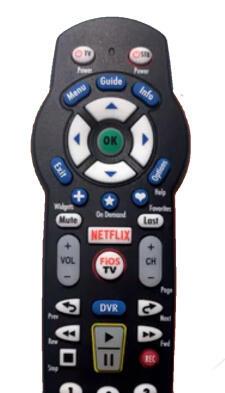 The Frontier ARRIS IPC1100 doesn't really have a price because it comes as part of your Frontier TV service. It is less than a full rack width wide and is one rack space high. It has COAX input and output and a single HDMI out. It is unclear how big the hard drive is, but there is one, as you can record shows, as I did with my beloved Billions. There are RCA outputs for audio and video, as well as an optical out for the former and a component out for the latter. There is an IR control input (3.5mm), but no RS-232, and I'm honestly not sure if the Ethernet port can be used for IP control.

The so-called smart remote is just straight-up stupid. It can't even power on the 70-inch Samsung TV that I inherited for this corporate condo. Really? Could you suck more, Frontier? To access the non-streaming content, you need to click "menu," which is anything but intuitive. There is a Netflix button, but the Netflix performance is slower, blockier, and more pixelated than I've experienced since circa 2010. The FIOS TV button gives you access to their own battery of C-list channels. Okay, I actually liked their cooking channel, as it is a fast-paced Internet-TV channel that, unlike the Food Network and the Cooking Channel, is really based around cooking and less around competitions or kid shows or whatnot. But that was it. The rest of the 100 channels there sucked. Their weather channel isn't the actual Weather Channel (Dennis, I am pouring one out for you here). Their news channels aren't MSNBC, CNN, CBS, NBC, ABC, or whatever. They did have The Young Turks, which was nice, but not good enough to

make up for the UHF quality of the rest of their lineup.

The quality of the video from Frontier's FIOS TV by 2019 standards is also simply terrible. Pixelated glitches were just the tip of the iceberg. Poor color fidelity, audio cutouts... I seriously think I got a better AV experience from RealPlayer on dial-up back in the late 1990s.

Comparison and Competition
I am not a fan of cable TV, but cable TV is better than Frontier's FIOS TV by a country mile. DirecTV pwns this Frontier service like the noob that it is. Simply put: I can't hang a dish off the balcony or put a dish easily on the roof of my current condo or I would have. Even if you are worried about thunderstorms or tree coverage, I would suggest a dish over this simply horrible service.

Although I am an avid sports fan, I think I would prefer to be a cord-cutter than suffer through Frontier's FIOS service. You can find a way to cobble together enough sports to be better off than what Frontier offers. But then again, if you have their 1999-tastic Internet service then all bets are off as a cord cutter, as they provide about the worst Internet service for the same price that others like Spectrum offer.

Conclusion
HomeTheaterReview.com has a sadistic contingent of readers who clamor for the illusive one-star review, and we rarely deliver on that concept because so many of today AV products are just simply too good in terms of performance and/or value. Well, folks, here you go. I am giving Frontier's overall service, their customer service, and their overall value a rating of less than a single star.

There is no way to say it other than this: Frontier's phone, Internet, and FIOS television are simply amongst the worst products that I have ever experienced in 25 years of AV publishing and reviewing. Frontier doesn't even come even close to the performance of their lousy competition in the cable market, and get fully trounced by satellite TV. The amount of time (aka: money) that it takes to make this service work isn't relevant, because their TV product never worked correctly not did they ever deliver me working long distance telephony. Their Internet performance is nothing short of limp on top of that.

Nobody should ever, ever, ever pay for this service, use this DVR, or engage with Frontier FIOS unless there is simply no other option. There have been few times in my career that I have encountered a product this bad.

My friend in finance, who is a former executive at Goldman Sachs, said to me: "Jerry, you know Frontier is a $2 stock and going bankrupt right?" No. I didn't know that, but I can easily see how this could happen. The promise of Verizon FIOS was so good but the reality is the exact opposite of good. Our system doesn't allow for a zero-star review, but if it could, I would consider a goose-egg for this total failure of a product, system, and service.