AV News, News
Published On: January 10, 2022
We May Earn From Purchases Via Links

If you are not subscribed to the Home Theater Review newsletter, you can read it here.

Often CES feels as much like the end of something as it does the beginning. It spells the end of the previous year’s products being the newest and best you can get. But also spells the end of the almost insane focus on consumer electronics that lasts from October all the way through Black Friday and into the holidays. Once CES is over, it becomes a waiting game, for products to ship, for new reviews to come out, as people try to understand what’s awesome about the new crop of technological goodies.

Although this CES was diminished in terms of attendance, it was a strong show when it comes to the categories that matter for home entertainment and home theater.

2022 has finally arrived and with it the new technology that is unveiled at the annual electronics tradeshow called CES, the world's largest. Despite logistical difficulties, a "the show must go on" attitude prevailed. 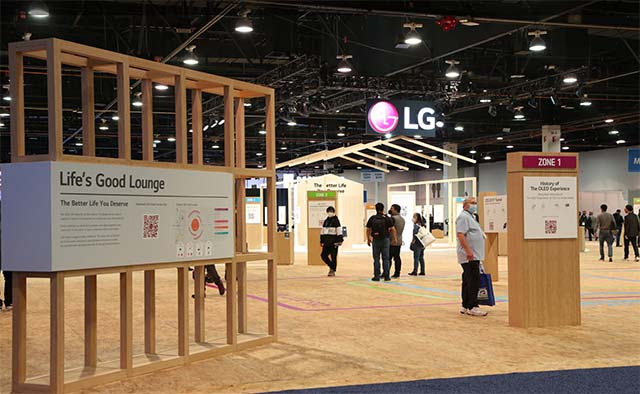 Where is the LG booth? It's there, in the Metaverse. LG is a company that acknowledged the future. Photo from LG

Pictures from Las Vegas are a little bit shocking, last year the show was entirely virtual, so nobody knew how it would turn out this year. But now, it is reasonable to say that attendees had no risk of coming into contact with anybody else, social distancing is a piece of cake when you're practically alone in a giant cavernous hall. To say that CES attendance is down is the understatement of the century. 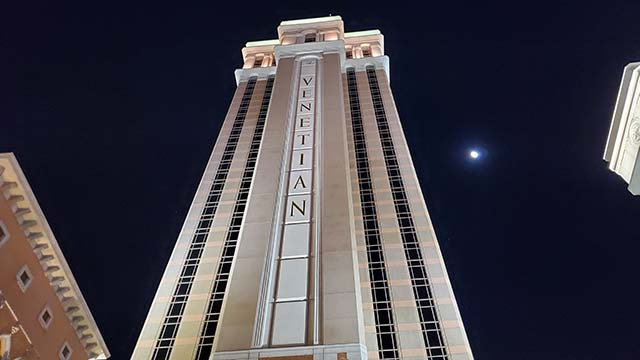 The Venetian used to be a hotbed of CES activity for high-end audio. Not anymore. Photo by Mark Henninger

But, what CES represents is more than just a way to subsidize the Las Vegas economy after the holidays are done. It is truly the beginning of the new year for the TV industry, lots of new models and new technologies get unveiled and discussed for the first time at the show. This year is no different, in fact, it is a strong year for those interested in high-quality televisions and large displays that offer cinematic experiences right in your living room—no dedicated home theater required.

In this special CES 2022 edition of our Future Vision newsletter, we are sharing a number of products that stood out at the show. Like many other sites that cover consumer electronics, Home Theater Review is not part of the sparse array of attendees this year. But, were flexible, so our 2022 selections are based on subjective decisions made through a combination of hands-on experience (Samsung's The Freestyle), living vicariously through attendees and their social media posts, talking directly with manufacturers, having direct discussions with industry peers, and applying common sense along with an understanding of underlying technologies, and how they contribute to the evolution of TV performance (QD-OLED, mini-LED, micro-LED, etc.).

First, check out one of the most innovative debuts at CES 2022, Samsung's cool, undeniably fun, and surprisingly capable The Freestyle projector.

Samsung's The Freestyle projector is a star attraction at CES 2022

And now, without further ado, our Best of CES 2022 selections from a show that probably should've been virtual, but at least it went on at all and the products represented are actually enjoying a bit of a renaissance in terms of popularity thanks to the new, central, crucial role that home entertainment is playing in people's lives.

• Samsung’s The Freestyle: A Portable Smart Projector For The Everything-From-Home Lifestyle

• The JVC DLA-NP5 Projector Is An HDMI 2.1 Compliant Replacement For The DLA-NX5