The market research group Parks Associates recently released findings from its Connected Game Consoles study, which found that the game console is the primary connected (smart) CE device in U.S. households. The survey of 10,000 U.S. broadband households found that... 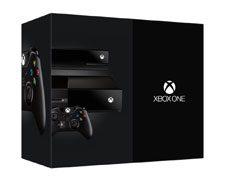 The market research group Parks Associates recently released findings from its Connected Game Consoles study, which found that the game console is the primary connected (smart) CE device in U.S. households. The survey of 10,000 U.S. broadband households found that 46 percent have an Internet-connected game console and 28 percent use that device as their primary method of accessing online content. The second most used connected device is the smart TV, followed by the standalone streaming media player and finally the smart Blu-ray player.

From Parks Associates
Parks Associates today announced new Consumer Analytics research, Connected Game Consoles, that shows 46 percent of U.S. broadband households have a game console connected to the Internet and over one-quarter (28 percent) use the connected gaming console as their primary connected CE device. Among these primary console users, roughly three-quarters use the gaming console to access non-gaming content online at least weekly, and nearly 40 percent access such content for more than 10 hours per week.

"Gaming consoles are the most frequently used connected CE device because of their high adoption rates--of the broadband households that have only one connected CE device, nearly 60 percent have a game console," said Barbara Kraus, Director of Research, Parks Associates. "As the non-gaming capabilities of consoles have expanded, so too has the potential for consoles to become an entertainment platform for online content such as video, music, and apps."

"Smart TVs are popular, but households typically make these purchases when they need to upgrade their flat-panel TVs, which will spread out adoption to coincide with the TV replacement cycle," Kraus said. "Blu-ray players are performing poorly as a connected CE platform, whereas many gaming consoles have already staked a claim in the living room, which helps to drive non-gaming uses for the platform."

"The ability to play console-quality games remains the core adoption driver," Kraus said. "However, our research shows that younger console owners and those with children in the home are heavier users of online, non-gaming content. While 62 percent of all broadband households have a gaming console, more than 80 percent of households with children in the home have the device."

Parks Associates research finds both Nintendo Wii and Microsoft Xbox consoles are in 35 percent of U.S. broadband households, while the Sony PlayStation brand is in 27 percent of households.

Additional Resources
• Most US homes stream content through games consoles from Advanced Television.
• 1/2 of TVs Use Netflix at HomeTheaterReview.com.