Netflix Eyes a Spot on Your Cable Set-Top Box

Netflix Eyes a Spot on Your Cable Set-Top Box

Gigaom is reporting that Netflix is aggressively working to partner with a major cable operator and get the Netflix app integrated directly into the set-top box--and perhaps have the subscription fee integrated into your monthly cable bill. The Netflix app... 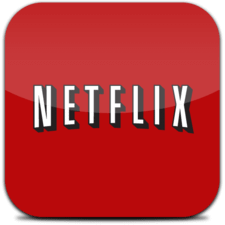 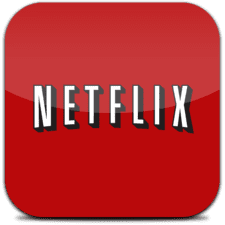 Gigaom is reporting that Netflix is aggressively working to partner with a major cable operator and get the Netflix app integrated directly into the set-top box–and perhaps have the subscription fee integrated into your monthly cable bill. The Netflix app is already ubiquitous on most every smart TV, Blu-ray player, streaming media player, and gaming console, but the cable box has thus far eluded it, at least when it comes the major U.S. cable operators.

From Gigaom
Netflix’s new strategy to take on cable involves becoming best friends with cable: The video streaming service has been working hard to get its app included on set-top boxes of cable, fiber and satellite TV operators, and has been looking to strike deals with major U.S. operators. These deals could not only greatly expand Netflix’s potential audience, but also change how the company deals with both consumers and operators.

Internally, partnerships with TV operators are seen as the next big step for the company. Earlier this year, a Netflix job offer put it this way:

“After having Netflix integrated on every relevant TV, Blu-Ray Player, Streaming Box, and Streaming Stick our new frontier is now cable boxes. We want to reach our current and future members on devices they use most frequently to watch linear TV, cable, and satellite set top boxes. (…) Our mad dash to integrate Netflix into all devices was just the start, now things start to get interesting…”

Netflix struck deals with a few smaller U.S. cable operators earlier this year, including Suddenlink and RCN, which all use TiVo’s DVR as their standard set-top box. However, TiVo-based pay TV boxes are in less than two million U.S. households, according to numbers disclosed in some of the company’s recent financial filings. Roughly 90 million U.S. households subscribe to cable or other forms of pay TV, and more than 73 million subscribe to the biggest five operators alone. That’s why Netflix has been working hard to team up with one of these major operators.

I’ve been told by sources with knowledge of the company’s plans that it is getting closer to finalize and announce a deal with at least one of these major operators. One source told me that an announcement may come as early as early next year, but others have cautioned that an actual deal may not be announced until much later. One of the names that kept coming up in chatter about Netflix’s plans was AT&T, but other alliances are also possible.