3D never dies, it just goes away and comes back a little bit better. Or so it would seem as we've gone from anaglyph to polarized to active-shutter, and now, glassless. LG is planning on flooding the market with glassless... 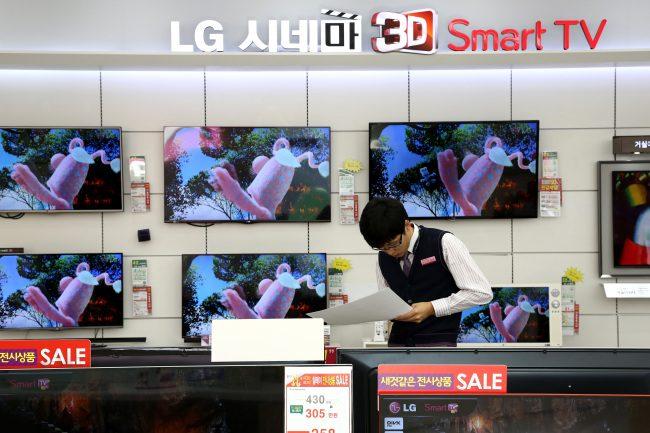 3D never dies, it just goes away and comes back a little bit better. Or so it would seem as we've gone from anaglyph to polarized to active-shutter, and now, glassless. LG is planning on flooding the market with glassless TVs in 2017. Obviously part of a long-term goal, only the time will tell if the tech is finally ready for prime time, or if 3D will continue only as a movie theater novelty.

From The Korea Herald

LG Electronics, the world's No. 2 TV maker, is expected to mass produce glasses-free 3-D TVs by 2017, much later than the government's initial commercialization plan.

"It will take at least three years, given the current level of technology," said Bang Young-woon, the head of LG Electronics' TV products and planning division after a UHD conference last Thursday.

He added that the glasses-free 3-D TVs on the market cannot be called fully glasses-free as they offer 3-D vision only when viewed straight on.

The government has invested 198 billion won ($183 million) in smart media including smart TVs and glasses-free 3-D TVs since 2011, hoping to see mass production by 2015.

"The government projects to support relevant technologies including codec, compression and a platform network are almost done, but improving the display technology seems to be taking longer," said Shin Jong-sik, a government official at the Ministry of Science, ICT and Future Planning's radio policy planning division.

The technology for shifting 3-D media content to glasses-free 3-D TVs is equivalent to the price of the TV, meaning prices also need to come down to attract customers, according to Shin.

Also, 3-D content is scarce due to the lack of a value chain to support production.

At the international CES 2011 in Las Vegas, LG Electronics, Sony and Toshiba unveiled glasses-free 3-D TVs for the first time in a bid to respond to Samsung Electronics' dominant market share of 3-D TVs.

However, interest in 3-D televisions has waned with slow technological development, and in the face of the growing popularity of ultrahigh-definition TVs.

Will Dolby 3D Deliver on the Promise of Glasses-Free 3D?