GoldenEar Shows Off Its First Wireless Speaker, the DigitalAktiv 3

GoldenEar Shows Off Its First Wireless Speaker, the DigitalAktiv 3

At CES, GoldenEar showed off a prototype of its first wireless, powered bookshelf speaker: the DigitalAktiv 3 (DA 3). The speaker will use the same HVFR tweeter and six-inch bass/midrange driver as the Triton Reference (with a separate Class AB... 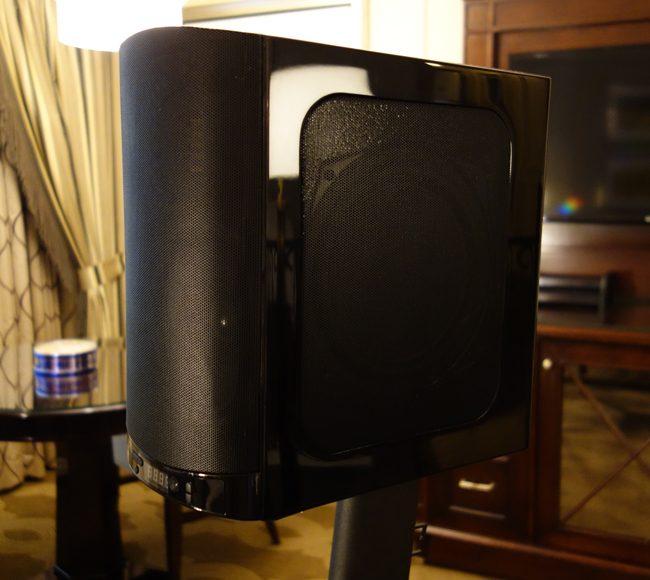 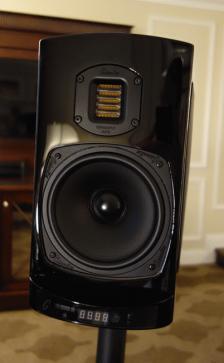 At CES, GoldenEar showed off a prototype of its first wireless, powered bookshelf speaker: the DigitalAktiv 3 (DA 3). The speaker will use the same HVFR tweeter and six-inch bass/midrange driver as the Triton Reference (with a separate Class AB amp for each), plus two eight-inch passive radiators. You can use one DA 3 by itself or connect two wirelessly (via WiSA) to make a stereo pair. The DA 3 will feature both Bluetooth and Wi-Fi with Chromecast built-in. Look for it in Q4 of 2018. The price has not yet been officially announced, but the company is aiming for $2,000/pair.

From GoldenEar
GoldenEar is pleased to release preliminary information on an exciting new product scheduled for release in the fourth quarter 2018. The DigitalAktiv 3 (DA 3) is an ultra-high-performance compact bookshelf loudspeaker which is powered and equipped for wireless Wi-Fi and Bluetooth reception. The DA 3 is housed in a beautiful hand-polished piano-black monocoque cabinet. It incorporates a 6″ cast-basket bass/midrange driver, based on the one used in the Triton Reference, along with the same HVFR tweeter used in the Reference and two inertially balanced 8″ passive radiators. 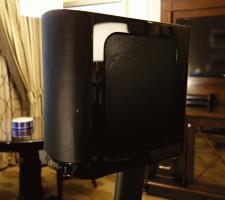 The active drivers are biamped with direct-drive of the bass/midrange driver by a 200-watt amplifier and direct-drive of the tweeter with a 60-watt amplifier. Direct-drive of the drivers tremendously reduces distortion by an order of magnitude and dramatically improves control of the drivers for tighter bass and improved transient response. In addition, all crossover functions, including frequency response and phase optimization, are handled in the digital domain and precisely tailored by a 56-bit DSP engine. Power amplifiers are fed from high-current voltage regulated DC rails, in order to guarantee zero voltage sag during demanding musical transients.

Built-in Bluetooth reception is provided, along with Wi-Fi reception handled by Chromecast, for high-quality, hassle-free performance with all popular streaming services from any Cast-capable device, such as a smart phone or computer. The built-in Cast module supports both 2.4GHz and 5GHz bands for exceptional tolerance to interference. When used as a stereo pair, the two DA 3s are wirelessly linked by a high-quality, low-latency WiSA radio. In addition, one DA 3 may be used by itself as a single speaker playing stereo program material. Voice command control is possible utilizing any Google Home device. In addition, multiple independent zones are possible with separate control of level as well as program material. Network software updates are supported.

More information will be available later in 2018 when the DigitalAktiv 3 is ready for full production.