Goodbye to My Oppo UHD Disc Player, Hello to a Whole New System 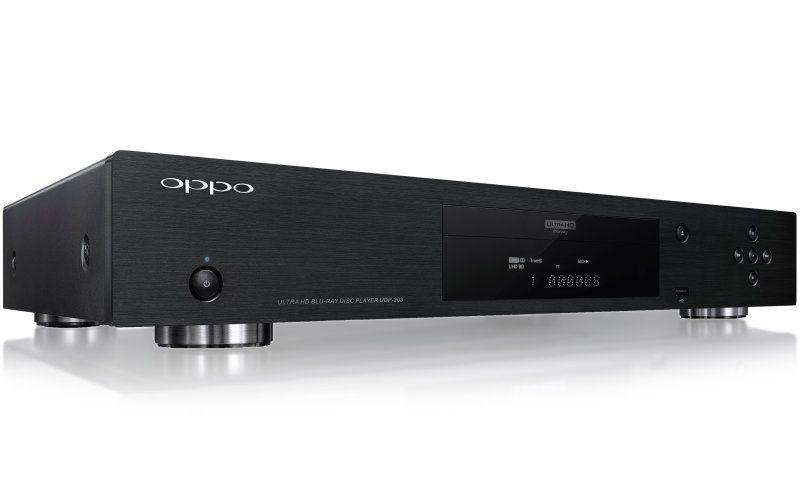 Goodbye to My Oppo UHD Disc Player, Hello to a Whole New System

Jerry bids a fond adieu to his beloved UHD Blu-ray player, as he looks toward more exciting frontiers in the world of high-performance AV.

Last month, we sold our home in Los Angeles, and get this: we sold it with nearly all of the AV gear as part of the deal. That includes all of the obvious stuff like the Crestron shades (19 total); the full Crestron lighting control system, the in-wall Crestron keypads; the Classé electronics; a $25,000 8×8 Crestron 4K video switcher; countless in-wall and “invisible” speakers; various amps; modems; routers; enterprise-class Wi-Fi; custom racks; two Apple iPads; all of the Crestron hard remotes; 40-, 55-, 60-, 65-, and 85-inch 4K UHD televisions; and more.

The buyer of my house, an executive at one of the top streaming companies, wrote me an eloquent letter to go along with their family offer on the house, saying, “I just hope that I get a chance to hear your Focal Sopra speakers before we close, assuming you select our bid.” Through my real estate agent, I responded, “You can not only hear the Focals; you can OWN THEM (for a very fair price),” and he jumped at the opportunity. Finally, after far too many months on the market, I found someone who actually truly understands all the time, money, and effort that we put into this house in terms of automation, high-end sound, 4K video, outdoor living, and more. We pulled a Monte Hall and made a deal.


In the end, I only left with my Roku 4K streamer, my beloved Oppo UDP-203 UHD Blu-ray player, the two DirecTV receivers (which must go back to AT&T via the FedEx store who reportedly will ship them back with no fuss and no box), as well as my loaded, 56 TB Kaleidescape movie server paired with the 320-disc Blu-ray carrousel. In the short term, we are pairing down to condo living while watching the housing market settle down a little.

So, now comes the time when I aim to scale back my AV system a little but modernize my rig at the same time. I am not sure that I can rock an 85-inch screen in my new condo, but if I can, I absolutely will, as the prices of full-array local dimming LED sets, even at 85 inch sizes, has dropped so much in the past five years that the my old, $10,000 Samsung can now be replaced by a $5,000 or $6,000 model that’s significantly better (and boasts HDR to boot). I need a rack solution that isn’t too fancy in the short term, which likely will come from Middle Atlantic, as the Roku and other components all still have custom rack faceplates and shelves from the old system. I am thinking a nice soundbar in the bedroom, as I saw the new Bowers & Wilkins Formation stuff come out this recently, but I might not be able to get my hands on the product fast enough for my needs.


In the living room, I am likely going with a modest 2.1 system. I have recently reviewed sub-$1,000 speakers from Polk and Paradigm and have been blown away by the performance and value. A small RSL Speedwoofer (man, are they good) or a slightly bigger SVS will cover the bass, and a slimline Marantz receiver will do room correction (be it only for three speakers), switch all of the HDMI, and do needed video scaling. One massive bummer is that for the time being, I will be without DirecTV, as the building refuses to allow me to install a satellite dish. Cable sucks, but I am going to have a cable box. There are two saving graces here: one, I will have USC Football games on the Pac 12 Network; and two, they are telling me that I will have 950-plus Mbps Internet. That is insanely fast, but I will believe it when I confirm it via Speedtest.net once we are all moved in and settled.

The big change in my system that is surely going to light up the comments section is that I sold my Oppo disc player. Ebay.com, baby. $830! That is for a $500 retail UHD Blu-ray player without a box or manual. I am just blown away. Dennis Burger and I have been talking about how we rarely ever use our disc players anymore, except during reviews, and he’s got a UDP-205, of which I saw four or five listed on eBay with $5,000 buy-it-now deals. Wow. Hey Dennis: need a down payment for a really nice new car? eBay that UHD Blu-ray player sooner than later. You can rip SACDs and DVD-Audio discs to a NAS drive, and Tidal and Qobuzz have CD- to HD-quality streaming for $20 per month each. Even if you need a silver disc player (you don’t, as Andrew Robinson, Ben Shyman, and I have all ditched discs altogether) you can get a Sony or Panasonic that performs just as well for movies as the Oppo, for very little money.

On reflection? Not really. I might be nostalgic for what silver discs used to mean to me with decades of trips to Tower Records (in Philly and West Hollywood) over the years. I do badly miss Oppo as a company, as they were simply fantastic to work with. Like few others, they were a company that fully understood the wants, needs, and desires of the performance home theater enthusiast and audiophile. They also saw the writing on the wall when it came to silver disc players and bailed. I bailed, too, with a tidy little profit in my hands.

All of the above plays right into an ongoing discussion that Dennis and I have been having about keeping this site–and this hobby–relevant as market forces and buying demographics change, while remaining true to the spirit of what the site is and means for home theater enthusiasts. It’s not always easy, as AV enthusiasts tend to form early opinions of new technology and then stick with those opinions no matter how the technologies themselves evolve and improve. Streaming is a great example of this phenomenon. Even as recently as three years ago, streaming–while pretty nifty in terms of convenience–was iffy at best in terms of quality. Even with a beefy Internet connection, cut-out feeds, dropped resolution, and compression artifacts were the norm.

But that was then. Today’s streaming 4K content from the likes of Amazon Studios, Netflix, Vudu, and so many others, is ultra-high-performance and comes to you via a little sub-$100 4K streaming device like my personal choice, Roku. Your access to content is insane. You get everything from mainstream television and movies to ultra-niche programming–the sort of specialized content that finally convinced Dennis to cut the cord. For big-time sports fans like me, that is still too radical of a concept, but I am understanding it more and more.

But let’s get back to quality on streaming. Take a good UHD Blu-ray disc and spin it up on a good player like an Oppo, Sony, Panasonic (anything you like), and then stream the same movie on Vudu. Can you see a difference? It really depends on the movie, but with most modern stuff, there’s only an appreciable difference if you squint, strain, pause the action, and tweak out, sitting far closer to a big 4K display than you really ought to. The visual delta in performance is a very small percentage. But here’s the thing: that’s if you do a direct A/B comparison. And when you get to that level of scrutiny, let’s face it: your AV system isn’t an entertainment system–it’s a pixel laboratory.

In terms of audio, someone recently commented on our Facebook page that streaming is fine if you have a soundbar, but it’s not up to snuff for serious home theater systems. So, we have to ask: was DVD not good enough for serious home theater systems? Because a lot of us got started in serious home theater enthusiasm in that era, and the DD+ audio you get from Netflix or Vudu is monumentally better than DVD sound ever was. Is the losslessly compressed audio found on Blu-rays and UHD Blu-rays better? Maybe. Certainly not always. At worst, streaming gets you pretty damn close the state of the art, with a lot more convenience and a lot less clutter, which has to count for something. The point is: don’t judge today’s streaming, which keeps improving in terms of quality and quantity, based on what we saw just a few years ago. That’s an unfair comparison.

I haven’t made all of the decisions as to what gear that I am going to buy for the short term. I might pop for a new Crestron brain and their new handheld, hard button remote, but only if I can easily reuse it in my next house. What speakers I am going to buy is a mystery that I will need to figure out sooner than later. They need to be a) somewhat affordable and b) good looking in this Mediterranean-style condo (not my look, but whatever, right?).

There are unlimited choices and I am not sure how I am going to narrow it down. I am looking forward to messing around with the whole concept of smart home at a much smaller level to see what we might be able to do with some very modest (think: buy it at Home Depot) Lutron stuff for lighting control.

If possible, I am interested in playing with toys like a Ring doorbell, August key-less door locks, and maybe an Ecobee thermostat. I need to be careful not to spend too much money on a condo that I don’t own, as we allege that we are going to buy another house in the next year or so if we find the right deal. In the meantime, even though it will be sad to say goodbye to my bad-ass rig at this house, it’s exciting to do a smaller yet state-of-the-art getup at the new place. I promise to share with you everything that I learn and how it could affect your system. In the meantime, I am going to go back to packing boxes. Wish me luck!