The GT220 is equipped with both voice and touch control and features Bluetooth 5.0 with support for aptX and AAC 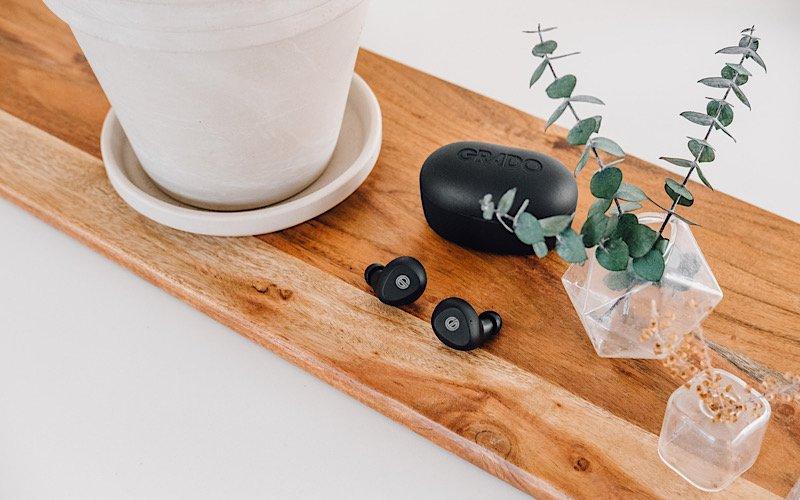 Grado Labs' has announced its first true-wireless earphones, which feature Bluetooth 5.0 connectivity with support for both aptX and AAC codecs. The GT220 sports touch controls, boasts 36-hour battery life, and is equipped with both USB-C and wireless charging. For better audio quality, the GT220 has a twist to lock mechanism that creates a tight seal in your ear for full-spectrum performance from 20Hz to 20kHz. The new headphones are available now for $259.

Today Grado Labs is introducing the GT220, the family's first true wireless pair of headphones. Years in the making, the Brooklyn company didn't want to rush the process of creating a compact and versatile wireless headphone with such vocality and depth. Easy to always have around, they're ready when you are. The midrange response is neutral and musical without any coloration, while the bass is definitive with excellent extension. The high frequency response is natural without any stridency. Grado spent as much time as needed tuning and fitting their signature mini-drivers for these TWS headphones, giving just as much dedication as they do to their full sized drivers.

The GT220 has a bifurcated capacitive touch system: the left side controls phone & voice, while the right side controls music playback. With a twist to lock, the GT220 can create a tight seal in the ear which plays a major role in sound reproduction. Also included is full volume control for when someone's half awake on a flight and doesn't feel like taking their phone out. Battery life was a major focus with the GT220 coming in at 36 hours of listening. These are up for anything from a subway ride to work to a coast-to-coast flight. The true wireless headphones hold 6 hours of playtime, while their case can charge them back up 5x over. The GT220 case has both USB-C and wireless charging options. Whether they're being thrown on for a quick charge before a run, or plugging it in over night, the choice is the listeners.

"I'm pretty excited about finally releasing the GT220", says Jonathan Grado, VP of Grado Labs. "We've been working on these for the last two years, and I've been using them almost every day for the past couple months. The battery life and charging options are some my favorite parts, really happy with not having to worry about if they're charged or not. They kind of just always are. I think my mom is tired of me telling her 'Look mom, no wires.' every time I walk by her with them on though."

With the release of the GT220, Grado is continuing the pursuit of putting their signature sound into a wireless package. This journey is spearheaded by the idea of focusing on our drivers. Nearing seven decades of experience in producing the sound that we aim for in our full sized headphones and cartridges has given us the knowledge to do the same for in-ears and wireless pairs.