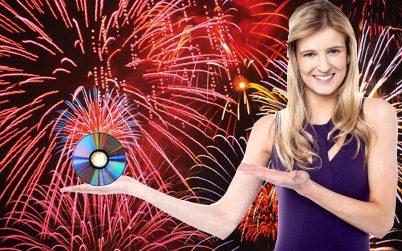 Feature News Stories
Published On: April 7, 2014
We May Earn From Some Purchases Via Affiliate Links

When was the last time you spent some quality time with your home theater or high-end music system? We're talking real quality time, when you just cued up a movie or album and enjoyed the fruits of your labor....

When was the last time you spent some quality time with your home theater or high-end music system? We're talking real quality time, when you just cued up a movie or album and enjoyed the fruits of your labor. Sometimes in this hobby, we can get so caught up in the details of assembling and upgrading and tweaking and analyzing that we can't see the forest for the trees. We forget to appreciate the movies and music that first inspired our AV passion.

It occurred to me the other day that I was guilty of that very thing. Months had passed since the last time I sat down and watched a movie through my home theater system. Oh, I use the system every day as part of my job. I'm always running tests on gear, and in the evenings you can usually find me in front of the system, casually watching TV - usually at lower volumes so as not to disturb a sleeping child. As I watched the recent Academy Awards telecast and discovered that I hadn't seen any movie nominated in any category, I realized that I might have lost touch with why this hobby interested me in the first place. It was definitely time to find some good content.

For casual movie watching, I'll often go the streaming route and pay a visit to Vudu or iTunes to rent something. I appreciate the convenience. But when I'm ready for a serious movie night in the theater, it's still all about Blu-ray for me. I want the best possible video and audio experience, and I don't want to be at the mercy of my home's sometimes-unreliable broadband speeds. Buffering and compression are not my idea of a good time. The local Blockbuster has closed shop, but thankfully there are three RedBox kiosks less than a mile from my home, all in the same shopping complex. So at least for the time being, it's still very easy to get my hands on new Blu-ray rentals.

Since I'm so far behind on everything movie-related and even further behind when it comes to new music, I reached out to the HTR writers to get some suggestions, posing this question to the group: what recent movie/music disc have you encountered that is a must-see/-hear through your home theater or high-end audio system? Here's what they had to say. 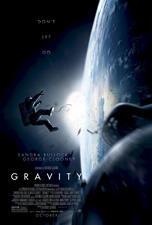 Gravity (HD Download/Kaleidescape Store )
"This movie did fantastically well at The Academy Awards but left me wanting a little more George Clooney and a little less Sandra Bullock. With that said, Gravity is pure eye candy. The deep blacks of space contrasted with the earth tones of, well, Earth make for a must-see demo. The CGI could drive a filmmaker nuts, but I liked it, and nothing reveals how good your plasma HDTV looks the way Gravity can."

Bonobo: Late Night Tales (CD)
"Recently, I've been on a bit of an electronic lounge binge, and Bonobo offers a chill mix of stylish sounds that take you on a bit of a musical journey. Unlike today's 'tracks' that are sold one song at a time, Late Night Tales brings more of a musical theme or concept album to the table. No, it's not Tales of Topographic Oceans or Dark Side of the Moon, but Late Night Tales is a record that you can spin over and over. While I am a digital guy, Amazon does offer this album on vinyl for about $30 for Prime customers." 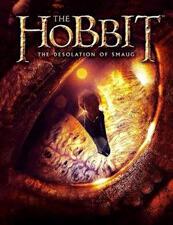 The Hobbit: The Desolation of Smaug (Blu-ray)
"Despite the fact that I still hate the theatrical cut of the film, I think it's obvious that Jackson and his team are getting a better handle on the realities of high-frame-rate cinematography. The Desolation of Smaug looks much less 'staged' than its predecessor (and looks better on Blu-ray than I remember it looking on the silver screen in 24fps). There's still some ookiness here and there, like the obvious (and obviously digitally enhanced) GoPro shots in the barrel escape, but overall it's a marvelous-looking disc.

The sound, too, is incredible. I thought I would miss all of those extra Atmos channels at home, but the tighter, nearfield effect of home theater really adds a lot to the film, especially in Mirkwood (those spiders! Eep!) and in Smaug's lair, where the surround channels work to build a sense of space much better than they did in my local cinemas." 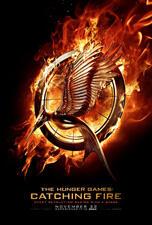 Myron Ho Picks:
Hunger Games: Catching Fire (Blu-ray)
"This one has a great score, dramatic action sequences, and beautiful landscapes where special effects blend very naturally with the scenery instead of looking too over the top like on many action-genre films. One of the final scenes where the dome collapses overhead and a helicopter flies down from the opening above makes for great test material if you happen to have height channels and the right processing capabilities to showcase height surround sound."

Brandon Eberhart Picks:
Thor II: The Dark World (Blu-ray)
"This one has some great battle scenes and will give your sub a workout – the THUD of Thor's hammer sounds really cool. Effects are top-notch and well up to Marvel standards."

Ender's Game (Blu-ray)
"Very clean video, great effects, and a good sound mix. Lots of bright, punchy colors. It definitely fills the 'razzle-dazzle' bill and has lots of good show-off scenes. Anything in the giant combat simulator is really cool."

Joe Locke: Lay Down My Heart (CD)
"Locke's vibe playing is captured in a very realistic
way regarding both the metallic quality of this instrument along with hearing the decays after his mallets strike each bar." 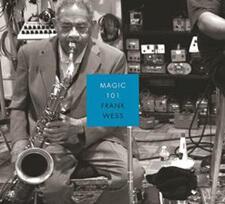 John Brown: Quiet Time (CD)
"All the players in the band were recorded with very natural timbres/tone, and the sound of the trumpet really rings true regarding the brassiness of this instrument."

Greg Handy Picks:
Frozen (Blu-ray)
"I just purchased Frozen for my five-year-old, and I like what I've seen and heard so far." Software review sites like BigPictureBigSound and High-Def Digest agree, giving this one very high marks in video and audio quality.

Rush (Blu-ray)
"It's an absolute must! The sound engineering in the race scenes is absolutely stunning!"

Mark Smotroff Picks:
David Crosby: Croz (HDTracks download)
"David Crosby's first new album in years is an excellent release, with superb songwriting and musicianship, available as a sweet super high-resolution 192-kHz/24-bit HDTracks download. Vocals were made with a 'beautiful' Neumann microphone resulting in a sound that is lush, full, warm and engaging."

Bruce Springsteen: High Hopes (CD)
"Bruce Springsteen's latest is more than just a bunch of random leftover tracks; it's actually a really compelling listen that sounds particularly great in the car. It's always great to have new tunes from the Boss, and this release sits well alongside his fine late-period run of brilliant albums since 2007's Magic."

Guided By Voices: Motivational Jumpsuit (CD)
"More lo-fi/hi-fi brilliance from Dayton's finest, Guided By Voices. This group's welcome and frequent releases are what it would be like if we got to hear new music from the 1968-era versions of bands like The Small Faces, The Kinks, and The Who every few months. I welcome it with open arms and ears."

Beck: Morning Phase (CD)
"Just got Beck's latest on CD. At first listen, it sounds real nice and full, with lots of acoustic guitars and ambient production flourishes. I like it enough from the get-go that I plan to pick this up on vinyl next time I see it for comparison and a full review." 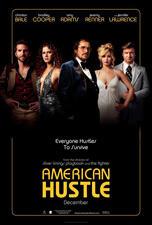 American Hustle (Blu-ray)
I plan to audition a lot of the above recommendations in the coming weeks, but ultimately I went with American Hustle. David O. Russell is steadily working his way up my list of favorite writer/directors, and the movie lived up to its award-season hype. Clothes and hairstyles (oh the hairstyles!) are like characters in this film, and they look great through the clean, detailed, natural-looking Blu-ray transfer. But the real treat are the sounds of the '70s - from America to Donna Summer to ELO to Tom Jones to Wings to Harold Melvin and the Blue Notes - brought to life through a great DTS-HD Master Audio soundtrack. It's a lot of fun.

Now let's hear from you. What recent movie or music disc do you highly recommend as a show-off piece for a great AV system?