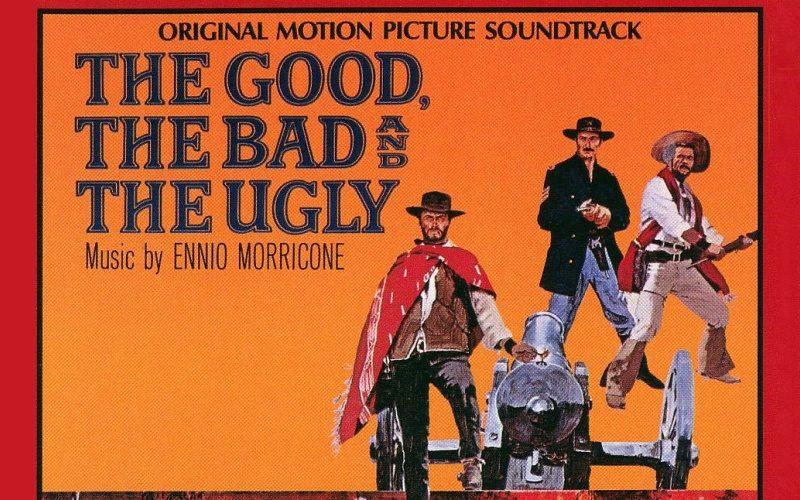 Feature News Stories
Published On: July 13, 2020
We May Earn From Purchases Via Links

A great score can be the glue that holds a film together and makes it memorable, unifying and accenting the story. Such was the gift of composer Ennio Morricone and other masters of the field. 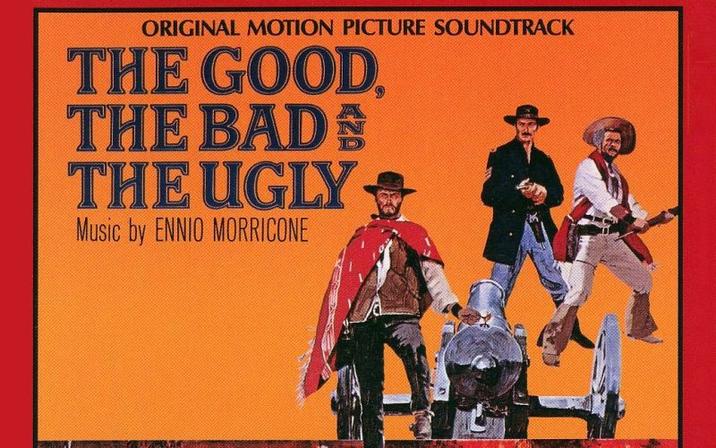 
Ennio Morricone died July 6. He was 91 and died in his native Rome, but his passing was felt as keenly in Hollywood as it was in the Eternal City. He won a competitive Academy Award for his work on Quentin Tarantino's Hateful Eight, was nominated for five others, and received a Lifetime Achievement Award from the Academy in 2007.

As I read his deservedly lengthy obit, I began to consider the role of a music soundtrack in movies. Music, even in snatches and patches, often becomes an integral element or additional character in a dramatic movie – rather than an out and out musical, such as The Sound of Music or a film about music or a particular composer, such as Amadeus – and can be the part that holds it together and makes it memorable, sometimes without our fully realizing it.


Try to imagine the Star Wars and Indiana Jones movies without the contributions of John Williams and you'll understand what I mean. Williams' first venture into the Blockbuster category was, of course, 1975's Jaws. The composer created a villain for Spielberg's movie with two notes – a theme that ran through the film the way a leitmotif runs through a Wagner opera.Two years later, he created the music for the first Star Wars movie for George Lucas. Four years after that, Raiders of the Lost Ark appeared with a story by George Lucas and Spielberg taking the directing chores – and again Williams was called upon to provide a memorable, dramatic, and exciting score. Williams would helm the music for both franchises for the next 40 years, with The Rise of Skywalker putting an endcap on the Skywalker saga and the fifth Indiana Jones movie slated for release in 2022.

There is little question John Williams has been able to create and sustain identifying compositions for movies that provide tension, familiarity, and anticipation in an audience for hours at a time. Williams's scores are as recognizable as a Beethoven symphony or a Beatles song. In an almost classical tradition, musical themes first stated in movies decades and generations earlier are restated with nuances and variations to provide audiences with an emotional through-line, but with enough freshness to keep the eyes firmly on the screen (and perhaps the hand in the popcorn).

There is also little doubt that he is the most successful music composer for movies of the modern era, and probably the most influential movie composer in history. Other Williams projects have included all of the Spielberg movies post-Jaws and four of the Harry Potter films, Richard Donner's Superman, and Home Alone I/II, just to name a few.

But if we dial the calendar back a few decades, we find that composer Nino Rota provided a foundation similar to that of Morricone's work for director Federico Fellini, among others. Going as far back as 1954' La Strada, the film that brought Fellini to international acclaim, Nino Rota's music often told as much of the story as the images and dialogue. It is not an accident that Giulietta Masina's Gelsomina follows Anthony Quinn's Zampano with a trumpet, wailing a beautifully mournful, lonely, and haunting tune. Rota would be associated with Fellini for the rest of the composer's life. He also created the musical connective muscle underpinning Coppola's Godfather and its sequel.

Moving even further back in time, would Gone with the Wind have had the same impact without Max Steiner's sweeping score? The score is so much part of the movie that a few bars of "Tara's Theme" conjure up a panoply of movie scenes.

Tara's Theme ~ Gone with the Wind

Moving across the pond to England, Carol Reed's The Third Man took an unusual and brilliant musical step. The 1949 movie is set in post-WWII Vienna, a city filled with intrigue, dirty doings, and deception. Carol Reed's direction is neo-German in its use of light and shadow. Anton Karas sets and maintains the mood with an edgy score written for solo zither. Karas performed the score himself, and became an international star in 1950.


For a full third of the 20th century, Dimitri Tiomkin's name was almost as ubiquitous on Hollywood movie scores as Edith Head's was for costume design. While he garnered 22 Oscar nominations for original score and won the Award for The High and the Mighty and The Old Man and the Sea, I think his masterpiece was Fred Zinneman's 1952 film, High Noon, bringing him not only the statuette for Best Original Score, but one for Best Original Song, as well. If you're of a certain age, any mention of the movie brings back the sound of Frankie Laine's voice singing the title song, sometimes known as "Do Not Forsake Me, Oh My Darlin'."

What many may not remember is that the movie was originally not well received at its press preview, with the studio considering not even releasing it. But Laine's cover was released – and became a hit. Some think it saved the movie. In any case, the song and Tex Ritter's voice played over the opening credits of High Noon. The song, music by Tiomkin, lyrics by Ned Washington, is a remarkable piece of story compression. It outlines the plot and Will Kane's (Gary Cooper) dilemma in a concise 2.5 minutes. The musical theme and incidental shots punctuate the movie, reminding us of its internal and external realities and building tension.

Elmer Bernstein was yet another prolific film composer. Possessing a gun belt with more than 150 film-score notches, Bernstein won an Oscar for his score for 1967's Thoroughly Modern Millie. However, today, he is probably best known for his 1960 score for The Magnificent Seven. The hard driving theme keeps the movie moving and provides a tension of its own. Bernstein also made his mark with music for Martin Scorsese's The Age of Innocence, DeMille's The Ten Commandments, and even such comedies as Airplane and Animal House.

1962 was a pivotal year for French composer Maurice Jarre. That year saw the release of three major movies he scored: The Longest Day, Sundays and Cybele, and Lawrence of Arabia. To me, the latter, directed by David Lean, is the strongest of those efforts and Jarre's creation of music to fit the changing visuals – Brit office in Egypt, undulating desert, Bedouin camp, etc. – was both masterful and unifying. The score earned him his first Oscar for Original Film Score. His work with David Lean on Doctor Zhivago and A Passage to India garnered two more Oscars for Jarre. Zhivago featured a balalaika, hearkening back to The Third Man's zither. Other notable films he scored include Witness, Fatal Attraction, Ghost, The Man Who Would Be King, Shogun, and The Year of Living Dangerously. Jarre's scores unified and accented what were sometimes difficult-to-follow stories.


Around the same time that John Williams was breaking new ground with full orchestral soundtracks, a composer named Vangelis was engaged to create an anachronistic, mostly electronic score for David Puttnam's 1981 Chariots of Fire, a movie set in the 1920s. While it was not the first movie to create a score mostly via synthesizer (Alan Silvestri and others had been doing so for some time), its sound was intentionally and ostentatiously electronic, rather than traditional. The music was creatively used to punctuate, complement, and contrast with parts of the film and "The Chariots of Fire Theme," accompanied by visuals of slow-motion runners along the beach, has become iconic. The visual and the aural elements work together to give the audience a feeling of the exhilaration and strain of competitive track, which is one major theme of the movie.

Of course, music has always been an important part of movies; the "silents" weren't really silent. While they had no audible dialogue, most had live piano accompaniment that augmented the screen action. This survey provides a view of innovative, influential, and effective soundtracks over time, but it barely scratches the surface of the great scores and important soundtracks in the film archives. Missing from this discussion is the music of Erich Wolfgang Korngold, who in the 1930s created the music for a host of movies including The Adventures of Robin Hood and The Private Lives of Elizabeth and Essex, both with Errol Flynn. Also worth a mention is Virgil Thomson's score for a 1948 film called Louisiana Story, which remains the only soundtrack to garner a Pulitzer Prize.


Looping back to where we started, though, it's arguable that few of these composers (save, perhaps, Williams) had as much of an impact on the general public's association of music with film as did Ennio Morricone. How many of us would still hold The Good the Bad and the Ugly in such high regard if not for the composer's unforgettable theme, with its distinctive mix of ocarina, harmonica, flute, and the human voice? Can you even imagine the Man with No Name's distinctive squint unaccompanied by Morricone's iconic oo-ee-oo-ee-oo-wah-wah-wah? Even if you cannot remember a line of dialogue from that film – even if you've never seen it, for that matter – you almost certainly failed to resist the urge to hum or whistle along with that iconic piece of composition. That's the power of music.

The Good the Bad and the Ugly • Main Theme • Ennio Morricone