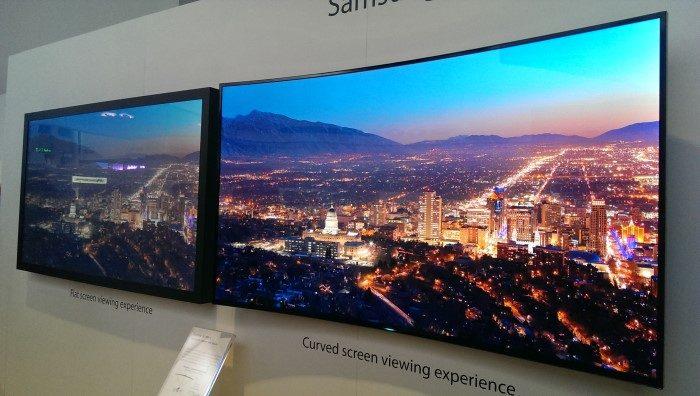 Remember last September when I said that OLED was alive and well, thanks to the at-long-last arrival of 55-inch OLED TVs by both Samsung and LG? The TVs arrived with much fanfare and received a lot of high praise from... 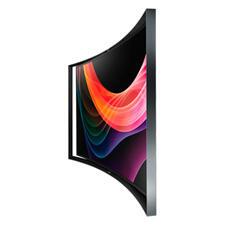 Remember last September when I said that OLED was alive and well, thanks to the at-long-last arrival of 55-inch OLED TVs by both Samsung and LG? The TVs arrived with much fanfare and received a lot of high praise from reviewers, myself included. I gave the Samsung KN55S9C a five-star performance rating, concluding that it truly delivered on all the promises we’d hoped for from OLED. My time with the Samsung OLED made it a little easier to deal the impending demise of plasma. Even though these first OLED TVs were prohibitively expensive, in time those prices would fall, and videophiles would still have a flat-panel technology to love (since many refuse to love LCD).

It seems, however, that earlier reports of OLED’s death may not have been greatly exaggerated…just a bit premature. Last fall’s optimism began to give way to winter concern when, in December, we learned that Sony and Panasonic had ended their joint partnership to develop OLED. Then came the International CES in January, where LG was the only major manufacturer to introduce larger-screen OLED TVs. TV makers like Hisense and Haier showed off 55-inchers, but new OLEDs were conspicuously lacking in the booths of Samsung, Sony, Panasonic, Toshiba, and Sharp.

Now, another round of news stories has both Samsung and Sony suspending their OLED production and focusing on 4K LCDs. The companies claim that this decision is based on the high cost of OLED manufacturing, the well-documented production issues that have resulted in low yields for large-screen OLEDs, and the lack of consumer demand at this stage. Those first two problems have existed for quite some time and didn’t seem to daunt all the efforts leading up to the introduction of the Samsung/LG models last year, which leads me to believe that the lack of consumer demand has to be the primary issue why manufacturers have now decided to officially dial back their OLED development. I don’t have any official sales numbers, but apparently those first OLED sets simply didn’t sell well enough to justify all the other struggles.

Why is that? Why was consumer demand for these new, wonderfully performing OLED TVs so low? Of course, price was a huge hindrance for the general buying public. That’s a no-brainer. Surely the OLED manufacturers did not expect these $9,000-plus 55-inch TVs to sell well with the average mainstream consumer. Surely they were counting on a certain percentage of enthusiasts who were willing and able to pay more to be early adopters, just as the industry has always done. Why didn’t this particular audience step up to the plate? Does this audience even exist anymore? In a landscape where things change so quickly and prices drop so fast, is no one willing to pay more to get the coolest new thing right when it hits the market? If the early adopter is truly a relic in the home theater business, then I fear our entire industry will soon be one, too. 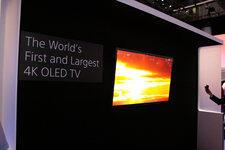 So, let’s consider a less pessimistic alternative. Let’s blame the manufacturers for not understanding their target audience for OLED. Beyond performance, what is the coolest thing about OLED? The thing everyone noticed when the prototypes were first revealed? The answer: its super-thin, super-light form factor, even more so than the edge-lit LED-based LCDs currently crowding retail shelves. And what did we get when the TVs finally arrived on the market? Curved screens. In the case of the Samsung that I reviewed, the curved screen was also suspended inside a heavy, even-more-curved metallic frame that did absolutely nothing to show off how very thin and light the OLED panel actually was. Instead of letting OLED distinguish itself from LCD and plasma in its performance and form factor, manufacturers insisted on trying to add a visual distinction to justify the higher price. They’re now doing the same thing with higher-end Ultra HD TVs, too – trying to sell us on a curved design that nobody wants.

Yep, I said nobody. In my dealings both inside and outside the industry, I have not encountered or heard from a single person who wants a curved TV or thinks it’s a good idea. Our Comments section is loaded with people who just don’t get what the curve is all about. My friends who are thinking about buying a TV ask me why on earth they’d want a curved screen. At least with 3D, some people thought the idea was cool, even if the current implementation has failed to catch on beyond a small but devoted audience. The curved screen doesn’t even seem to have that in its corner. (If you disagree and are excited about the curve, tell us so in the Comments section. We want to hear from you.)

A curved screen might provide some benefit with off-axis viewing angle in a large-screen LCD, but all this talk of how it creates a more immersive experience on a flat-panel TV seems kind of silly. No TV is going to re-create the IMAX experience. Maybe if you pony up for one of the 105-inch curved TVs shown off at CES, the curved design might provide a slightly better sense of immersion, but the cost of those TVs makes a 55-inch OLED look like the budget option. If you want IMAX-like immersion, you’re better off getting a good projector and a curved projection screen.

At least with Ultra HD TVs, flat-screen alternatives do exist. Thus far, that has not been the case with OLED, where all of the initial offerings and most of those on display at CES were curved. If no one wants a curved screen, then no one wants OLED. One of the only criticisms I had of the KN55S9C in my review was that I simply did not like the curved screen. I didn’t like the form factor, and I didn’t like the way it stretched and distorted reflected objects, making them even more distracting.

Perhaps the biggest drawback is that, even though the manufacturers say that some curved screens can be wall-mounted, who wants to mount a curved screen on a flat wall? For years, the trend in both TVs and mounts has been thinner, thinner, thinner. We want thinner TVs that require thinner, lower-profile mounts. And now you’re telling us that curved screens that add unnecessary inches in depth are desirable?

According to Timothy Duffy of Simply Home Entertainment, a boutique, ultra-high-end custom AV installation firm in Beverly Hills, the wall-mounting issue with curved screens, OLED included, is a major drawback: “Every client we have wall-mounts their flat-screen TVs…much like a picture frame. LED TVs can be mounted to sit off the wall no more than two inches (and often less than 1.5 inches). Flat OLED TVs should allow for an even slicker and flatter installation, except the manufacturers decided to curve the screens, making these OLED TVs virtually unmountable.”

If the first OLED TVs were targeted at the higher-end market and higher-end clients almost always wall-mount their displays, is it fair to conclude that the current OLED aesthetic, more so than its price, is to blame for poor sales? Duffy adds, “I think curved screens are a ridiculous idea, even in a front-projection system with a 30-foot-wide screen; it is absolutely asinine when considered for a 50- to 100-inch TV installation…This is yet another example of manufacturers doing something because they can; not because they should.”

Right now, LG remains the lone big-name backer of OLED, and the company did recently launch (albeit with far less fanfare) the 55EA8800 Gallery OLED TV, a flat alternative to the 55EA9800. But is it a case of too little, too late? With its arch nemesis Samsung backing away from the category, will LG’s commitment to OLED falter, as well? Time will tell, but I sadly predict that it will, which means all you LCD haters had better take really good care of your plasma televisions. Maybe even stock up on a few extras to store away in the basement for a few years…just in case.

Building a Reference Grade Media Room on a Budget – Part One