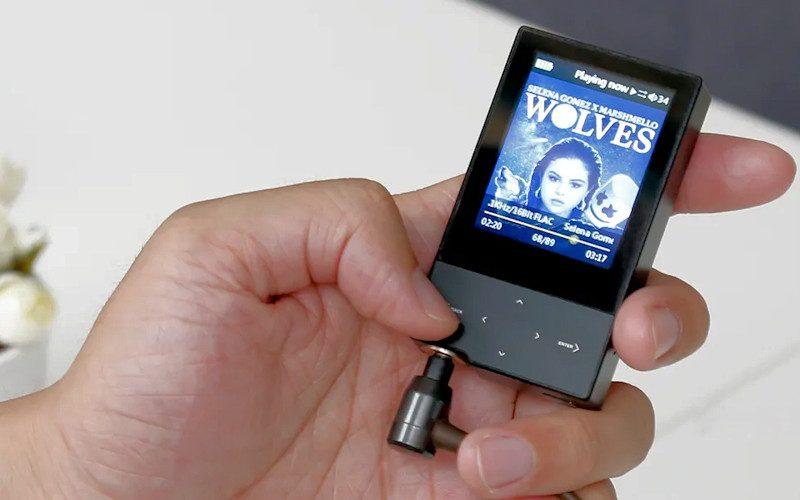 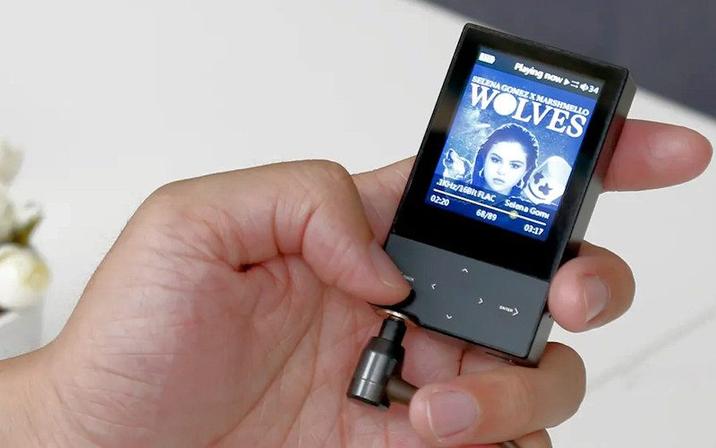 Although smartphones have completely absorbed the functions of point-and-shoot cameras and seem poised to usurp the role of portable music players as well, there are still times when having a separate portable music player has advantages--like when you are on a long airplane journey or in the gym working out. And while some manufacturers, such as Astell & Kern, have specialized in "premium" portable players, others like FIIO and HiDiz have focused on the other, more affordable end of the market. FIIO is well-known here in the U.S. but HiDiz, less so. Perhaps the HiDiz AP60 II will remedy that. The HiDiz AP60 II ($99) ranks as HiDiz' least expensive player. But although it is budget-priced, it comes with an impressive feature set. It supports high-resolution PCM files up to 192/24 and both DSD64 and DSD128. The player is based around the AKM AK4452VN DAC chip with the Maxim MAX9722A AMP chip for its analog output section. Besides the standard single-ended mini-stereo headphone output, the AP60 II also supports Bluetooth 4.0 with aptX. And for those audiophiles who use a computer for music, the AP60II has two-way USB connectivity. You can use it as a USB DAC for a computer or with a smartphone using the AP60 II's built-in OTG Host functionality.

Although the AP60 II's two-inch square IPS HD screen is full color and has built-in clock functions, it is not a touch screen. Given that the AP-60 II is designed to spend most of the time either in your pocket or on your arm via its accessory leather case ($15) the lack of a touch screen is of little negative ergonomic consequence. With an aluminum-alloy chassis that is available in either black, silver, blue, grey, or gold, the AP60 II measures only 1.65 by 2.95 by 0.55 inches (43 x 75 by 14 mm) and weighs a mere 0.21 pounds (95g). For storage the AP60 II has one micro SD card slot that can hold a 256 GB card. The AP60 II uses a basic but quite functional user interface that consists of a four-way control on the lower third of the front panel flanked by forward and backward buttons. On the left side of the player are two additional buttons: one for pause/stop/on/off and one rocker button for volume levels. To turn on the AP60 II, you merely hold down the button on the left side for three seconds. Waking it from sleep only requires a brief push. When it turns on (it only takes eight seconds) the AP60 II greets you with four options: "Music browse," "Music category," "Music setting," and "System setting." "Music browse" takes you to a listing of your SD card's contents. "Music category" allows you to select by album, artist, genre, favorite list, M3Ulist, and recently played. "Music setting" has options for gain, DSD output, equalizer settings, play modes, gapless playback, max volume settings, start-up volume level, and channel balance. "System setting" provides options for language, Bluetooth, USB mode, display brightness, backlight times, clock mode and clock setting, power settings, and system updates.

Sometimes a component under review only spends a brief time with me, but that was not the case with the AP60 II. I have had this player for over six months. During that time, it has been my only workout player--three times a week for almost two hours each time. I estimate its seen over 200 hours of hard use.

I mentioned the AP60 II's optional accessory case earlier. For me it proved to be anything but optional. First, the case is as well made and as ergonomically elegant as the ones you can buy for Astell and Kern players, but it is far less expensive. With its thick stretchy arm band and fold-over snap-close cover, it's perfect for working out. After six months of work-outs it's still looking good and the band hasn't lost any of its stretchiness.

I purchased my AP60 II from HiDiz' website. It took slightly more than three weeks to arrive via China Post. I got the case from Amazon. It arrived in three days. Recently, I tried to purchase the new AP60 PRO from the HiDiz site. After six weeks I contacted them. After two more weeks they issued a refund, as the player was lost in shipping. Since Amazon has the AP60 II for less money and it will arrive in under three days if you're in the US, I recommend going the Amazon route instead of using the HiDiz website (Although it's better for info about HiDiz products.)

I've reviewed many portable players, both high-priced ones and inexpensive ones, like the AP60 II. The inexpensive ones do have one big advantage over the pricy ones: if you lose them during your travels they are easy on your wallet to replace. If your primary use for a portable player is out in the world as opposed to around your home or at your desk, self-insurance by way of an easily-replaceable player isn't the worst strategy to employ.

If your primary mode of music is via streaming sources, the AP60 II will probably not be for you. It has no Wi-Fi connectivity, so there's no way to get a stream directly into the AP60 II. You can, via its Bluetooth option, stream from your phone to the AP60 II, but then you will be draining the batteries on two portable devices simultaneously, which could be an issue on a long trip.

Sonic Impressions
I mentioned earlier that the AP60 II has been my go-to workout player for over six months now. During that time, I've paired it with several wireless in-ears. In every case the weak link in the system's sound quality has been a result of the Bluetooth connection and the sonic capabilities of the earphones themselves.

When used with a pair of wired headphones, the amplifier in the AP60 II handled easy-to-drive and sensitive in ear with no issues. High impedance headphones, like my pair of Beyerdynamic DT-990 600 ohm version, were less ideal, with stunted volume levels that were a result of the AP60 II lacking the drive necessary to power the DT-990s optimally.


When I compared the AP60 II with the Sony NW-ZX2 ($1,199) using the wired Astell & Kern / Jerry Harvey Billie Jean in-ears ($349), the first thing I noticed was the rawer, less refined midrange from the AP60 II on male vocalists such as the Alexis Harte on his excellent solo album 6 Spoons of Honey. The AP60 II wasn't threadbare, exactly, but its harmonic character was thinner and more mechanical than the Sony player. I would attribute a majority of the sonic difference at the feet of the HiDiz op amp chip, which lacks the musicality and listenability of the Sony's headphone amplifier circuit.

One major point for the FIIO: it offers greater battery life, with 24 hours of playing time versus the HiDiz' 10 hours. But the HiDiz AP60 II has greater storage capabilities since it supports a 256 GB card, while the FIIO's upper limit is a 64 GB card. One final, but big difference--the HiDiz AP60 II supports Bluetooth 4.0 while the FIIO M3 has no Bluetooth capabilities to connect with Bluetooth headphones.

Conclusion
If you are someone like me who uses a portable player for travel and work-outs, and want one that is small, reliable, decent-sounding, supports Bluetooth earphones, and costs about $100US, I strongly suggest you look at the HiDiz AP60 II player. For me it's become an essential travel and workout companion.