This month, HiFiMAN will introduce an upgraded version of its HM901 hi-res portable music player. The new HM901S ($1,499) retains most of the features of its predecessor but adds DSD playback, an aluminum case, a more powerful CPU, and a... 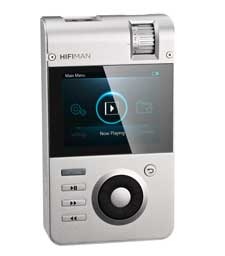 This month, HiFiMAN will introduce an upgraded version of its HM901 hi-res portable music player. The new HM901S ($1,499) retains most of the features of its predecessor but adds DSD playback, an aluminum case, a more powerful CPU, and a redesigned user interface.

From HiFiMAN
HiFiMAN has announced the HM901S, an upgraded version of its landmark high-res portable player. When introduced in 2013, the original HM901 was the first portable player to play true high-res audio files and quickly established itself as a reference audio product.

In addition to offering unrivaled sound quality, the HiFiMAN HM901S accepts a wide array of audio formats, is expandable and easy to operate. Featuring a handsome aluminum case, the HM901S will be shipping in June 2015 with an MSRP of $1,499 for a package of the player with choice of an installed balanced amplifier card or Gold minibox.

HiFiMAN's original HM901 was notable for its innovative use of replaceable amplifier cards, expandable memory via SD cards, Dual Saber ES9018 32-bit DAC chips, advanced step potentiometer and TAICHI user interface. The HM901 was distinguished from other portable players by its superb sound quality and quickly became a reference portable player among audiophiles.

The HM901S incorporates all those design features plus sports a luxurious aluminum housing for durability along with increased rigidity and heat dissipation. For ease of operation, the new HiFiMAN player also has an improved UI with a more precise click wheel. For faster on /off times, a powerful CPU will now turn the player on or off in a mere three seconds. Lastly, the HM901S now plays DSD files.