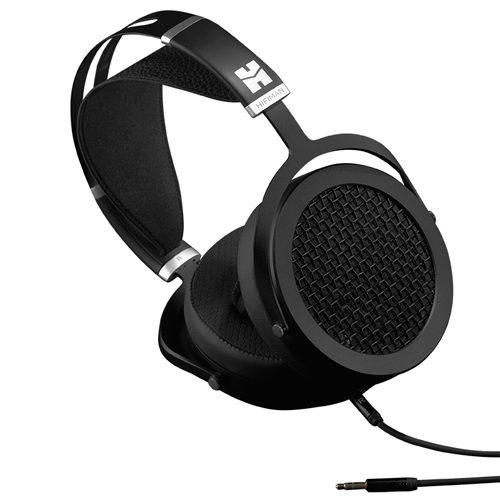 HIFIMAN has introduced a new planar headphone called Sundara. This over-the-ear headphone features a new, proprietary diaphragm that is 80 percent thinner than previous planar models, resulting in "a faster response time, wider frequency response, and more detailed sonic signature." The Sundara has a 37-ohm impedance, a 94dB sensitivity, and a stated frequency response of 6 Hz to 75 kHz. It is available now for $499.

From HIFIMAN
HIFIMAN has announced the debut of Sundara, an over-ear planar headphone that features a new, proprietary diaphragm that is 80 percent thinner than previous planar models.

"Sundara comes as a result of our determination to create a premium planar headphone for everyday use," said Dr. Fang Bian, Founder and CEO, HIFIMAN. "The new model represents the best of our design capabilities manifest in an affordable model that can be worn and enjoyed for hours on end."

Sundara is a Sanskrit term meaning "beautiful" and "noble," both of which are accurate descriptions of the new headphone design, inside and out. For maximum comfort, HIFIMAN imbued the Sundara with an all-new headband design for accurate fit and long-lasting comfort. Similarly, the all-aluminum ear enclosure and newly developed diaphragm with an 80 percent thinner diaphragm than found in previous models add up to wider frequency response - 6Hz-75kHz – with an increase in sonic detail that reveals the fine points in well-recorded music.

The Sundara over-ear planar headphone is available from HIFIMAN dealers and the company's online store: http://store.hifiman.com/.